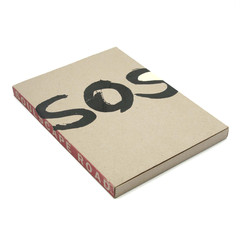 A meditation on the Aceh Tsunami disaster by Oscar Motuloh, one of Indonesia’s most influential photographers and founder of Galeri Foto Jurnalistik Antara in Jakarta. The images in SOULSCAPE ROAD are like beads of meditation, like tasbih or Rosario. Through the optical game, they drag us to the depth of event and mystery of the soul, then bring us back to reality. It’s like a walk in a dark tunnel to finally see the light at the end of it. It is also the mirror of civilisation as well as a life cycle in a period of history of time. This origin of grief made a line that connects the axis of national disaster after Aceh’s Tsunami. Winner at IGDA 2009.

Born in Surabaya, East Java in 1959. Oscar Motuloh works as photojournalist at Antara Photo News Agency since 1990. He studied photojournalism in Hanoi (1991) and Tokyo (1993) and has produced several books of photography: “East Timor, A Photographic Record”, “Marinir”, “Pengawal Samudra”, “The Land of Bulungan” and “East Timor, The Long and Winding Road”. The most recent book is the collected work of Eddy Hasby, a photojournalist at the premier Indonesian daily newspaper, Kompas. Motuloh teaches photojournalism at the Film and Television Faculty of the Jakarta Arts Institute and at the Antara School of Journalism. In 1992 he founded Antara Gallery for Photojournalism (Galeri Foto Jurnalistik Antara), the only of its kind in Southeast Asia. He frequently sits as jury for various photo contests and to be curator for various exhibitions around Indonesia. He exhibited frequently internationally and has written/edited many photobooks from various Indonesian photographers.