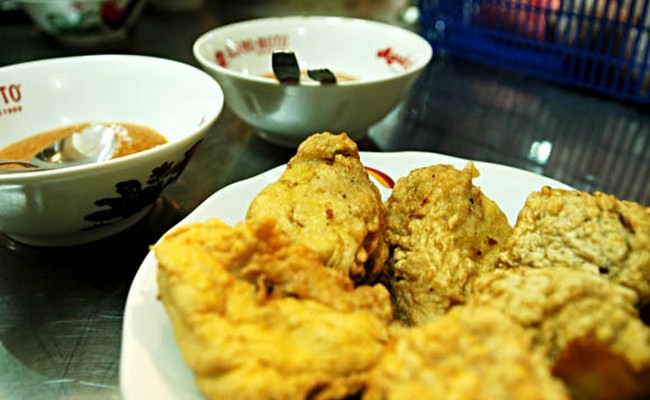 Why do I always gain 5 kilos when I’m in Indonesia? Isn’t the hot sun supposed to burn of calories? Well…In the Indonesia context ‘no’ often means ‘yes’ whereas ‘yes’ turns out to mean ‘no.’ So as a result ‘Yes, I’m full, will lead to another full plate’ as will ’No thank you, I had enough.’ By no means an easy mechanism to come to terms with. But you can say yes, yes, yes wholeheartedly to these 5 popular Bandung snacks!

Fitting in with the majority of the Indonesian population requires eating a lot of food and eventually not fitting your wardrobe anymore. Not only do you need to eat to live, but in Indonesia it also plays an important role in social interaction and maintaining relationships. The phenomenon of ‘oleh oleh’ basically entails buying souvenir snacks for family and friends. Since Bandung is one of the richest and most popular destinations for food lovers, people will probably ask you to bring them some of Bandungs’ legendary traditional snacks. Here a list of the most popular ones and where to acquire them: