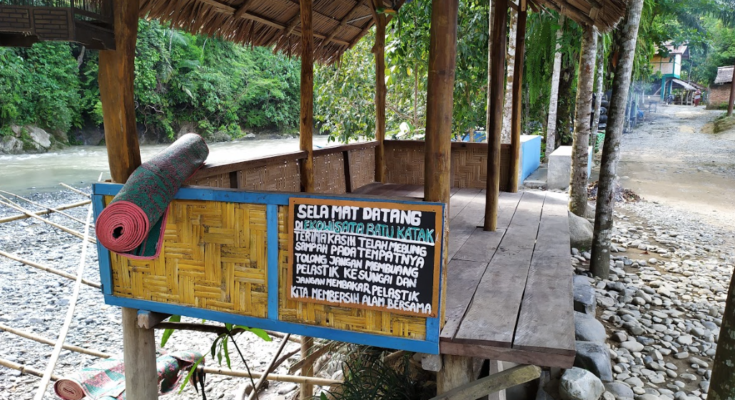 Community-Based Ecotourism as a Way to Ensure Nature Conservation, and Well-being in North Sumatra, Indonesia 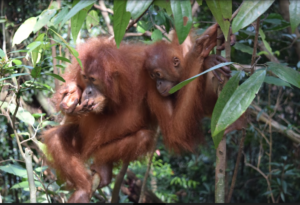 “Working as an ecotourism guide has always been my dream. I love to meet new people and I feel that it is an honourable job, in terms of conserving nature, so I work from the heart”- An ecotourism guide from Batu Katak hamlet bordering the Mount Leuser National Park.

However, long-term development in Indonesia is threatened by environmental degradation and climate change, as much of the country’s economic growth has been driven by the extraction of natural resources at the expense of the environment, such as deforestation to make way for monoculture plantations.

One of the main challenges for Indonesia is to reduce poverty and inequality, whilst also conserving its natural resources. Additionally, with the ongoing Covid-19 pandemic, now more than ever people are becoming aware of the link between human health and the health of the ecosystem, where protecting nature and biodiversity hotspots has become increasingly crucial.

In Indonesia, the island of Sumatra stands out due to the intensive deforestation that has resulted in the conversion of 70% of the island’s forested area up until 2010. The deforestation of the pristine and overwhelming biodiversity areas happens because of reasons interlinked with livelihoods. 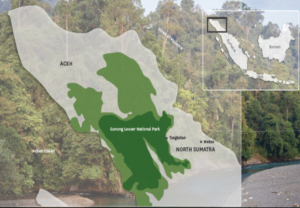 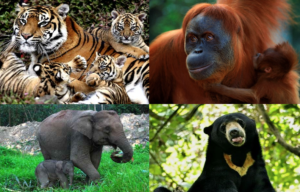 Some of the critically endangered species inside the Mount Leuser National Park. 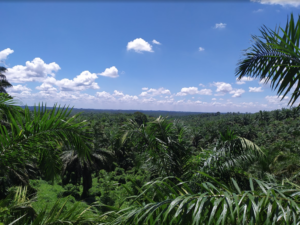 Deforestation of the Sumatran rainforest has severe knock-on-effects including the decline in ecological functions, vital for the lives and well-being of the population living in the region, such as fresh water supply, prevention of soil-erosion and floods, and of course climate regulation. Additionally, deforestation also negatively impacts local economies due to the loss of income from ecotourism opportunities, as ecotourism tends to create many jobs, such as ecotourism guides, kiosks, warungs (small restaurants), homestays and many more tourism related jobs.

Given that the main driver of deforestation in the Mount Leuser National Park is interlinked with livelihoods, a sustainable source of income for the local population living adjacent to the park is crucial to reduce it. Ecotourism is said to be one of the ways to conserve nature and biodiversity, and at the same time increases socio-economic development, and well-being of the local population.

More specifically, Community-Based Ecotourism which is a form of ecotourism, is argued to be a mutually reinforcing relationship between conservation, and sustainable livelihoods. The World Wide Fund for Nature (WWF) defines it as ‘a practice of tourism where the local community has a significant control over, its development and management, where a major percentage of the benefits stay within the community’.

Thus, its aim is to promote conservation and ecological sustainability, by providing the possibility for an alternative livelihood of the local population without degrading nature, therefore contributing to the well-being of forest-edge communities, and increases incentives for conservation of biodiversity through income generation. 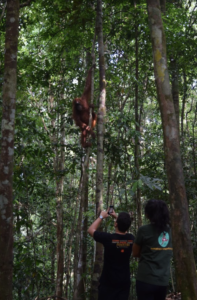 Community-Based Ecotourism CBE has been regarded as an important income generating strategy that does not harm nature in many destinations bordering the Mount Leuser National Park. This is evident in Batu Katak which is a small ecotourism destination nestled on the edge of the Park, and is a three hour drive from the city of Medan, the capital of North Sumatra.

Batu Katak is located alongside the Berkail River where many ecotourism activities take place such as jungle trekking, caving, bird watching, camping, wild water rafting, and wildlife spotting, including the endangered orangutans, gibbons and if you are (un)lucky the Sumatran tiger. Additionally, many cultural, mainly Karo, attractions take place in Batu Katak, including traditional dance performances, traditional medicine gardens, as well as cooking lessons for those interested in the local Karo culinary delicacies.

Besides being located adjacent to the Park, Batu Katak also has a captivating Karst Forest next to it. The Karst Forest is a distinctive ecosystem where the area of land is made up of limestone, and creates a landscape that features dramatic vertical cliffs, underground streams, springs and often complex cave systems. The karst forest is locally referred to as the Gunung Kapur (Limestone Mountain).

The combination of the panorama of the Berkail River, and the presence of critically endangered flora and wildlife in the Mount Leuser National Park, and the Limestone Mountain, makes Batu Katak a fascinating ecotourism destination, as well as an area with a high conservation value. 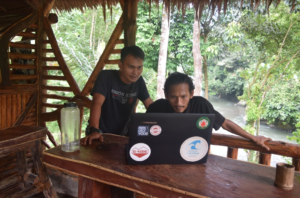 CBE in Batu Katak has the potential to improve the well-being of the local residents by paving the way for an additional source of income whilst conserving the biodiversity. However, it is not without challenges. Some of the main challenges faced by the local population since Community Based Ecotourism in Batu Katak are: the worsening of the water quality in the Berkail River due to tourism related water pollution, persisting deforestation, inequality of economic benefits from the tourism industry, and ongoing human wild-life conflict, for instance orangutans raiding durian plantations of local farmers, leading to a loss of crops and income. Lastly, the ‘shock’ of the ongoing Covid-19 Pandemic also has been a big challenge, which has made many people working in the sector doubt whether ecotourism is a viable strategy to gain income.

The Importance of a Diversified and Sustainable Livelihood Strategy

The Covid-19 pandemic has spotlighted the importance of diversified sustainable livelihoods to ensure conservation of nature and well-being. As is evident in Batu Katak, Community-Based Ecotourism is mainly seen as an additional source of income. Even though, the Covid-19 pandemic has had a negative influence on the well-being of the residents, however, given that most residents are not totally dependent on tourism, and have diversified livelihood strategies, their lives have not been as severely impacted as those people that are exclusively dependent on tourism, as is currently evident in neighbouring and more well-known Bukit lawing village, but also in Bali.

Therefore in the wake of the Covid-19 pandemic, a combination of community-based ecotourism, conservation, and sustainable agriculture would enhance the resilience of the local communities, and improve overall sustainable livelihoods and well-being.