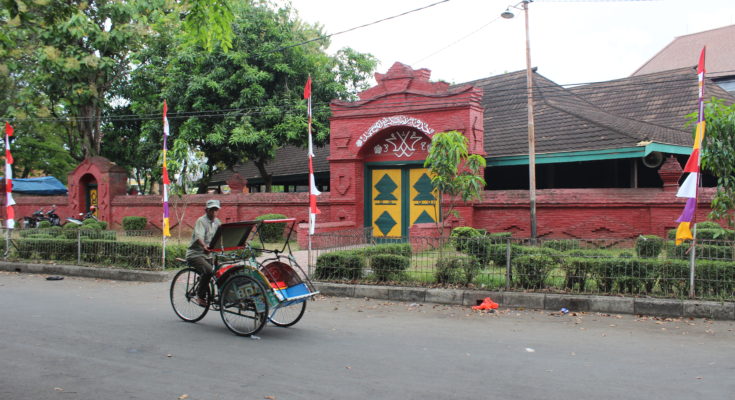 Tracing the Heritage of Cirebon (2) The Mosque

The Royal Mosque of Cirebon 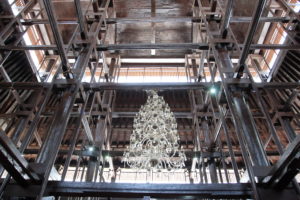 It was built by Sunan Gunung Jati and Sunan Kalijaga in 1480 along with the spreading of Islam in Java by Wali Songo. Its architecture combines the style of Demak, Majapahit and Cirebon.

Surrounded with red brick wall, the mosque is divided into two parts, the semi-open hall and the main room. At the hall, there is an old sacred well that is still in use by people to take ablution. It’s amazed that instead of using nails, all the pillars in the mosque’s hallway were connected pegs. There are nine entrance doors to the main room of the mosque from its hallway. This number represents the number of Wali Songo and uniquely all doors are not in the same size, between. 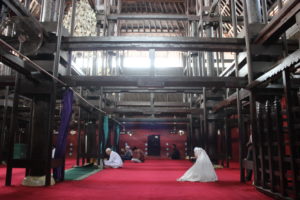 Once inside, you see the high ceiling right below the roof. The four main pillars called Saka guru were made from solid wood, still stand firmly without any renovation. Like any other mosque built in the early coming of Islam in Java, this holy house has a pyramid-shape roof built in three layers, called Limasan.