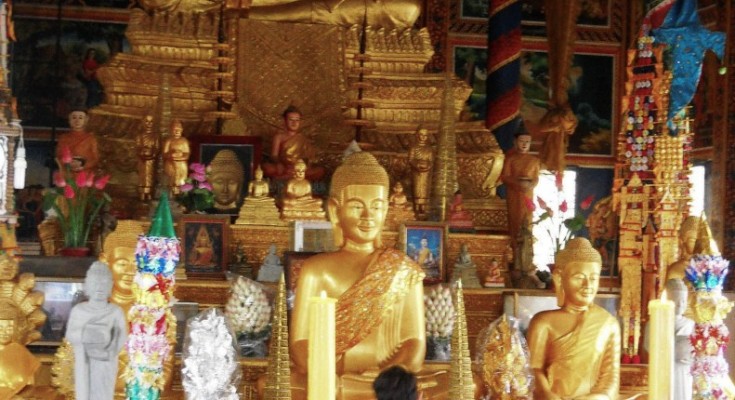 When to Travel to Cambodia

When to travel to Cambodia largely depends on one thing: the weather. But also take the cultural calendar of Cambodia into consideration, there is a wealth of cultural festivals & celebrations that you don’t want to miss! 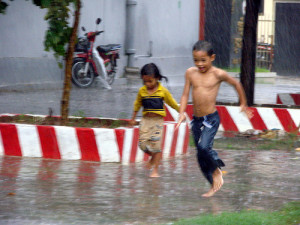 When to Travel to Cambodia: Seasons & Weather

Cambodia is located 10 to 13 degrees north of the equator. This means the climate overall is hot, often humid and sometimes very wet. Four seasons can be distinguished in Cambodia: hot and dry between March and May, hot and wet between June and August, (relatively) cool and wet between September and (early) November and cool and dry between November and February. Obviously, these seasons aren’t fixed, as weather patterns shift in Cambodia as anywhere else in the world.

Overall, the cool and dry season between November and early February is the best to travel around, as the temperatures are agreeable and the countryside is still vibrantly green from the previous rains. After February the temperatures rise, with April and May being the top months. The raining season reaches its peak in May and June, when monsoon rains can last up to a few hours. The rainy season might not be the most comfortable for travelers, but has certain advantages too; you will encounter fewer tourists (hence cheaper prices for rooms and air fares) and the Angkor Wat is wonderfully lush and definitely less crowded.

Pilgrimages to the pagoda at Pchum Ben , By: Gabi Yetter

When to When to Travel to Cambodia: Festivals & Celebrations

Cambodia has a wealth of traditional and international festivals. Most of these are a time of great rejoicing for the predominantly rural populace, many of whom flock to the capital to join in the celebrations and witness the organized fireworks displays which accompany the festivals. The most renowned festivals include the Water festival in October or November (boatraces in Phomh Penh and at the Angkor Wat), Pchum Ben in September (festival of souls, celebrated at many temples throughout the country), King Sihanouk’s Birthday Celebration (October 31), Khmer New Year’s Day (Mid April) and Angkor Festival in November or December (performing arts festival with the Angkor Wat providing the dramatic backdrop.

The colorful festival are a great way to experience Cambodian culture, but keep in mind that hotel might be booked fully in advance, as many of the rural Cambodians will flood the streets of Phnom Penh. The same goes for transportation.