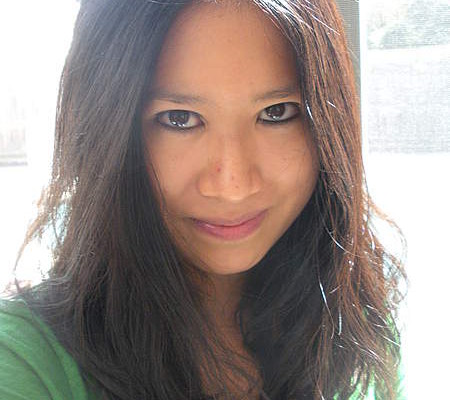 In the Mix: Meet Half Korean/Part Hawaiian Laura

This new series is a sequel to Cross-cultural couples, a series on mixed relationships we featured the last 2 years. Over 20 couples of mixed cultural backgrounds shared their stories on Latitudes.

Now we want to take it a step further and look what happens when mixed couples have children. In this series we talk to people with a mixed Asian background. Have these colorful roots entangled them? Confused them? In what way has their heritage formed their identity, how they look at the world and the world looks at them?

In this first installment of In the Mix we meet Laura, who is half Korean and part Chinese. 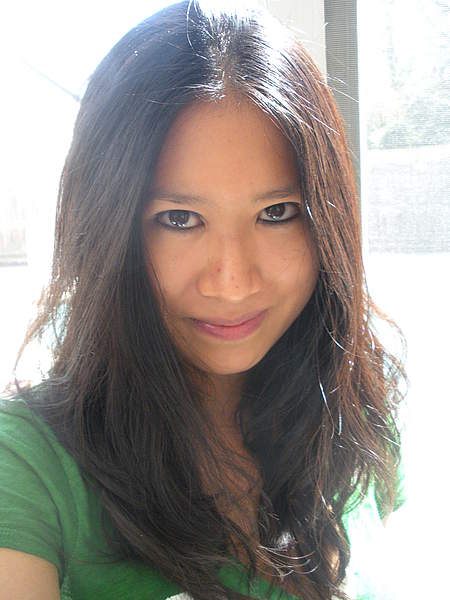 Laura is half Korean, part Hawaiian

Who are you and what is your mix?

My name is Laura, and I am half Korean, and part Chinese; most of my relatives live on the Hawaiian Islands. I am 25 years old. I was born and raised in Silver Spring, Maryland, but I will be living in Sheffield, England, while I complete a postgraduate pharmaceutical law program.

What’s the story of your parents?

My parents met at the University of Hawaii, while they were completing their undergraduate studies. My mother moved to Hawaii at age of 15 from South Korea, but my father had lived in Hawaii for his entire life up until that point.

When did you become aware of your mixed background?

I was always aware I was Korean-Chinese-American, and nothing about that struck me as particularly unique until age 9, when I realized that most of my other friends didn’t have extended family living 10 or so hours away on a series of tropical islands!

Have you ever felt that you don’t belong? How have you overcome that feeling?

I never felt I didn’t belong, until I started my undergraduate studies and the Asian population at the local church was more…homogenous. For the first time, I realized others looked at me and thought I was Hawaiian or Chinese, but never Korean, oddly enough. Other students wouldn’t believe I knew some Korean, and one classmate’s mother implied my parents were a bit strange for having married out of their respective ethnicities. I overcame that feeling—what I call the “quirky penguin” sense—by joining more extracurricular groups, such as Check One, which was geared toward Ivy League students of multi-cultural/multi-ethnic descent. There, it was normal—and even cool—to come from a diverse mix of backgrounds.

With which ethnicity do you identify with most? Why?

I identify most with being Korean, and then, a bit Hawaiian culturally. My mother is Korean—we had Korean food for dinner. We watched Korean soap operas together, celebrated Korean New Year’s (wearing hanbok), and I had always attended a Korean church. I went to Korean language summer camp as a kid. I spent most of my childhood summers in Hawaii, and worship would involve hula dance as a prayerful offering. I wore haku lei at graduations, and give lei to teachers as a thank-you gift.

How do others react to you? Have you ever experienced derogative comments? Do a lot of people ask you about your background?

In high school, there were plenty of diverse backgrounds, and I always felt welcome. In my undergraduate institution, that was not necessarily the case. It did take a while; some fellow Asians would comment about how they would bleach their skin to make themselves paler and prettier, and this made me feel unhappy, that they would be willing to possibly injure themselves—all to get rid of a type of skin tone that I had. But after a lot of searching and attending different cultural group events, I found my niche with other multiethnic/multiculturals at school. Being tanned and freckled wasn’t an anomaly—it was exotic, and beautiful. I always get questions about my background! Since I’m tanned and freckled, I’ve heard a variety of things. People thought I was Hawaiian (by blood), part Hopi, Japanese, part French…you name it, I’ve heard it! It makes for a hilarious conversation! My boss at work a few years ago told me she envied my “year-long tan.”

Do you feel your identity has been partly formed by your mixed background? If so, how?

My identity has been partly formed by my mixed background, but at the same time, it’s what you accomplish with your life that matters most—that, and striving to make the world a better place. My mixed ethnicity is part of me, but it does not define all of me. 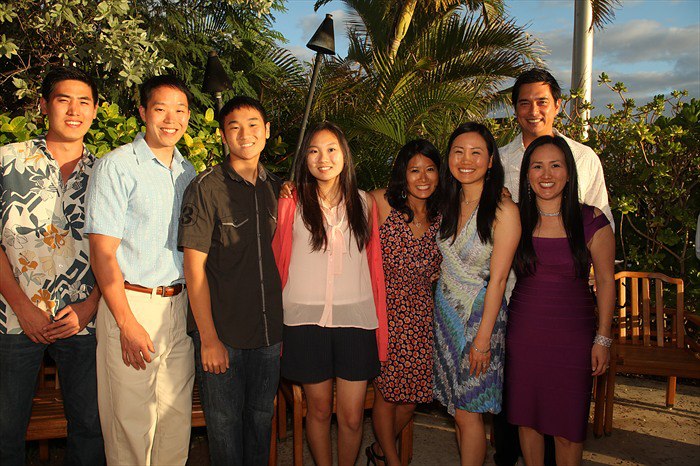 Laura, (in the printed dress) with several of her Korean cousins in Hawaii

What does it mean to be multi-cultural or bi-cultural?

Being a multi-cultural person means having a home–nowhere and everywhere. You’re open to learning more about the world around you. You can find you have so much in common with total strangers. You are more receptive to new ideas and innovative thoughts–and you know there is more than one possible path to success and ultimate life happiness.

Has your multi-cultural background influenced your worldview? If so, how?

Being multi-cultural has influenced my worldview. I have forged interesting, unique friendships, and I am well on my way to a life of awe-inspiring adventure. I believe anything is possible, and if you can dream, you can achieve. I firmly believe that there are many forms of beauty in this world.

Do you have a partner? Is he/she mixed or not?

As a recent law graduate, I shall invoke the 5th amendment ; ) But generally, if I did, he would more likely than not be “mixed.”

Do you think in the future everyone will be of mixed origins?

I think there will be more people of mixed origins. Being mixed is beautiful, exotic, and adds to the unique tapestry of humanity.

Culture is the widening of the mind and of the spirit.” –Jawaharlal Nehru

Insightful words from Laura, who shows us that our roots may influence our identity, but don’t define who we are. Would you like to share your views? Just e-mail info@latitudes.nu and you might be featured next!

2 thoughts on “In the Mix: Meet Half Korean/Part Hawaiian Laura”