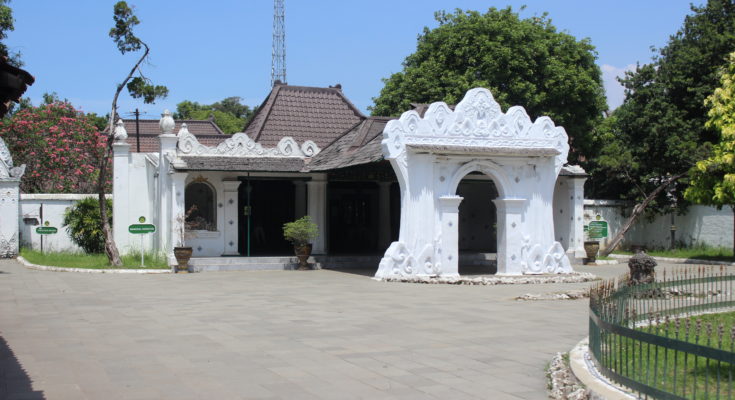 Tracing the Heritage of Cirebon (1) The Palace

Tracing the Heritage of Cirebon

Cirebon was known as Grage in the past, which came from the word “negara gede” means “great Kingdom”, is located in the north cost of Java island, near the provincial border of Central Java with West Java. Another source says that the name Cirebon comes from the words Cai and Rebon, which means water and shrimp in Sundanese. Most of the population back then worked as fishermen, counting their life on the sea. 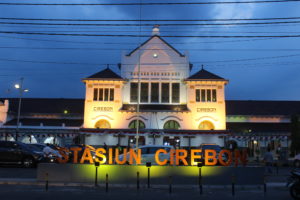 Starting as a small fishing village named Muara Jati in the 15th century, Cirebon grew to become a major port in the north coast of Java. At that time many foreign ships had come to trade with the locals and at the same time the activity of Islam was growing. The establishment of Cirebon Sultanate in the early 15th century marked the first Islamic rule in Western Java, under the leadership of Sunan Gunungjati, one of the Wali Songo (nine Moslems saints spreading the teaching of Islam in Java).

Cirebon played a significant role in the early coming of Islam to Java. Its culture was described as Java Pasisiran (coastal) culture, with notable mixtures of Sundanese, Chinese, Arabic-Islamic, and European influences. Thanks to its role as a major port in the past.

2.5 hour ride by train from Jakarta, we arrived in Cirebon railway station which was located right in the city centre. The first must-see place to visit was Keraton Kasepuhan. It is the oldest Palace where The Sultan of Cirebon lived,we went to see the magnificent Mosque in Cirebon known as a MasjidAgung Cirebon located on the west side of the Palace.

Vistors are welcomed by a tour guide dressing in a traditional costum telling the history of this Sultanate while showing the 25 acre palace complex. The palace was built in 1447, its architecture and interior are a blend of Sundanese, Javanese, Islamic, Chinese and Dutch styles. There are many historical places to visit in Cirebon being evidence of the early coming of Islam.

Entering the palace complex, one can see the Hindu-styled gate named Gapura Adi. It is similar to the gate of Balinese Hindu temples. This red brick gate leads you to Siti Hinggil area where there are five wooden pagoda-like pavilions, or we called it as pendopo. Siti means land in local language and hingil means high. This area was built on a level higher than any other areas of the palace to symbolize the divinity of the member of the royal family. 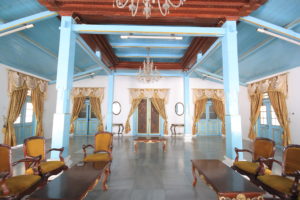 These pendopos form a semi open hall without walls, but covered with roof. The columns are made from teak wood lining symmetrical with a wooden roof joglo-shaped and tiled floor. The carvings on the pendopo columns were restored in 1940s as a resemblance of the ancient originals. Dating back to 15th century, a pendopo was usually used for gamelan performance during royal ceremony.

Like any other ancient kingdoms in Java, the layout of the royal complex follow a sacred traditional pattern. The palace has to face north. In front it there has to be one large central square to house lively traditional ceremonies or other public gatherings. To the west of the square, there is a mosque or other religious buildings. To the north a jail and to the east a marketplace. The palace and the mosque still stand proudly until together today. However the square looks abandoned and both jail and market have long been vanished.

Throughout the 16th and 17th centuries, the sultanate thrived and became a major regional centre of trade and commerce, as well as a prominent centre of Islamic learning. The sultanate then split into three royal houses in 1677, and a fourth split off in 1807, each with their own separate lines of descent and kratons; Keraton Kasepuhan, Kraton Kanoman, Keraton Kacirebonan, and Keraton Keprabonan. Today they remain, mostly performing ceremonial duties.

After visiting the pendopo area one enters the palace complex. This has a well-maintained small garden in the middle of the courtyard with two white tiger statues, which are the symbol of Pajajaran kingdom with two canons on both sides. 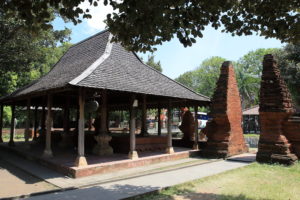 The palace also has a somewhat neglected small museum. On the left side there’s an old horse carriage museum that was said to have the prettiest and most sophisticated carriages in the world in its day. A beautiful 17th century gilded horse carriage called Singa Barong may be seen along with a modern duplicate carriage used on official occasions. On the right side, there was a museum with display of wayang, kris, cannon, furniture, Portuguese armour, and ancient royal clothes.

Inside is a pavilion with whitewashed walls dotted with blue-and-white Delft tiles, a marble floor and Green painted ceiling hung with French chandeliers. These decorative ornaments were evidence that once upon a time Cirebon was a major trading hub in the north coast of Java. While in the living room, there were the king’s throne and their bedroom.