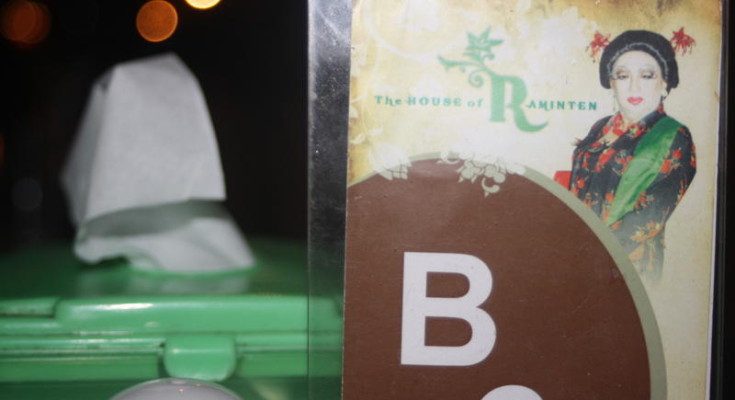 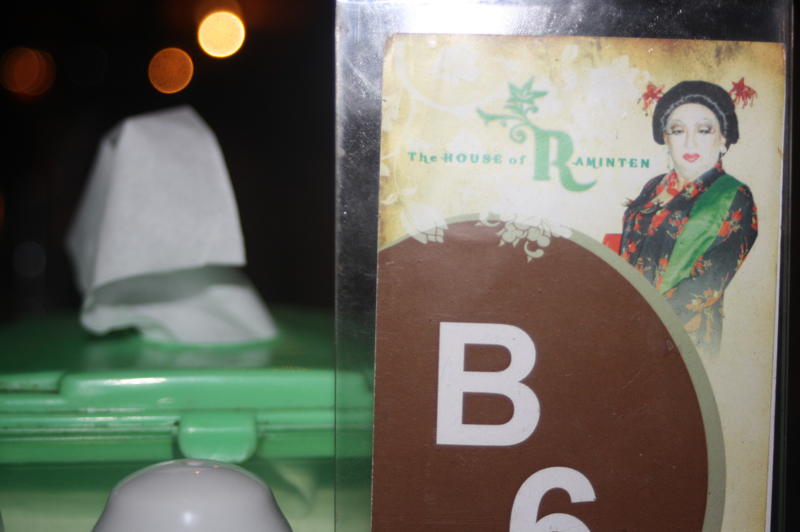 Drag queen Hamzah on the table, By: Paksi Sandang Prabowo

The ingredients that make Yogyakarta restaurant House of Raminten such a succes, are manifold: the place is owned by a Drag Queen, traditional herbal concoctions (jamu) are served next to a mix of Javanese and European cuisine, by waiters and waitresses wearing traditional Javanese costumes, accompanied by endless Javanese traditional music. Eating at House of Raminten is an experience you will never forget!

House of Raminten: A Restaurant Owned by a Drag Queen

Hamzah, the owner of this fabulous restaurant has his own sit-com on Jogja TV named Pengkolan, where he acted as a drag queen by the name of Raminten.  At the entrance of the restaurant, you encounter a a huge billboard of her, which in heterosexist intolerant Indonesia shines as a beacon of tolerance.

Traditional Jamu on the Menu

Other than your normal fare and soda drinks, House of Raminten also lists some traditonal herbal drinks called  Jamu: its ingredients are mostly herbal plants, roots and nuts that are used traditionally  for many purposes: healing diseases, beauty treatment, and recovering stamina. Jamu sellers used to be door to door saleswomen carrying baskets filled with bottles of Jamu. Up until now, jamu are used side by side with modern medicines. Try some of the ginger based drinks to get rid of coughs, sore throats and cold feet. 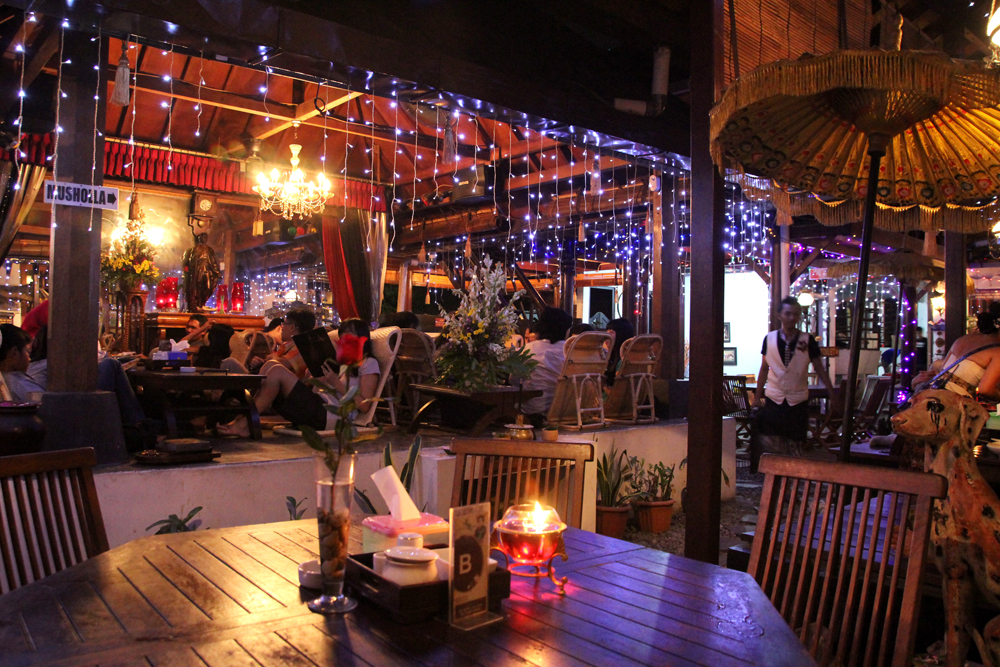 The Heritage of House of Raminten

House of Raminten was opened on 26 of December 2008. Its first concept, according to PR, Teddy Fernando, was to create a Jamu Cafe. A concept which was aimed to preserve Jamu culture that is slowly forgotten by the younger generation. But as the business grew, House of Raminten evolved into a traditional restaurant. One of the favorites on the menu is Sego Kucing, Sego is a javanese word for rice, and kucing means cat. Don’t worry you won’t find any cattails in your rice, it refers to the small portions of nasi kucing that people buy in roadside portable hangout spots called angkringan.

Fantastic fare at House of Raminten, By: Paksi Sandang Prabowo

House of Raminten has plenty more to offer on their menu and many alternatives drinks with funky names. The popularity of the place, that now has several branches all throughout Yogyakarta shows that House of Raminten is successful in creating a modern hotspot, while preserving local heritage.

The smell of incense, traditional music playing, the unique Javanese interior and the great dishes and drinks make this place an absolute must go if you want to experience Javanese culture.

House of Raminten opens 24 hours and they have a generous policy for backpackers who havent found any hotel or a place to stay. You can just buy some drinks or food and the restaurant will let you sleep in their cushions for the night. Still weary? Try the traditional massage also offered at the café!