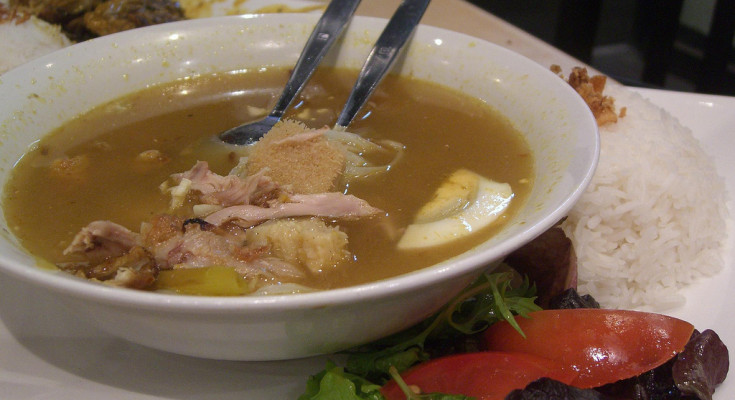 Soto Madura Recipe & a Trip in Vain to Trace its Origins

My journey came to an end. It was a journey in vain, through the dark streets of Pamekasan, a small coastal town in eastern Madura. My search for Soto Madura had failed. Astonished, I rushed back to the hotel; the idea of enjoying a delicious hot bowl of Soto still lingering in my mind.

Instead of enjoying the signature dish of Madura I settled for some standard fare: rice, vegetables and some pieces of fried chicken and tempe. I couldn’t believe I was unable to score a delicious bowl of Soto Madura, in Madura, whereas you can get it everywhere else in the archipelago? 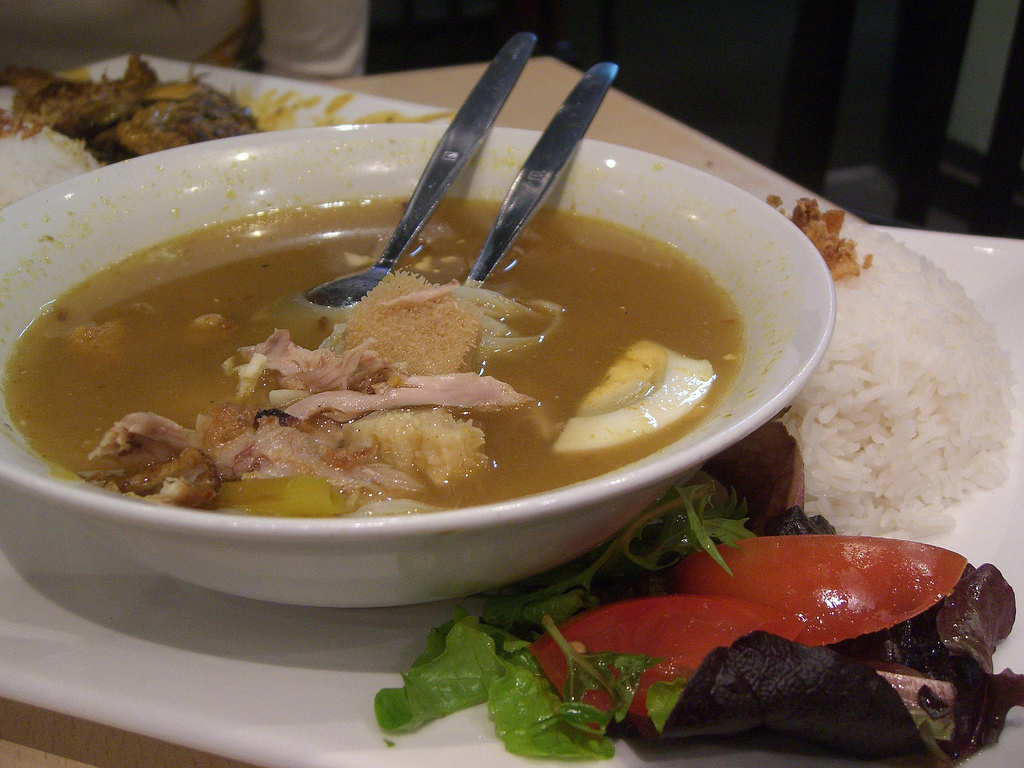 Madura is a small island off the north coast of Surabaya, in East Java. A small strait;  Selat Madura, splits the region off the mainland. It currently consists of four regencies connected by the longest bridge in Indonesia, Jembatan Suramadu, since its first public use on June 10, 2009. The bridge is 5.438 meters in length, and cost more than Rp 4,5 trillion and six year to construct. Meanwhile, it hasn’t brought Soto Madura any closer by.

Even though Soto Madura, is a staple food item in most restaurants across the country, I was hardly ever able to find it in its fatherland. Later on I found out that Soto Madura was not invented on this tiny island itself. It was the work of a wandering Maduranese in Surabaya, the capital of East Java. 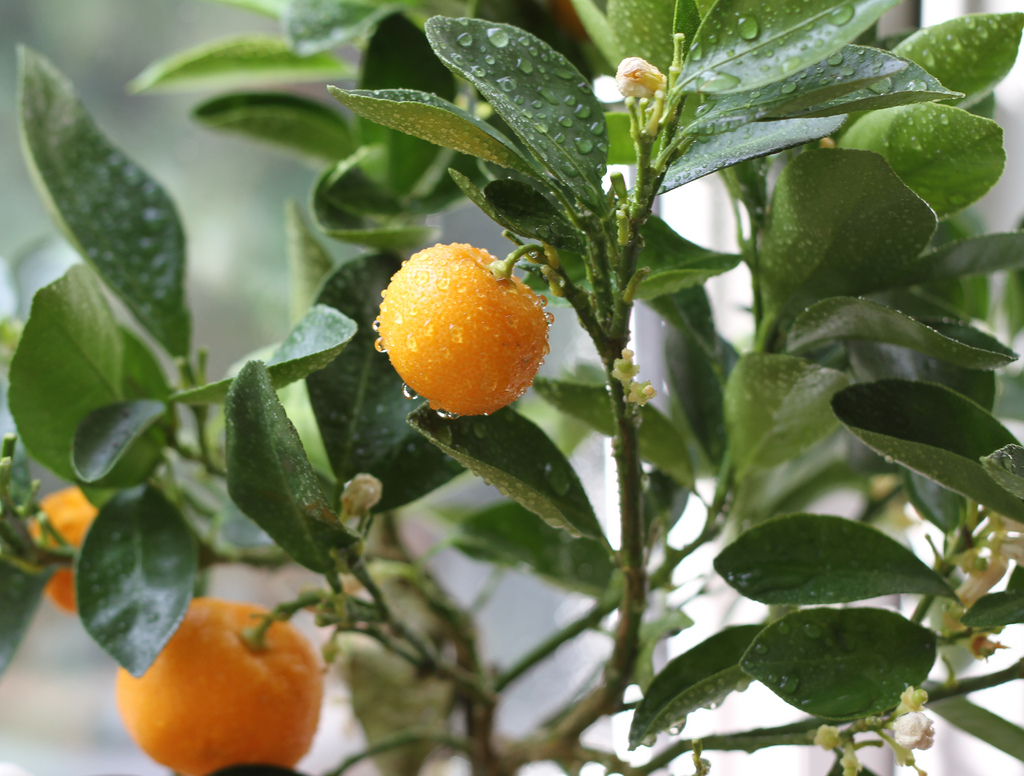 Calamondin tree. You can also get the juice canned, By: Marlon Bunday

Nothing gets spread around in Indonesia as fast as a good dish. Some dishes appear on the menu across the archipelago with a slightly altered name or taste, originating from the same source. Pecel for example is made of various kinds of boiled vegetables mixed with peanut sauce and served with kerupuk; prawn or fish crackers. But if you add some pieces of potatoes and mix it with coconut milk and peanut sauce, and add some Melinjo crackers, then you can call it gado-gado.

Food is of course not a matter of knowledge and skill. It is a matter of taste and feeling. Let’s share the taste of Soto Madura, so we can eat it everywhere at anytime, bridge or no bridge!

How to make Soto Madura:

1. There are two important things to be done before cooking. Firstly, fry an ounce of chopped onion in 100 millimeters of cooking oil and let its color change into brown and then set aside.

2. Secondly, burn a piece of turmeric in the flame of your burner until black. This aims at getting rid of any unpleasant smells.

3. Then, boil 500 grams of chicken or beef in 1,5 liters of water. When it is halfway cooked, chop the meat and put it back into the same pan with the water.

4. Your next step is grinding the burned turmeric, 5 garlic cloves, half a teaspoon of pepper and some salt if you wish. Then fry it, of course using another pan.

5. While frying the spices into two spoons of cooking oil, don’t forget to add two small slices of ginger and let the pleasant aroma of the paste come out before pouring in the soup and the meat. At this step you can add a piece of lemongrass, and then stir it well and let the fire do the rest until the meat is done.

6. Your last step is soaking the soun, the glass noodles, into 500 millimeters of hot water and drain them as soon as they change color from transparent to white. You can mix in the soun upon serving, if you don’t want your soun to ‘melt’ in the soup.

On serving, some people love to add a boiled egg, a boiled potato and some drops of calamondin juice and top it off with some fried onion crisps and minced celery. If like your soup hot, you can grind some chili peppers up with salt. Some people like to add beansprouts for a crispy bite. Also feel free to add kerupuk udang (shrimp crackers) to taste.

TAGFood Indonesia Food Jack Lato Madura Recipes
Previous Post Budget Hotels & Hostels in Yogyakarta
Next Post Introduction to the Eastcoast of Malaysia: In the Belly of the East