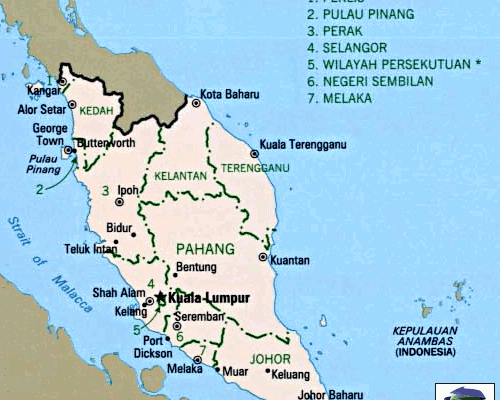 Introduction to the Eastcoast of Malaysia: In the Belly of the East 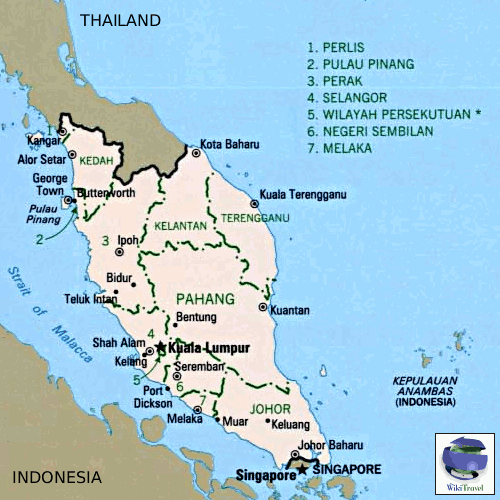 Peninsular Malaysia, with Kelanten, Pahang & Terengganu in the east

The East coast of Peninsular Malaysia, made up of Kelantan, Pahang and Terengganu has some of Malaysia’s most unspoilt islands, and is a favorite spot for scuba diving and snorkeling. Wooden Kampung houses, beautiful beaches, coconut trees and rubber plantations make up the landscape of the East. Here, Malay culture and tradition are deeply rooted. It is less multicultural than the West Coast, and is the most culturally conservative part in Malaysia.

Translated as the land of lightning, Kelantan borders Thailand’s Narathiwat. Though Kelantan is considered as one of the cradles of Malay culture, it features strong Thai influences. The traditional arts and crafts of Malay tradition such as Wau, (kite making and flying competitions), Wayang Kulit (shadow puppet theatre) and Gasing, (top spinning) are kept alive. The Kelantanese are also adept craftsmen skilled in the handicrafts of intricate embroidery, batik printing, woodcarving and silver work.

Kota Bharu, Kelantan’s capital has many museums to explore. One may also explore the depths of caves at Gua Ikan in Dabong or cruise along the winding river from Sungai Galas to Dabong. The Mount Stong State Park is also a fun exploration. Night and day markets are abundant in Kota Bahru. 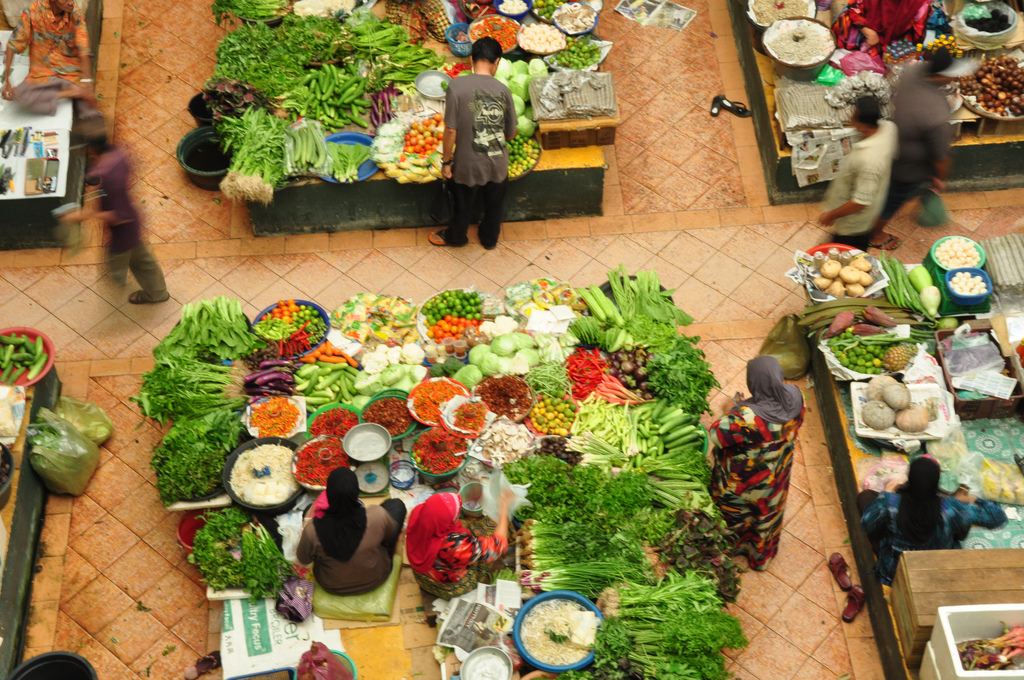 The Siti Khadijah Market in Kota Bharu, By: Marufish 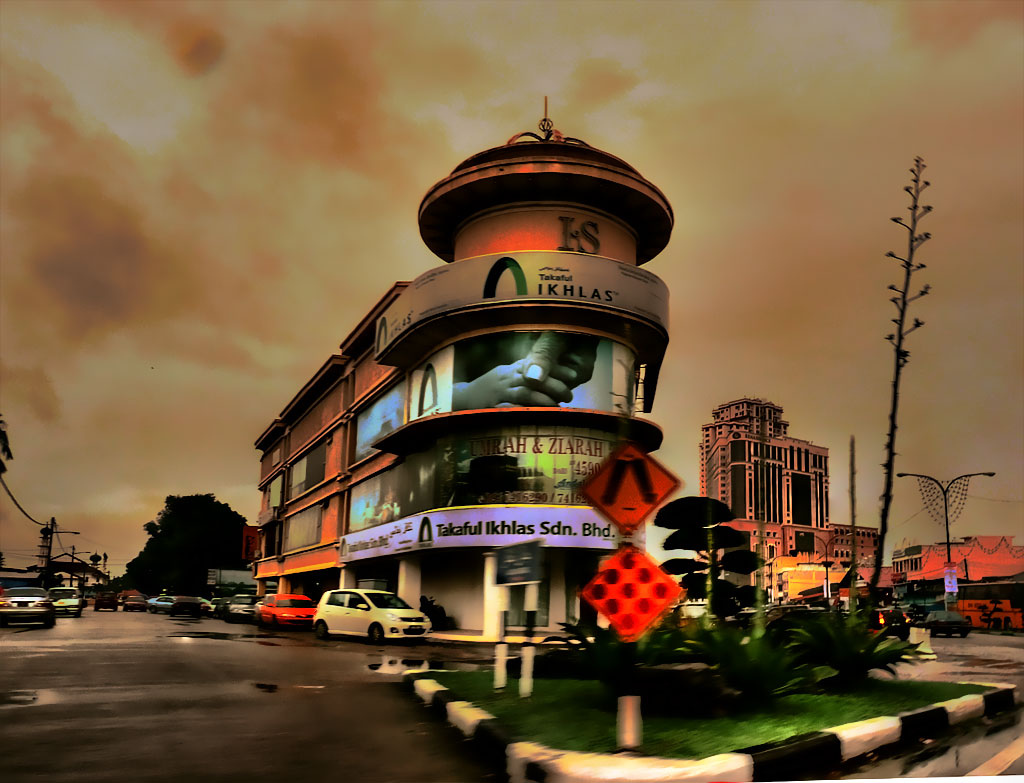 Kota Bharu at dusk, By: Azranx

Kelantan’s beaches are some of the least developed (and therefore most tranquil) in Malaysia. Some of them include Pantai Cahaya Bulan, Pantai Dalam Rhu, Pantai Irama and Pantai Dasar Sabak. The highest waterfall in Malaysia, at 120 m high is Lata Beringin.

The Peaceful Pace of Pahang

The largest state in Peninsular Malaysia, Pahang covers a wide area of land and coastlines. The South China Sea frames Pahang on one side and vast forests make up the other side. It’s mountainous crevices and peaks are home to popular hill resorts such as Cameron Highlands, Fraser’s Hill and Genting Island. Splendid beaches and the gigantic National park of Taman Negara are also found in this state. 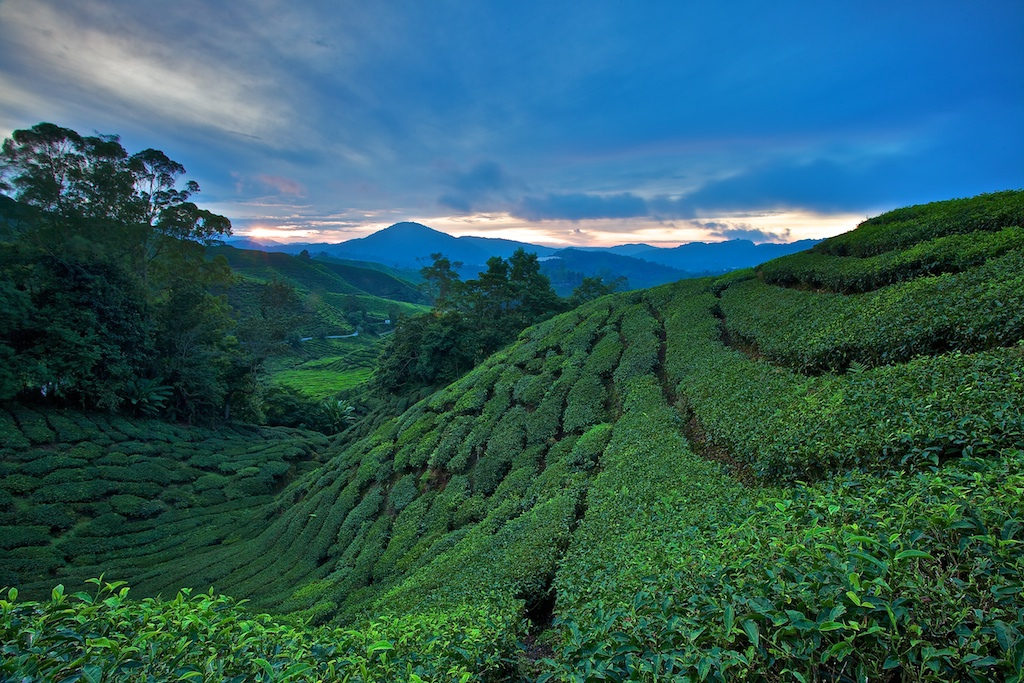 There is much to explore in Kuantan, the capital of Pahang. Known for it’s waterfalls, one can enjoy, ‘waterfall hopping’ at Sungai Pandan, Jerangkang and Sungai Berkelah waterfalls. Once a collection center for Tin during colonial times, Kuantan still has remnants of pre war British forts. Explore Kuantan’s history at the Tin Museum and witness deep underground tin mines at Sungai Lembing. Beaches in Kuantan include Teluk Cempedak, Batu Hitam, Pantai Sepat and Cherating.

The face of nature in Terengganu 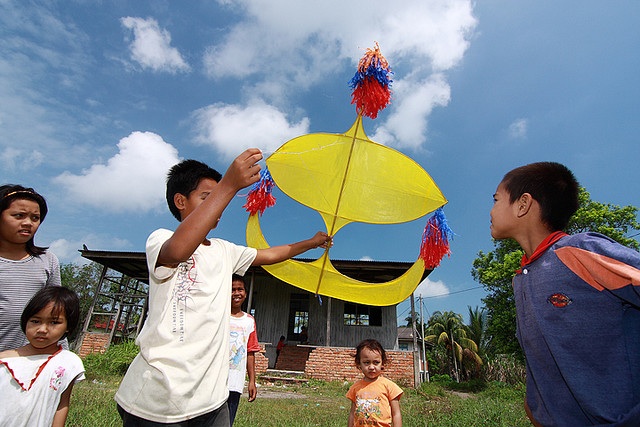 The capital of Terengganu is Kuala Terengganu. Here, one can wander about in the central market of Pasar Payang to shop for traditional crafts such as textiles and batik. The Maziah palace is a building fusing both traditional and modern architectural elements and is a testament to local craftsmanship. A visit to Chinatown uncovers the architecture of olden day Chinese shop houses as well as an approximately 200 year old Chinese temple. 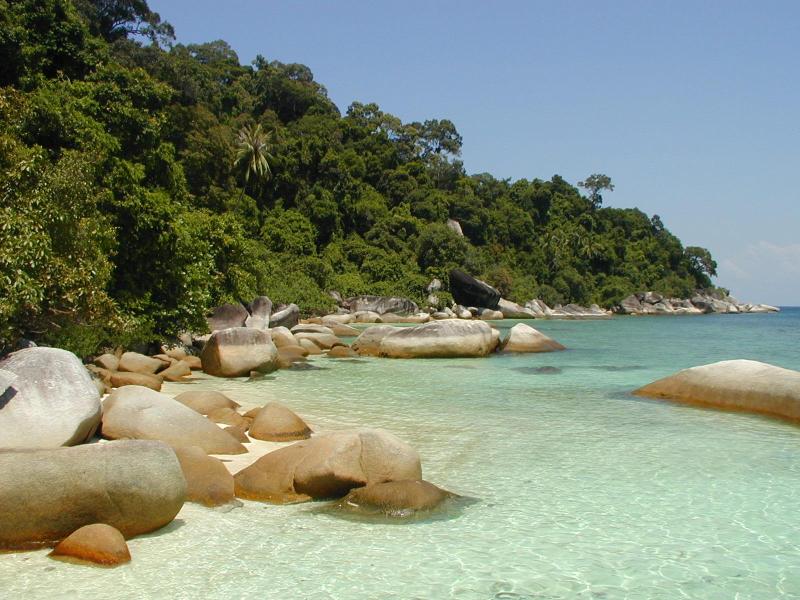 Perhentian Kecil beckons you in Terengganu

Outside of the capital, the forest reserve and area surrounding the artificial lake Tasik Kenyir is a wonderful spot to picnic, fish and camp. The popular islands of Pulau Redang, Pulau Perhentian, Pulau Lang Tengah and Pulau Kapas are also some of the main draws of Terengganu. The Sekayu waterfalls and Kuala Ibai Lagoons are other natural attractions that make Terengganu such an unforgettable experience.

The East Coast of Malaysia, less multicultural and deeply conservative, offers up another face of Malaysia. Malay culture and tradition is strongly preserved here. Her landscape is rich with padi (rice) fields, wooden kampung houses, mountains, verdant rainforests and beaches.