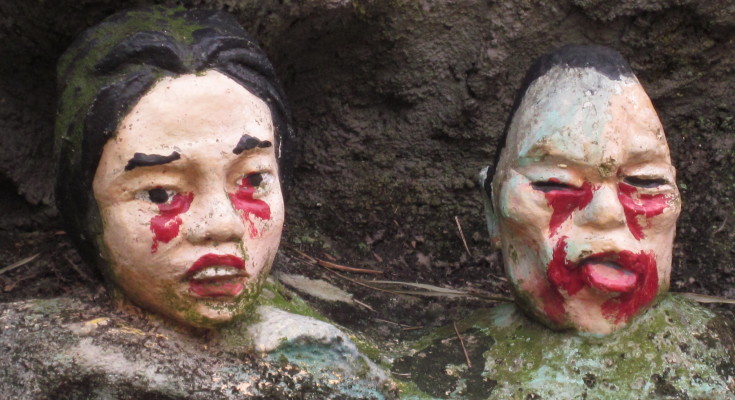 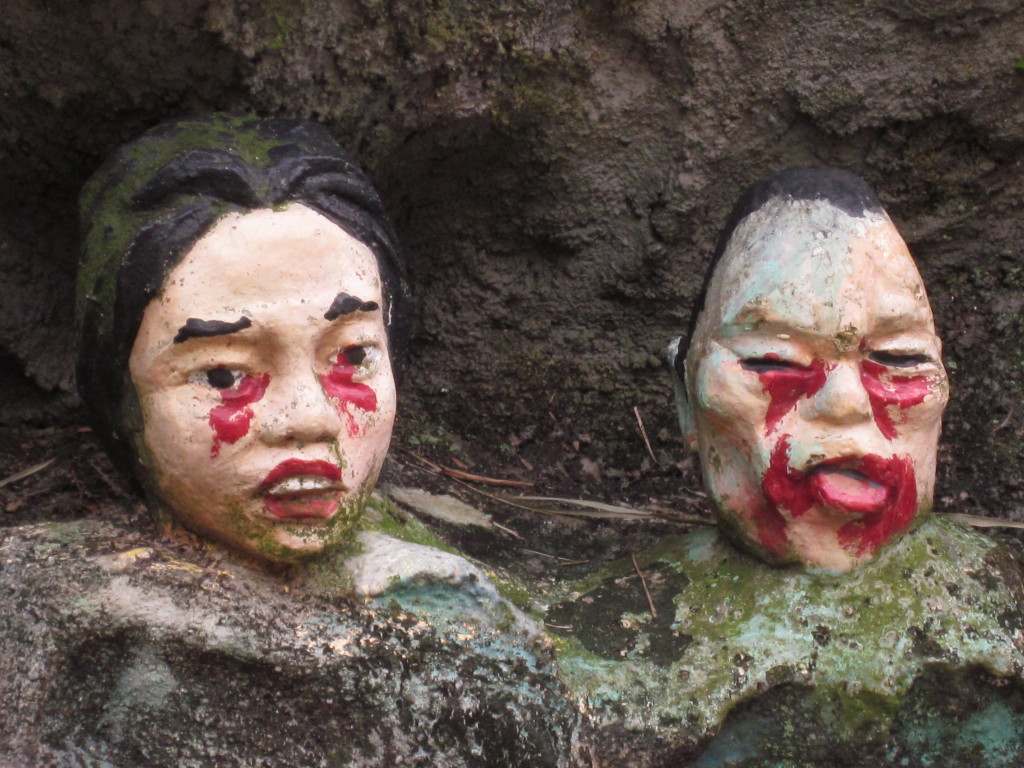 Quite possibly one of the strangest visitor attractions in Singapore, Har Par Villa stands as a relic from a much older period in the island’s history. Built in 1937 by Tiger Balm baron, Aw Boon Haw, the park is the last remaining pre-war public theme park on the island. It contains hundreds of statues, dioramas and giant tableaux that are based on Chinese myths that reflect Confucian values.

Visitors unfamiliar with Chinese folklore may find some of the displays downright bizarre. How does one comprehend amputee rats being carried away on stretchers, hills adorned with severed heads or a statue of an old man suckling a younger woman’s breast? 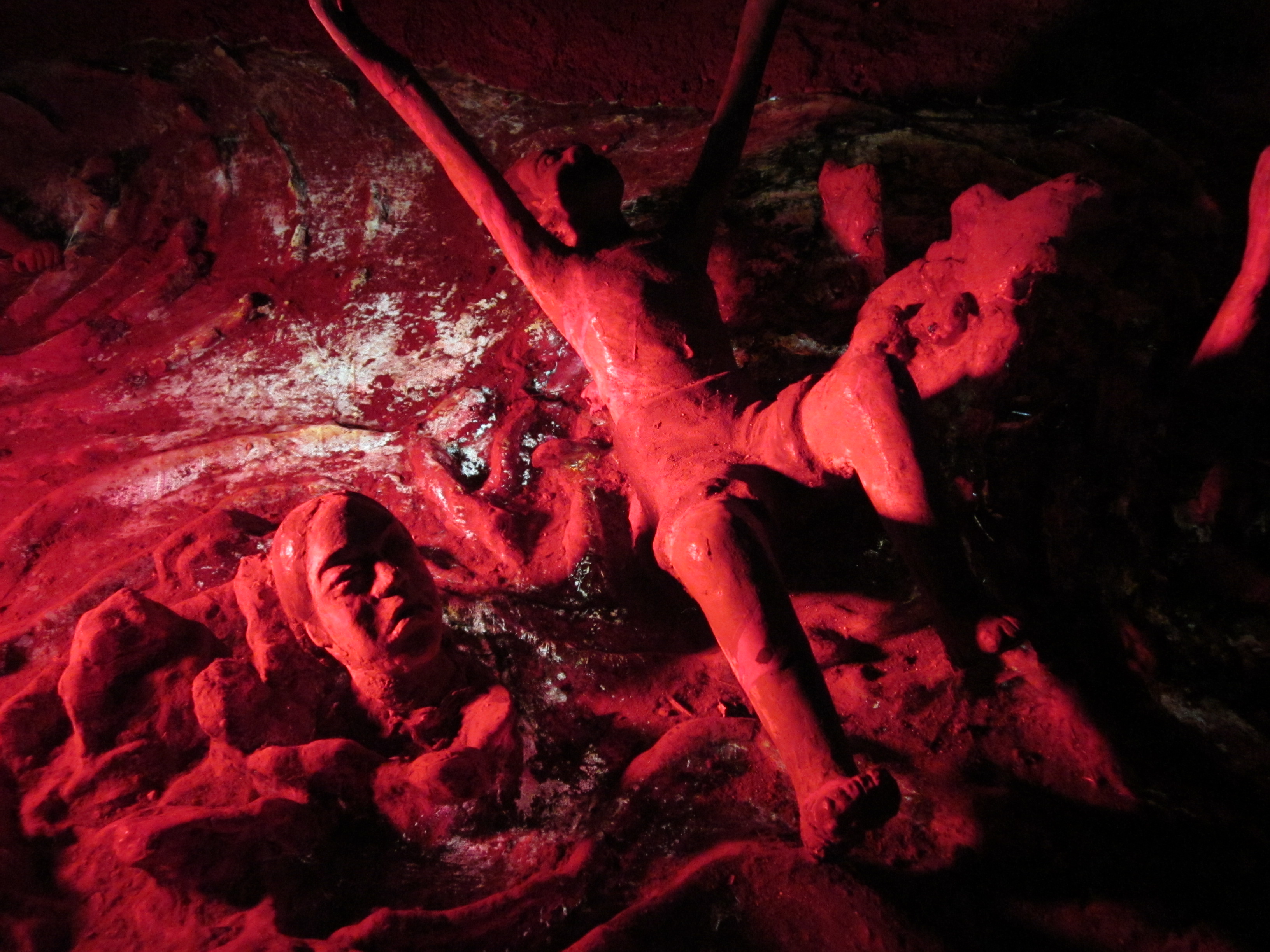 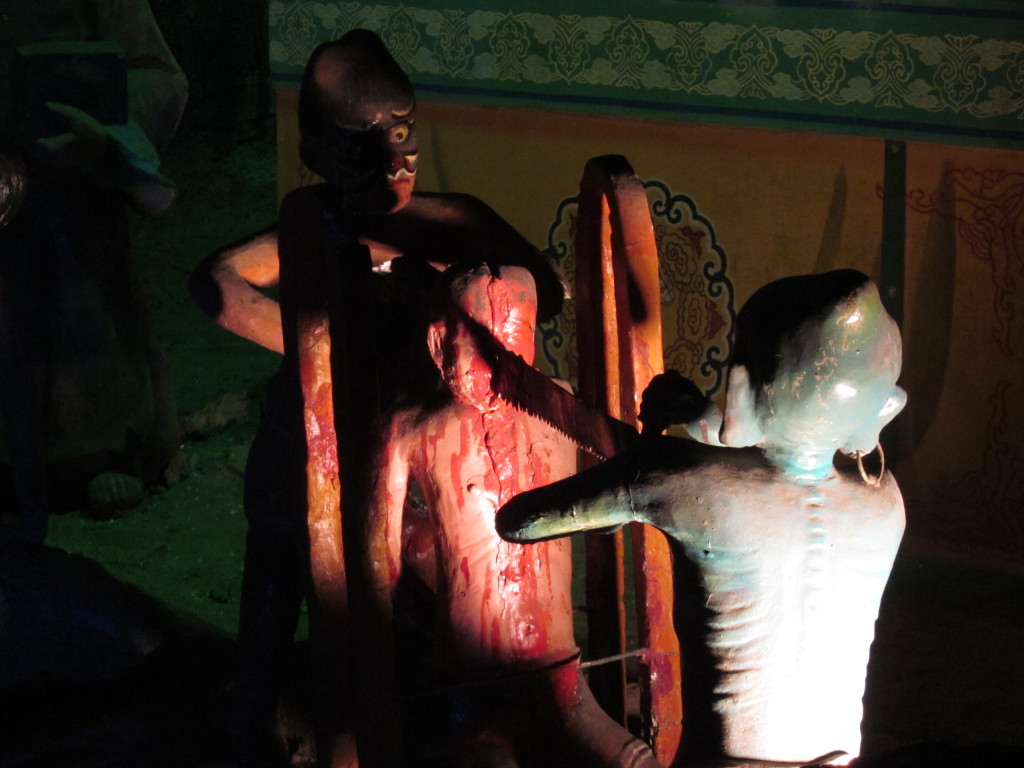 That's what you get for wasting food, By: John Solomon

Designed at a time when the majority of Singapore’s population was illiterate, the original displays utilized an almost pornographic violence to reiterate the penalties awaiting those who failed to lead a good life.

Successive renovations have maintained this overall aesthetic. Indeed one of the main attractions in the park is the Ten Courts of Hell exhibit. Here visitors are treated to scenes of unimaginable horror. Sinners are drowned in blood, ground by boulders, disemboweled and impaled alongside notices describing their crimes. A sense of proportionality clearly escapes hell’s judiciary, and those who waste food are sawn in half.

Take a look at this video to get an idea what the Ten Courts of Hell look like: 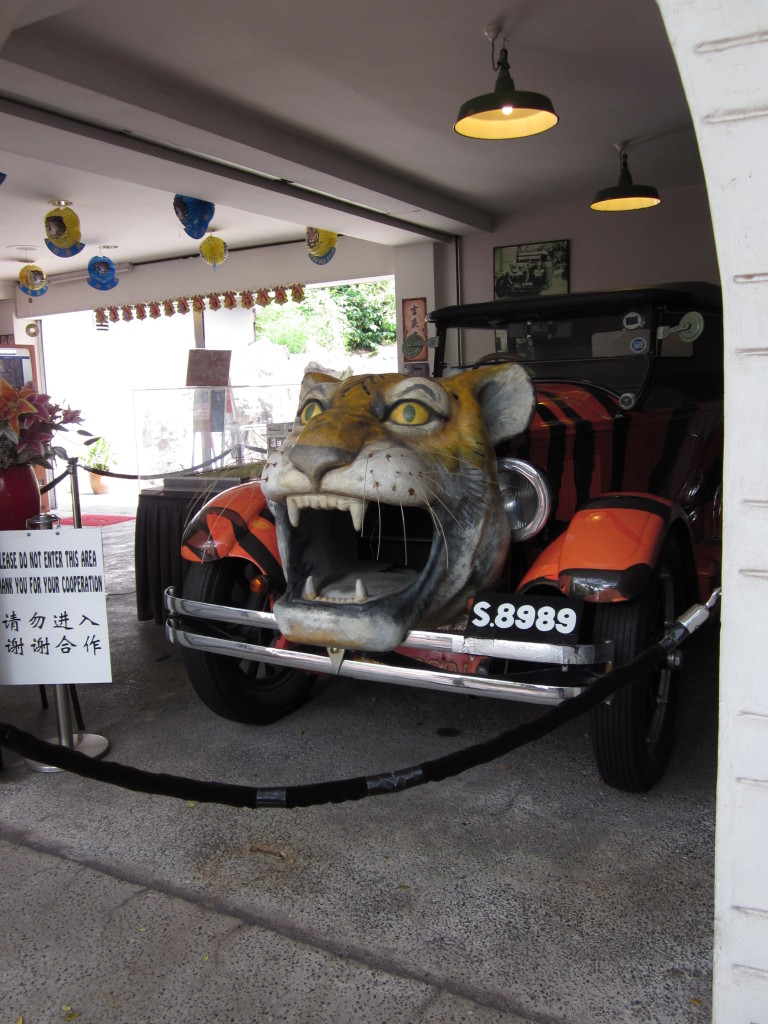 It’s not all guts and gore at the park. Most of the displays deal with far less horrific subject matter although the lurid colour schemes and general old world style of the statues create a general feeling of creepiness throughout the park. Amongst some exhibits that commemorate the park’s history, visitors will also get to see the car that Aw used to drive, restored to its former glory, complete with a giant tiger’s head on the bonnet and painted stripes along its sides.

During the Second World War the park fell into disrepair and personal tragedy lead a heartbroken Aw to demolish the grand mansion lying in its centre. The restored park became extremely popular between the 1960s and 1980s. It is probably one of the few physical spaces in Singapore that have been featured in family photographs across three generations. In the 1990s however, the Singapore Tourism Board’s decision to start charging entrance fees saw the park’s appeal decline drastically.

Today, even with free entry, the park is relatively deserted and wonderfully atmospheric. The eerie quiet is occasionally interrupted by photographers, paranormal club members, and a handful of visitors. This might change in October when a new train station is slated to open near the entrance of the park, bringing with it the possibility of new crowds. If this happens, one can only hope that the park is preserved in its current state. Standing stubbornly against the relentless modernization, sanitization and gentrification taking place all over the island, Har Par Villa, in all its tacky glory, is truly a national treasure. This oddity is definitely worth placing on any tourist to-do list. Just don’t bring the kids.