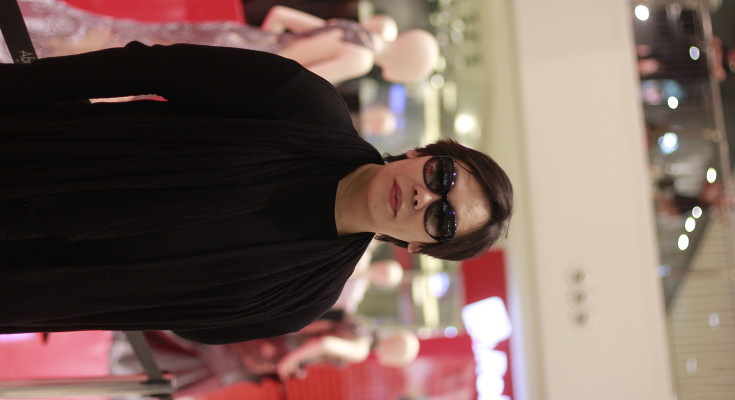 Cary Santiago, otherwise known as the Master of Philippine Couture, will be traveling to key cities in the Philippines during the holidays to celebrate 25 years of his illustrious career and influence in the country’s fashion industry.

“I could be a Davaoeno (a term used to refer to people from Davao, a key city Southern Philippines),” he said in jest during an interview. But Santiago was born in Cebu City in Central Philippines. “Perhaps my birth in a different place is accidental—just like everything else [in the universe].”

His allusions to the cosmos and everything divine reflects in the collection on display: dresses which are inspired by a Buddha statue that he saw in Hanoi during a recent travel to Vietnam.

Regardless of wherever he is in the Philippines or around the world, Santiago proudly stands as a Filipino and traces his roots humbly to his city—a design destination and home to design geniuses like Furne One, Jun Escario, and Monique Lhuillier.

Santiago’s journey started in Cebu during his childhood days. Growing up in a military reservation where his father is a military man and his mother the community’s seamstress, Santiago was already drawing dress patterns at the tender age of seven.

At 15, he was hired to sketch for a ready-to-wear company in the province, and at 23, he eventually started his own business from a tiny rented room.

He further honed his craft when he went to the Middle East and worked for an Arab couture house where he quickly became a head designer.

In 2004, he decided to come home and participate in the Philippine Fashion and Design Competition. Bagging the grand prize fully opened doors for him in the fashion industry and he instantly became the talk of the town.

Known for intricate designs and masterful craftsmanship, Santiago’s inspirations are all ignited by his passion for history, arts and culture, which was also influenced by his father who used to collect a library’s worth of Reader’s Digest magazines at their home.

To date, Cary Santiago is heralded as the Master of Philippine Couture and is the favorite designer of many women in the Philippines. He has created dressed for Kris Aquino, Charo Santos-Concio, and Dawn Zulueta; his international clientele comprise Katy Perry and Tyra Banks.

What do you consider to be your greatest achievement throughout your career?

I consider small things to be big achievements. When I get a hug or a compliment from a client everyday, I receive those as achievements. Nothing in my 25 years of career would matter if there were discontentment of sorts from the people I work with. This applies to all of us in our careers in general. Milestones won’t matter if some of your clients were not satisfied along the way.

What is your advice for budding designers?

You can only achieve something when you dream. From there, you can create ideas and set a goal, which you can then work on to bring to reality.

What is it like to be called the Master of Philippine Couture?

It’s just a title. Anyone can have a title. I share mine with everyone.

(Cary Santiago’s traveling exhibit started in Cebu City and was also mounted in Davao City. It is headed to Centrio Mall in Cagayan de Oro City on November 24 to 27; it will then fly to Greenbelt in Makati on December 10 to 19.)