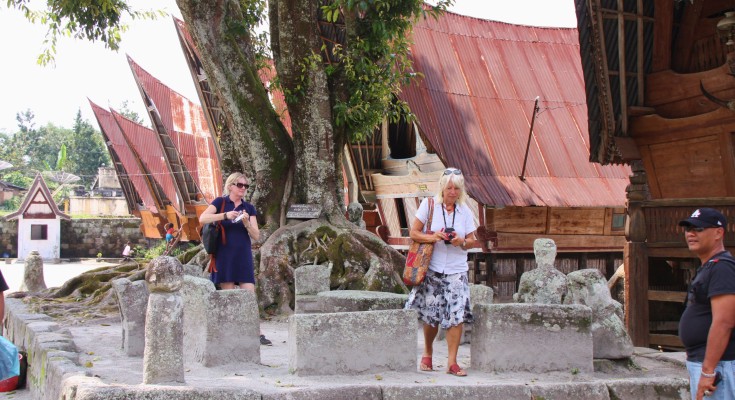 Around 75.000 years ago an enormous volcanic eruption created Lake Toba. It is the largest lake in Southeast Asia and in some places it is about 450 meters deep. The island of Samosir in the middle of the lake was created by another eruption and is 46 km long and 21 km wide. Lake Toba attracts both local and international tourists. Temperatures are pleasant, around 27 c during the day and 21 c in the evening.

The holy banyan tree in Ambarita consulted by the shaman

With a team of international media we sail around the lake visiting three main touristic spots. After a refreshing rain during the night it’s a clear day showing the beauty of the lake. Before it was rather hazy because of forest fires in neighboring provinces.

Tomok is a village where some famous graves are to be found. Our guide shows us the two ages old tomb of king Sidabatur who died at the age of 115. He had strong magic powers and his hair was not to be cut. In another tomb the bones are kept of Ompu Nai Batu, the grandson of Sidabatur. The sides of the tomb are darker as the blood of the enemy was smeared on it. The head of his wife Boru Samosir is sculptured in the back of the tomb. The tomb also shows the image of Tengku Mohammed Said from Aceh who became the commander of the army. He ordered his men to go naked apart from their ulos, woven cloth, around their waist. On approaching the enemy the soldiers suddenly took off their ulos. The enemy fled seeing the naked bodies as it would mean seven days of bad luck. 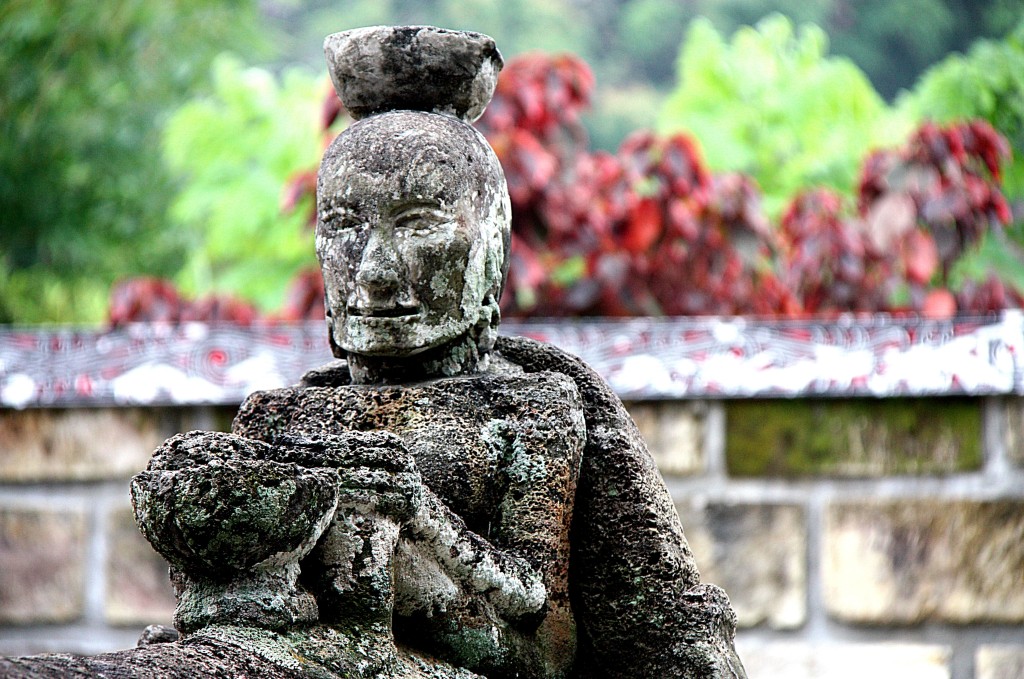 Queen Boru Samosir in the royal courtyard in Tomok

In Ambarita our guide gives us a graphic demonstration on how the head of a prisoner was chopped off. People were convicted for example for peeping at the king’s wife. The shaman talked to the holy banyan tree in the courtyard to decide on the right moment for execution. The guide imitates how the shaman made cuts in the body to be sure that there is no black magic power hidden. The king eats the heart after it has been marinated in the blood with some tasty herbs. The head will be placed on a pole at the entrance of the village as a warning. 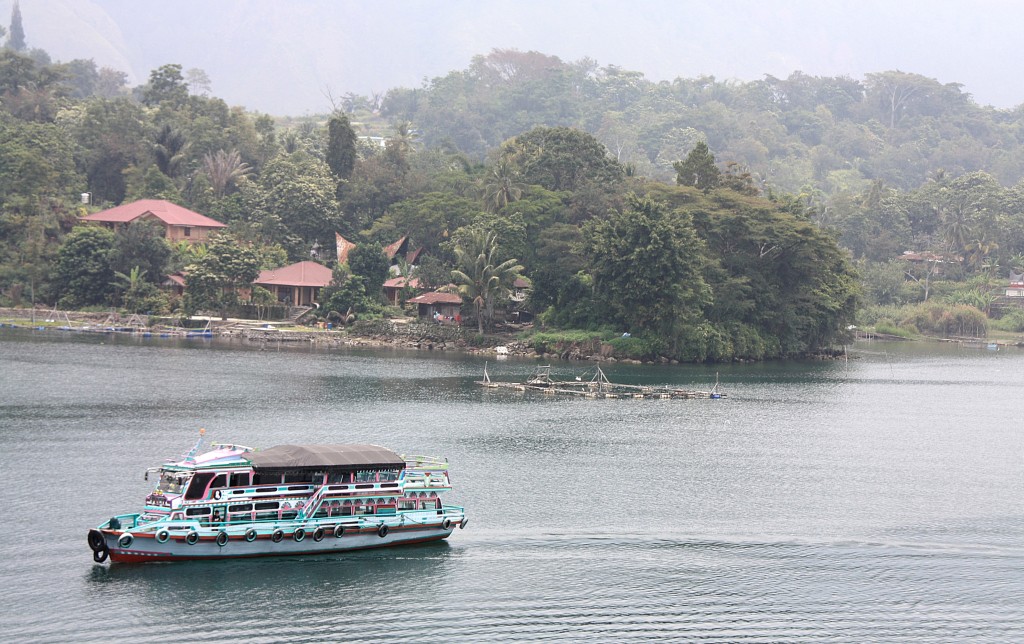 One of the colourful passenger boats on lake Toba

These days are long gone and now we head to Simanindo. Coming from the harbor we see tourists dancing barefoot on the muddy soil with the local dancers.

The sigale-gale dance used to be performed at funeral ceremonies to revive the souls of the dead. The shaman invites the deceased’s soul to enter the puppets. Ropes are used to make the puppets move. The shaman drives away evil spirits while dancing with his decorated magic stick.

Dancers and tourists posing after the sigale-gale dance

One story of the origin of the sigale-gale is about a king whose only son and successor died. In memory of his son the king ordered a wooden statue looking like his son and then invited his people to take part in the dance ceremony. This is just one of the many legends which make Batak culture so fascinating.

This is  number 3 out of 4 contributions on Lake Toba. Special thanks to the Department of Tourism and Creative Economy.