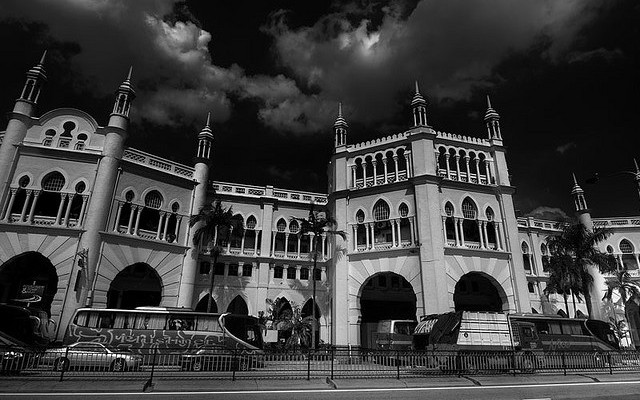 Kuala Lumpur is a city with a unique character. The architectural styles, food, flavors and people in KL reflect her many different facets and faces. As one of the strongest economies in the South East Asia region, KL is fiercely cosmopolitan. At the same time, KL integrates old cultures and traditions with the new. Introducing Kuala Lumpur explores the qualities that make KL a fascinating destination. 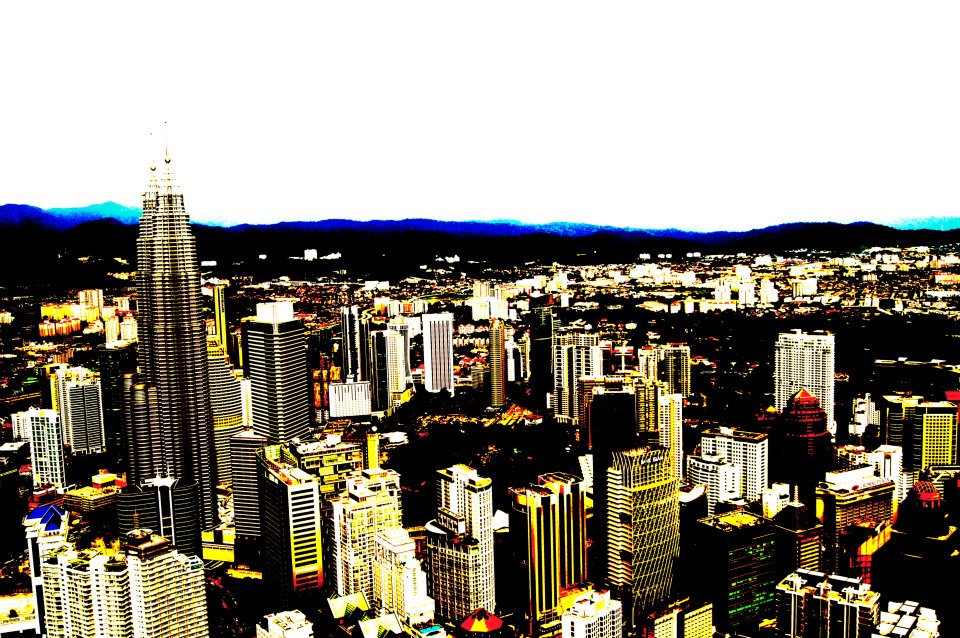 The key to truly understanding and experiencing the essence of Kuala Lumpur, affectionately known as KL, lies in its multiculturalism and history. Once a sleepy but thriving mining town, KL attracted traders and merchants who settled in the land and set up trade. Slowly, the town transitioned into a city. 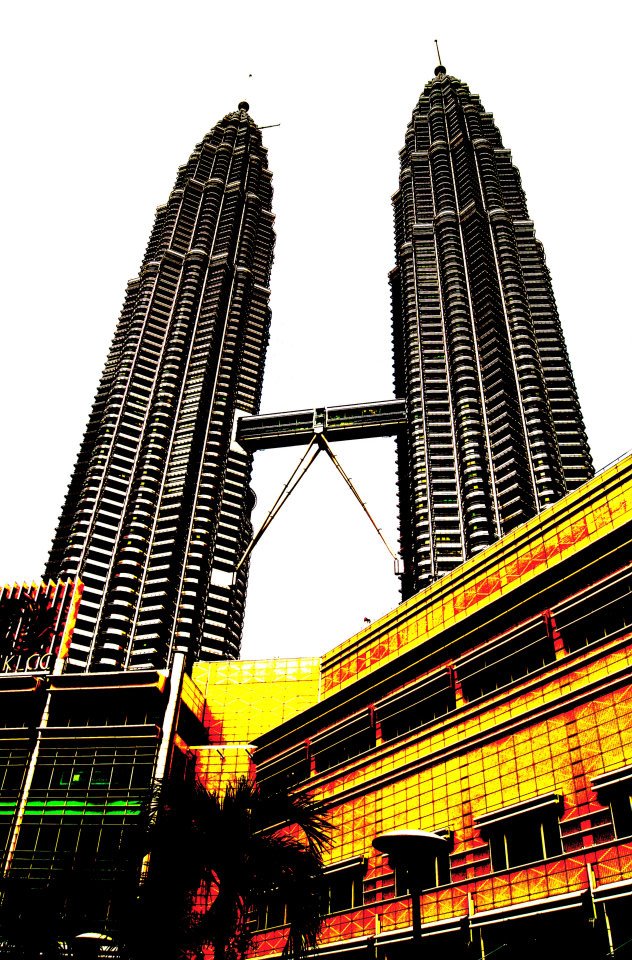 Symbols of KL, the Petronas Towers, By: Zach Goldman

From humble beginnings, Kuala Lumpur today has become a sprawling and bustling metropolis. Bustling with life and teeming with energy, KL is today considered one of South East Asia’s strongest economic forces. The jewel in modern KL’s crown, and symbol of Malaysia’s spirit of progress, are the Petronas twin towers, the highest in South East Asia.

Kuala Lumpur: Past and Present Converge

The highlife of luxury brands and first class facilities and comforts exist side by side with the sale of pirated DVDs and hawker food. ‘KLites’, the name locals go by, are as comfortable extolling the virtues of following tradition, as they are enjoying Hollywood movies and European fashion. Similarly, KL’s streets are filled with ‘Tudung’ clad girls and girls who venture out in tank tops and shorts.

Influences from our multicultural heritage, as well as from our colonial past are apparent in the architecture, language and lifestyle.

Wondering through the city, one may contemplate the colonial architecture of Dataran Merdeka. It is here that Malaysia first lowered the British flag, and raised the Malayan flag on 31st of August, 1957.

Another historical building is the Kuala Lumpur railway station, completed in 1910. It’s architectural style is a fusion of both Western and Eastern design.

Hindu temples, Churches, Cathedrals, Mosques and Chinese temples stud Kuala Lumpur’s city scape. It is possible that the astute and sensitive visitor, entering these different sacred spaces, experience the subtle feeling of being immersed in different worlds and realities.

Further explorations of KL’s cultural diversity may take one to Little India, a feast for the senses. Rich and vibrant colors radiate from garlands of flowers, spices, saris and statues of Indian Deities. Sweetmeats, Indian crackers and Teh Tarik (a sweet milky tea) tantalize the taste buds as the smell of incense wafts through the air. 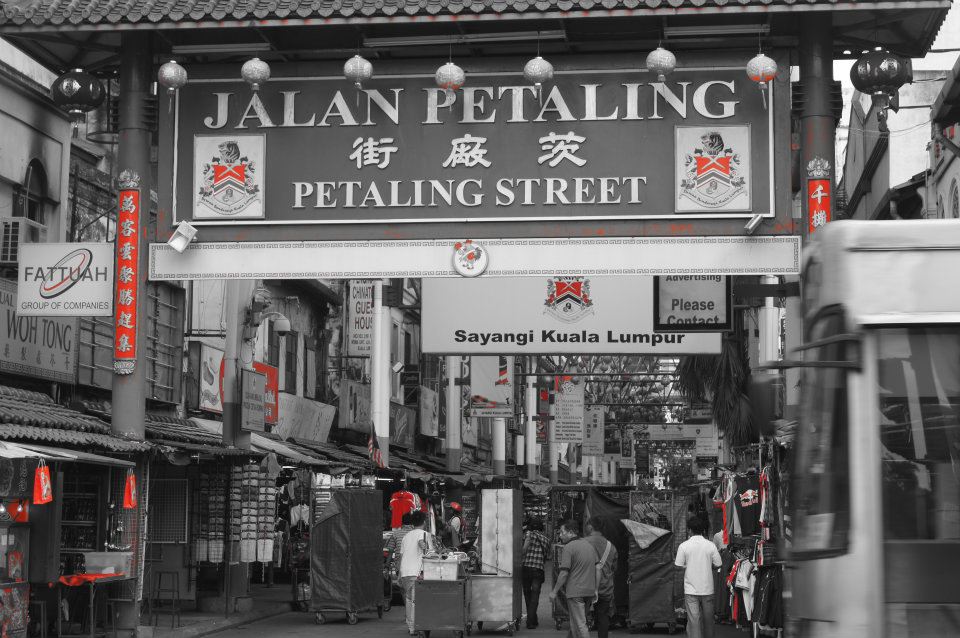 Chinatown is yet another world in KL’s caleidoscopic reality. Petaling street is a long and busy street flanked by old shop houses, and filled with vendors and hawkers. One may refine their bargaining skills, shop and savor some local favorites. Chinatown is also the hub for many a backpacking traveler arriving in Kuala Lumpur, with many guesthouses concentrated in the area. 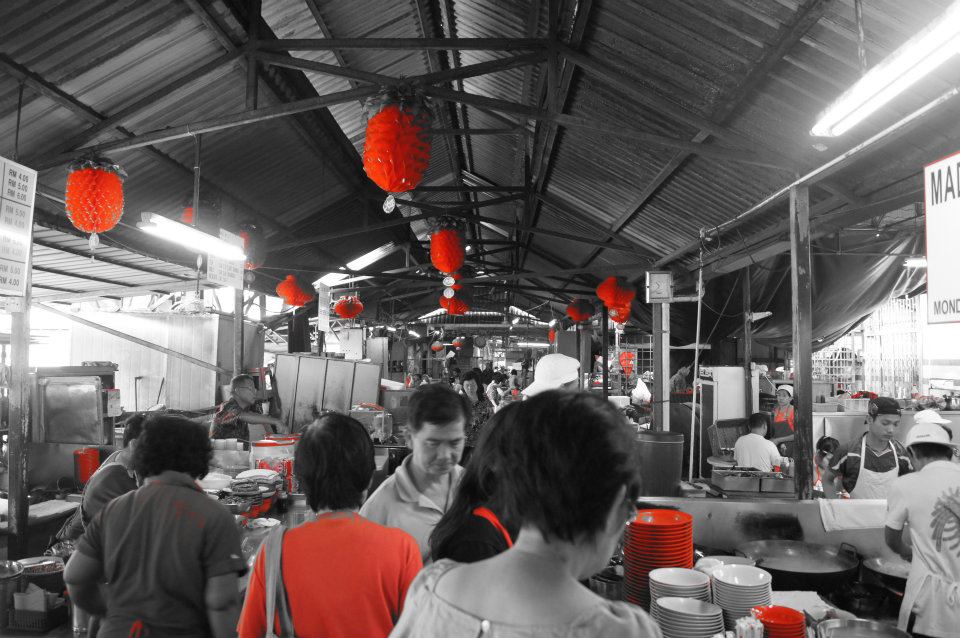 Kl is always buzzing, expecially when it comes to food, By: Zach Goldman

KL’s golden triangle is composed of the area of KLCC (Kuala Lumpur Convention Center), and Bukit Bintang. The majority, and the best of Kuala Lumpur’s shopping malls, hotels and nightclubs are concentrated in this area and locals and visitors alike fill up this busy belt during the weekends.

Relaxing in one of the Al-fresco coffeehouses, sipping on coffee, this area is the perfect place to sit back, people watch and observe as KL fixes her unwavering eye into the future. She opens her arms to embrace and absorb into her fabric and being the new, while sinking her roots deep into past.

Do want to absorb the eclectic arts and music scene of KL? Then don’t dorget to check out our insider tips for Kuala Lumpur, for a list of funky art galleries, record stores and the most popular restaurants!