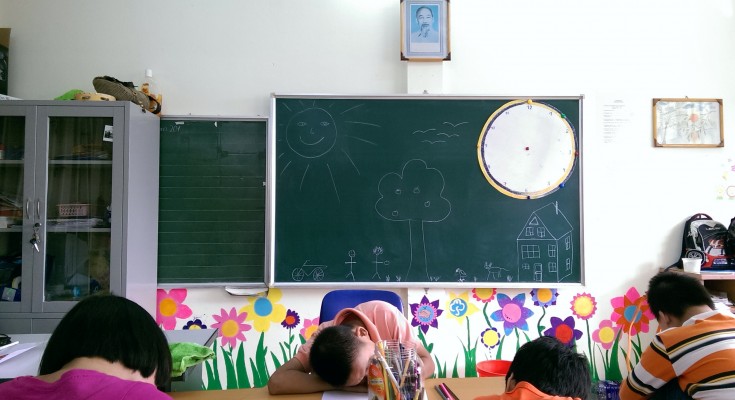 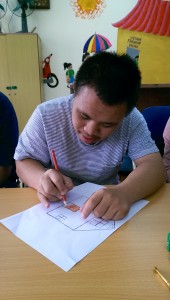 Vietnam is a country with over 91 million inhabitants. Over 6.5 million of them live in Vietnams capital city of Hanoi. During the Vietnam War, Northern Vietnam was being driven from this vast city. The U.S. military involvement in Vietnam ended in 1976 though their interference did not end completely. Barack Obama was the third US President to officially visit Vietnam during May 23rd – 25th 2016; Obama hold meetings with Vietnam’s State President Tran Dai Quang to discuss how both countries can improve their cooperation across a wide range of areas such as education, health, environmental protection and human rights.

This article is divided into two parts. The first will focus on the prevalence and governmental events concerning disabilities all over Vietnam, cultural background and general vision.
Next article focusses on Friendship Village, a representative organization in Vietnams capital city Hanoi that provides education, care and shelter to disabled children and war veterans from approximately 30 provinces in Northern Vietnam.

According to a 2010 World Health Organization document Vietnam has one of the world’s highest rates of people living with disabilities: 15.3 percent of Vietnams’ population has a disability, which is a large rate compared to a country like The Netherlands (7%).
A specializes Vietnamese doctor explained me why: Dioxins became part of soldiers DNA as they got exposed to Agent Orange bombs.

Vietnam cooperates with different countries around the globe to deal with the Vietnam war legacies such as the high percentage of disabled people among Vietnamese civilization.
In response to Barack Obama’s recent visit, the USA supported Vietnamese disabled people and victims of dioxins in Agent Orange bombs by investing US$11 million between 2014 and 2016. 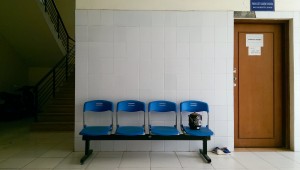 However both countries have a different approach in how to deal with these legacies due to different cultures, histories, cultures, political systems and development levels. That’s why people expected the US Presidents visit to Vietnam to be a hallmark of the cooperation between both countries.
Both countries also actively cooperate by joining international parties such as the United Nations. The United Nations convention ‘Rights of the human beings with a handicap’ covers the need of inclusion of people with a disability into society. Vietnam officially signed and ratified this convention concerning people with disabilities, though disabled persons themselves experience difficulties accessing facilities, support, accommodations and transportation. This UN-conventions covers rights and duties such as having equal working opportunities and receiving vocational training like Friendship Village offers (highlighted in next weeks’ article).
However worldwide organizations and governments wonder and try to bring their laws into compliance with the UN Convention, as facilities, working methods, support systems and accommodations need to change in order to fulfill and differences between countries are significant. That’s why Vietnam government works closely with multiple organizations including UNICEF, USAID and the International Labour Organisation (ILO) to achieve an inclusive society and bring reality into compliance with the UN Convention. 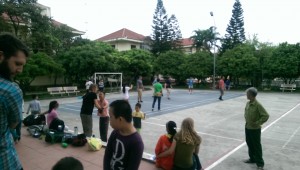 Vietnam signed the United Nations convention in 2007 and recently ratified the document in 2015. This basically means Vietnam has to guarantee the rights of people with disabilities and is responsible. The United Nations-Committee emphasizes that children with a disability should be cared for in their families, not placed in institutions. They underline the importance of integrating these children in regular school systems, rather than placing them in specialized schools.
Therefore, community-based rehabilitation is a main strategy of the Vietnamese Ministry of Health, especially for those who are affected by dioxins during the Vietnam-war.

Despite these policies, the same ministry that believes in regular schools establishes treatment- and rehabilitation clinics. Most Vietnamese disabled people live in institutes or at a family members house with little support. After observing and having interviewed many people, this could be one of the reasons why they act against their own policy: Parents and communities often do not have the time nor knowledge to raise, care and assist children with a disability. Some teachers and parents explained me that ‘’…when children are sent to a regular school, they often get sent away after two years of schooling because they are not making progress’’. Placing disabled children in regular schools seems to be a difficult task which needs further investigation.

A teacher at Friendship Village highlights that regular schools are not capable of teaching disabled children. ‘’These children end up in special schools where they receive suitable education’’. She ascribes this to the fact that teachers have to look after 40 students and do not have experience with disabilities. Teachers are not able to give disabled children the time and treatment they require, which results in the children dropping out of school. A study about disabled children who drop out confirms this statement (Lindskog & Nguyen, 2002).

The same study states that discrimination and prejudice is partly the reason for dropping out. Cheng (1990) mentions a cultural factor: Buddhism for example, suggests that disabilities are illnesses and therefore is a fate. ‘’The intervention programs for individuals with disabilities in Vietnam may stem from the belief that little can be done to help these individuals and their families’’. Approximately 40 out of 90 million Vietnamese people is Buddhist and therefore assumed to believe that little can be done for disabled people. Though there is evidence that opinions about disabled people are changing within the Vietnamese culture: Agent Orange child victims are nowadays viewed as war victims and not as disabled people. This brings a completely new attitude towards them.

Persons with various cultural backgrounds can have various logics: westernized health care workers prefer to believe that all possible complains are physically and should be treated that way. This believe system is called ‘’Medical model’’, which basically means mental disorders are treated the same as a broken arm: there always is a physical cause.
While other cultures, like the Vietnamese, do not perceive body and mind as two separate parts. The body looks sick, and therefore the mind is sick. This logic can be used to emphasize the seriousness of the complains. A disability sounds more severe when you call someone ‘brain sick’.

Vietnamese people with disabilities are three times more likely to be unemployed than people without a disability in Vietnam (UNFPA, 2009). They experience trouble finding a stable job and therefore 80% of disabled people in urban areas depend on their relatives and social allowances. They do not receive government support at home. Vietnam’s government only supports institutes with little subsidy. Too little to invest in rehabilitation or family-based care, though this care system is proven way cheaper than institutional care (Delap & Saunders, 2012).

Fortunately, employing a disabled person is becoming more appealing for businesses, as they are exempted from tax by Vietnamese government and can receive capital assistance (MOLISA and UNICEF, 2009).

Yet most disabled people still live at their parents and make a living selling small items like chewing gum at busy roads. They do not have the support (systems) to live at their own and find a stable job.

The urban Hanoi environment isn’t well-prepared for disabled people, as they experience difficulties using public transportation and entering public buildings such as supermarkets and bookstores. Living inside institutes sometimes looks saver. In 2013, a Vietnam newspaper reported about a men who has to leave his wheelchair behind and climb into the shop using his arms only because of a stairway (Việt Nam News, 2013).

Nowadays, adjustments are being made to public services, especially in Southern Vietnam which is more developed. Public transportation seems pretty hard to use, also for elderly people. The entry is very high and busses only stop for a short time or not at all; then just jump. Elderly people mostly live at little towns hidden inside the big city of Hanoi. I visited one of these small towns and it really was such a contrast with the big city streets. People with disabilities can be found in middle average neighborhoods, selling gums and candies at a wooden plate they hold in their arms as they walk through the streets.

CSDS-employee Yen Nguyen agrees there’s still a lot of shortage of facilities and job orientation for children with disabilities in order to help them get included into society. ‘’It is probably a burning issue for the society’’. CSDS means The Centre for the Study of Developing Societies and is a leading organization in Asia about social sciences. They recently won an award for best sustainable working placements for foreign volunteers (and interns such as me).
To provide the best inclusion for disabled persons some points should be covered CSDS says: Governments and organizations should have a realistic and right view of the individual capacities of the people with disabilities. This way, their needs to be able to be included can be identified and improved. She underlines the importance of talking with the clients and their families themselves, as they know the client’s needs by living together. Governments and civil organizations should support the installation of essential facilities such as an accessible shops front door, organize workshops to raise awareness, deplete discrimination and share experience to work with disabled people. These points are included in the UN Convention on Rights for Persons with disabilities and Vietnam government promised to achieve these goals as they ratified the convention in 2015.

Nevertheless, there still are some major cultural problems to solve. Companies can receive tax benefits when hiring disabled people, but at the same time, finding a job depends at whether employees and employers sympathize and give disabled people a chance or not. Vietnam deals with stigma’s and shames about people with disabilities. Family often keep disabled family members at home, out of the public eye, in order to prevent shame. Though I actually never seen it myself, I’ve heard rumors about it.

Accessing education, jobs and public streets and facilities are hard for people with disabilities, thus my interviewees and own observations. Therefore, disabled people depend at their family’s support, as one might expect in a collectivistic society.
Most parents want their child to study at a normal school. Some tried but were send home. Scientists and social workers say people with disabilities are slow learners. Parents however say regular schools don’t have time and recourses to teach.
Local regular schools act involved as they invite people with disabilities to give performances every year. Students are obligated to donate money to special schools. This collaboration keeps students with and without disability connected. Though it also maintains the physical gap and inequality between both types of schools: one in need for help, and the other as the helping hand.