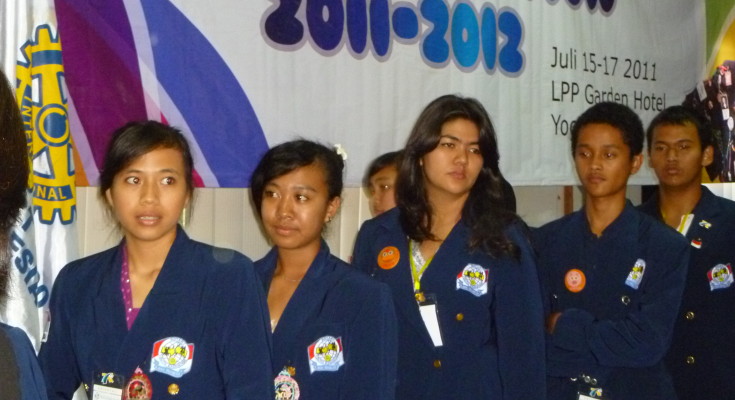 The world is getting smaller every day. This implies that parents may wish to equip their children with the social skills to take full advantage of global integration. Children of expatriate parents already have a relative advantage in this respect compared to others, as they are accustomed to adapt to different cultural environments since they were young. But how can parents create the opportunity for their children of having a similar experience, albeit for a more limited period of time?

The path chosen most often is sending kids abroad for a university education after their high school graduation or after they hold a bachelor’s degree. Abroad they usually stay on a university campus or in a private boarding house. There they meet many other students from the host- and other countries who share their own predicament of having to find their way. However, whether he or she will develop the social skills for international communication depends very much on his or her adaptability and inclination. Perhaps it is just too much for them and they stay within their comfort zone, communicating primarily with other young people from their home country who happen to be living in the same place. 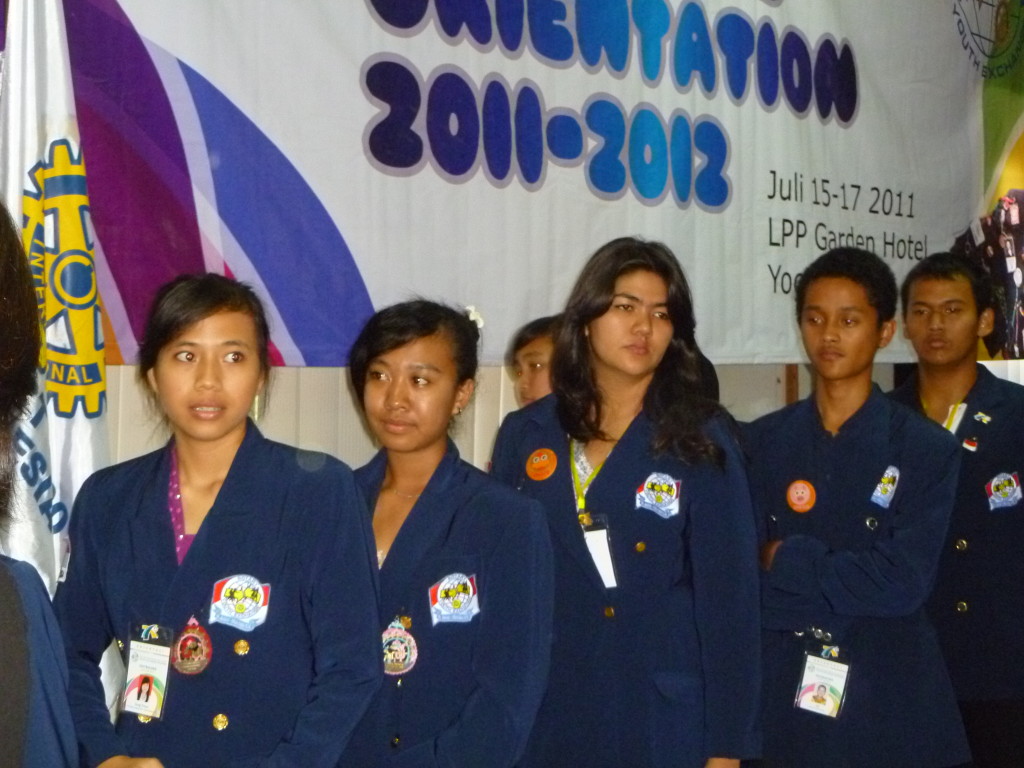 High school students from Indonesia at the orientation meeting in Yogyakarta prior to their departure, By: Sita van Bemmelen

The Youth Exchange Program (YEP) offers children in the age group fifteen to nineteen an experience intruding far deeper in a young person’s personality. A YEP participant goes to a foreign country for as long as school year. During that period, they stay with between two to four host families and are obliged to attend a regular high school and learn the language of the host country. The best age for a teenager for taking part in the program is between fifteen and seventeen years old, because they will more easily adapt to the school routine. Young people, who have already graduated, may find it unpleasant to have to go to high school again and attending classes in a group of teens younger than they are. If they are already used of driving car or motorbike and going out over the weekend on their own, they may dread the rules for conduct prescribed by the Program. But for some of them, the experience may be worthwhile as well, in particular if the Club that receives them assists them in pursuing their interests.

In comparison with a student in college abroad, a teenager who stays with different families in the host country is situated far more ideally to learn about a foreign culture and social do’s and don’ts. If the youth is able to internalize these, it constitutes an invaluable source of social capital that may serve him or her well in the future. The placement in a host family also guarantees supervision and care, as the host parents vouch that they will treat the child entrusted to them as if it were one of their own.

Another strong point of YEP is the assignment of a counselor to the inbound student who is accepted by a particular Rotary club. He or she keeps track of the inbound student’s wellbeing and progress in learning the language. If the student faces serious problems in the host family or otherwise, the counselor steps in. Another of the counselor’s task is to provide support when the youth has to give a presentation about the country where he comes from and later in the year about his or her experiences so far.

The program is open to every child that is interested and the parents do not have to be Rotarians. The expense is relatively low, because the host family pays for the needs of the child during its stay with them. 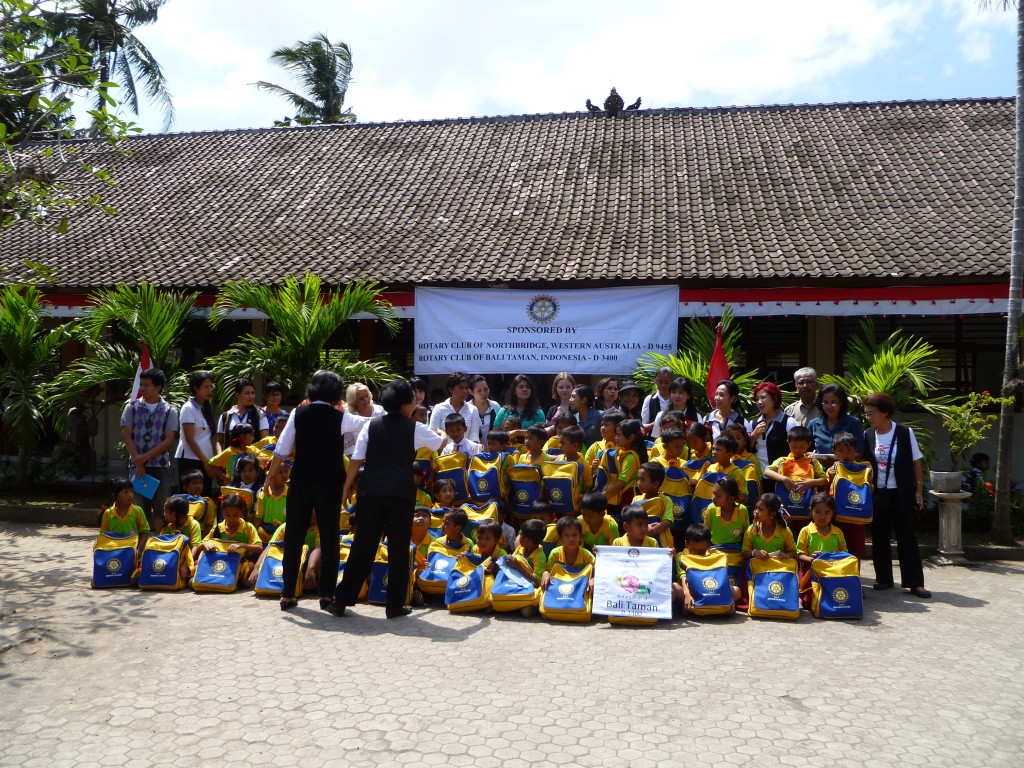 Do not expect it to be easy

It would be dishonest to say that YEP is primarily a ‘fun’ program. Participation is definitely not suitable for the faint of heart. The youth taking part has to be highly motivated and possess the stamina to face adversity. Homesickness is just one of the many challenges. Kids from western countries who come to Indonesia have to get accustomed to a school system that differs in many ways from what they are used to at home. Classes with forty or even fifty pupils are no exception, memorizing is the usual way of learning, school weeks up to thirty-five hours are normal.

What I have heard from several of them, school is boring and difficult, because the YEP student generally lacks basic knowledge of the Indonesian language. On the other hand, they may be pleased with the corporate spirit of the classmates and find the interest of the latter in them soothing. Indonesian YEP participants may have the opposite experience: school is challenging, but their classmates indifferent brats. Often they have at least a basic knowledge of English, which helps picking up another western language.

Host parents may encounter challenges as well. Imagine the South American guy who is too lazy to go to school and likes to go partying every weekend? Or the Indonesian boy who has been forced by his ambitious parents to go to America and shuts himself up in his room refusing to take part in any family activity? Presently, host parents have a new adversary in the form of the laptop. What to do about a foster child  who likes to stay in its comfort zone chatting with school friends at home and watching movies instead of communicating with the people who are around or follow, let’s say, a typical Indonesian activity, like gamelan or traditional dancing lessons?

In general, few YEP teens drop out before their time is up or have to be sent back to their home country for some serious trespass. A larger part may feel they had difficulty sticking it out, while others are outright positive about their experiences. Of course, most often feelings are just mixed. But whatever their feelings, the vast majority comes out of the year with deeper knowledge about the world. No less important is an increased awareness of their individual strong and weak points. This fosters self-confidence and self-esteem.