East Timor Independence Day is celebrated on the 20th of May every year. This important day marks the independence won by Timor Leste from Indonesian rule in 2002. The day is also referred to as the Independence Restoration Day of Timor Leste.

East Timor is one of the world’s newest and poorest states, located at the eastern tip of the island of Timor. The country was colonized by Portugal (in the 16th century), but declared its independence in 1975. East Timor was subsequently invaded by Indonesia, and ruled as Indonesia’s 27th province. East Timor is the youngest state in Southeast Asia and became the first new sovereign state of the 21st century on May 20, 2002. East Timor is one of the only two Roman Catholic Southeast Asian countries, the other being the Philippines. The country continues to suffer the aftereffects of a decades-long independence struggle against Indonesia, which damaged infrastructure and displaced thousands of civilians. To read more about Timor’s struggle for independence, please read Ed Caffin’s Timor Leste: a Country Colonized and Neglected. 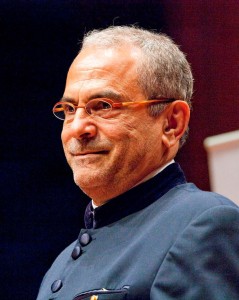 Usually, festivities and celebrations start the day before independence day, with masses at cathedrals early on in the morning. On the day itself, proceedings start with the President of the Republic Palace welcoming the Armed Forces. The President, Dr. Jose Ramos-Horta then inspects the troupes and flags are raised following the inspection. Arms are hoisted and fitting tributes are paid to the soldiers and freedom fighters of Timor Leste.

Read more about this fascinating country and its turbulent past in Labodalih Sembiring’s Introduction to East Timor.