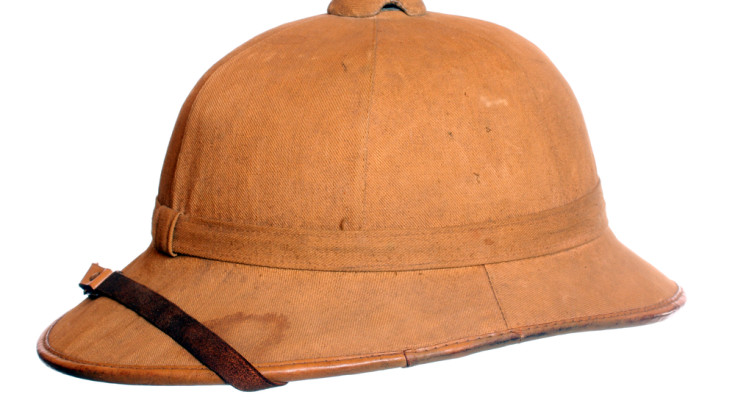 The Mimicry is a behavior that is stimulated by the inferiority. The mimic man covers the lacks and the inferiority with an imitation of the behavior of the Superiors. They cover their lacks which are showed by the Superiors demonstrating their equal ability. Homi Bhabha (1994) relates the mimicry act with resistance. They mimic because they do not agree with the White’s opinion or the ‘fetish’. Richard King (1999) said that the colonial space is an agonistic space. That means that the relation between the colonizer and the colonized has a competitive feature. 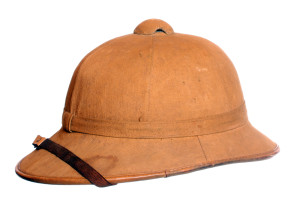 In my opinion, the mimic man imitates at the same time shows his competitiveness. To be a good mimic man, he shows to the Superior that he has the same ability. The ability of competitive power of the mimic man, in the end, becomes a weapon to survive and attack the Superior. The Javanese Nobleman, in the first time took a highest position in their society. The presence of colonizer change their position in a lower degree. They become a Dutch government employer as a regent who is under controlled directly by Resident. Governor can discharge the regents according to a proposal of resident. Fasseur (1997: 25) noted about the dismissal of twelve of regents din Jawa around 1838-1848.

The colonial government gives the Javanese noble people the opportunity to follow modern (Dutch) education in order to get the ideal and loyal employers/pangreh praja. Minke rejects to work in this tradition, he does not want to be a regent like his father and his brother. He wants to be a writer who can express his thoughts and opinions. Minke, as a mimic man, resists transitively.

The dismissal of Bupati Ngajiwo in DSK, indeed, is a scandal for the family. Van Oudijck proposes a dismissal for this Regent because of his problems with gambling, corruption and alcoholism. Raden Ayu, mother of the Regent, begs Van Oudijck to cancel his decision, ”….with loudly sound, she screams that she is a princess as a descent of Sultan of Madura, will be a slave for him for ever” (DSK: 1261; KD2: 130). Raden Ayu, after his rejection of her demands, starts secretly to organize a little rebellion and to use some of the magic. In front of Van Oudijck, that family, especially Raden Ayu and her son Soenario, obey him. They swore to be loyal to Van Oudijck and the Dutch government. In the Bhabha’s term this action is called camouflage; they respond the civilization-invitation and work together, but they hide their resistance.

The resistance by using magic is a part of resistance of mimicry which disturbs the colonizers. They feel the resistance, but it is very difficult for them to find its source. Otto van Oudijck said that it looks like the power inside a quiet volcano, as a power to disturb and annoy others. In the end, the mimic man becomes the menace and danger for the authotity of the colonial people because with resemblance the mimic man can not be accused of resistance .

The resistance to colonialism takes place in the Dutch-Indies literary works. Novel Max Havelaar portrays the injustice and oppression in Dutch colonialism, especially with the story about Saijah and Adinda (Dolk, 1996). To follow Multatuli, Boeka, pseudonym of P.C.C Hansen, writes his novels with the theme of poverty and sufferings of the Natives, and he defends the Native in the context of Dutch prejudices: lazy, apathetic, fatalistic and obedient (Hartoko, 1979). Madelon Hermina Szekely-Lulofts portrays in her novels Koeli and Rubber the life of the Native in Deli, and in her novel Njoet Nja Dien she presents the female hero of Aceh (Ibid,. pp. 215; Sastrowardoyo, 1983).

With different narrative styles, the two novels, BM and DSK, provide evidence that literature can be used to represent the human experience of truth and reality in the turn of the Dutch colonial 19-20th century. By taking the form of ‘external focalizer’ or ‘narrator-focalizer’ who has an unknown identity, DSK takes a distance from the life of the characters, so that the narrator can take a relatively neutral stance towards colonizer and colonized. BM, by presenting a ‘internal focalizer’ or ‘focalizer-character’, gives a more emotional touch to the reader. BM presents colonized figures who speak about their colonial experience, their struggle against colonial injustice.

Novel DSK, as one form of colonial discourse, is characterized by contradictions, by the ambivalence between fantasy and desire: DSK sees the East as a beautiful place, but mysterious. This novel represents the Dutch invitation for natives to work together, following the mission of civilization, but the invitation is constrained by the attitude which is considered contrary to the demands of the European ideal standards: dedicated, diligent, and transparent. Even so in DSK , not all of the natives are constructed as lazy people. There are also diligent natives and some Europeans are lazy. In the view of DSK, the objectives of the Dutch East Indies government, which are to bring prosperity to the people, can be met by the ideal of colonial subjects in both parties working together in a diligent, dedicated, and transparent way.

DSK criticized some European people who just want to accumulate wealth in the Dutch East Indies to bring back to Europe, and recognizes the nobility as a tool to control the common people. As a novel which was published in Dutch colonial period, DSK is a novel that dares to show ‘depravity’ of Dutch lives by the behavior of the governmental elite, both native and Dutch, including their environment such as family and friends. BM presents the colonial experience of the occupied, which marks that the ideals of education and civilization from Europe are tainted by their own attitudes towards indigenous people and their discriminatory practices in law and society. This is confirmed by the existence of ‘depravity’, as depicted in the DSK.

The attitude “sumangga Kersa” (or permissive attitude), which emerges from feudalism, perpetuates colonialism. This is strongly criticized in BM in the denial of the opportunity for Minke to become a regent . The native (Minke) as well as Dutch people (Dutch resident) can refuse a high position (DSK). With the attitude of making a career outside the family tradition, and with hard work, Minke wants to scrape “indigenous myths which are not innovative”, like humming gamelan-music…

Camouflage is the resistance-choice of Soenario and his family (DSK). In front of the Dutch, they obey and cooperate with Resident Otto van Oudijck, but secretly send witchcraft. This type of transitive resistance takes the second form, namely avoiding domination of the colonists by agreeing but acting the opposite way. Minke and Nyai Ontosoroh are at first mimic people without awareness on aspects of resistance, but later on change to become conscious of transitive resistance; the civilizing mission of the Dutch, which they follow, provide them the opportunity to resist. They also support the Bhabha’s notion that they as ‘mimic people’ have become different persons, similar with the White; they become new persons , ‘almost the same but not quite’. They are still indigenous people and are not permitted to become Westerners; so their presence has to be controlled, as it is not allowed to exceed the limit of ‘thankfulness’. Colonial court forces them to realize their indigenousness. Their desire to occupy the place of the ‘lord’ is stopped by the law.

This research reveals that both novels, which observe the period of Dutch colonialism, voice the resistance to the West in different ways. DSK doubts the objectives of the colonial government to keep control of the Dutch East Indies because the resistance from residents of Java to the West’s ideas is always there. They are ready to resist when they are disturbed or attacked. The voice of resistance in this novel is also indicated by the fate of the main character, the mental defeat of main character. He admits that in addition to a transparent and rational life, there are mysteries in life. This novel takes the reader to an understanding that the criteria of the West (read colonial discourse) are not the only determinating and winning ones.

These two novels remind us of the political compartmentalization of human beings in occupied Indonesia, based on race or ancestry , and the differentiation of facilities: education, law, settlement, and other public facilities. Legal racial treatment and apartheid have been implemented (Mohamad, 1999; Locher-Scholten, 2000; Muntolib 2008). The construction of identity of colonial subjects which based on the race, characterizes Dutch colonial traits and reminds us that that apartheid does not only happen in South Africa, but also occurs in the Dutch Netherlands- Indies.