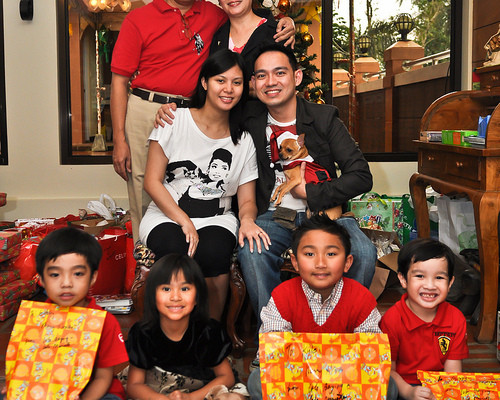 Christmas in the Philippines – A testament of tropical rejoicing! 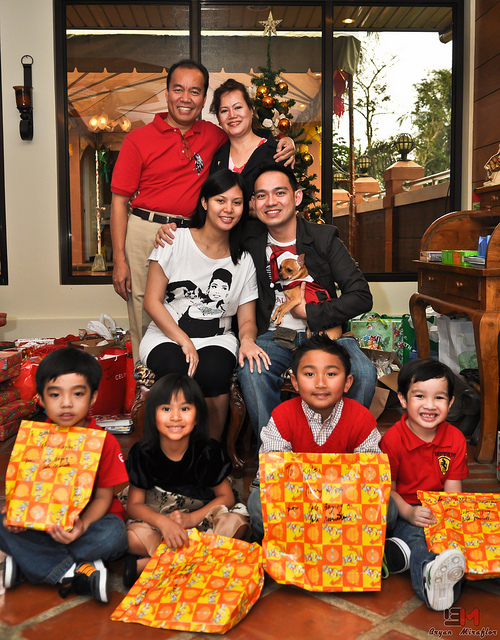 Christmas in the Philippines, By: Bryan Miraflor

The Philippines, being the only Christian nation in the whole of Asia, takes joy in the celebration of the Yuletide Season. It is the time of the year when Jesus Christ is believed to have been born by Mary, with Joseph, in a manger.

But unlike in other Christian countries where solemnity is the ‘it’ word for the occasion, this country celebrates with laughter, booze, karaoke, and yes, with fireworks in many homes!

Below is the list of what you will find in every corner during the whole season:

1. Children’s Carols – when you’re in the Philippines during Christmas, prepare lots of loose change for kids who will suddenly sing right at your doorstep. Using improvised musical instruments (flattened bottled caps held together with a wire as substitute for tambourine, dairy tin cans covered with flattened cellophane as substitute for drums) the kids will sing you joyful Christmas songs in amusingly jumbled English lyrics.

2. Parol (Christmas Lanterns) – Christmas lanterns in the country come in different sizes but they are mostly colorful as they imbibe the happy mood of the season.  The star is the most preferred design because of the Christian belief that the Magi who gave the baby Jesus the gifts of myrrh, frankincense, and gold were led by a great star to the manger where he was born. 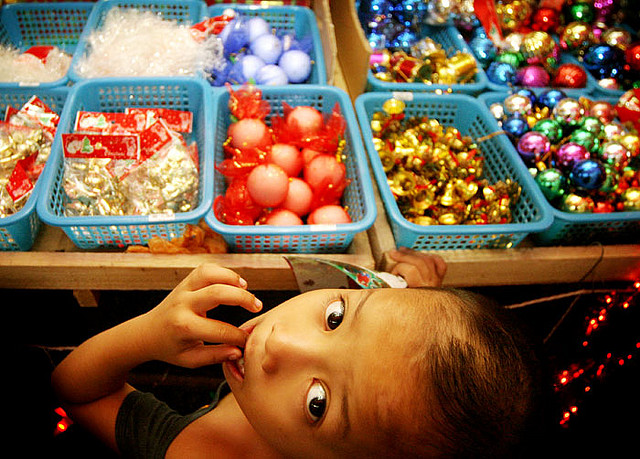 All that glitter...By: Roger Alcantara

3. Misa de Gallo (Dawn Mass) – starting December 16 up to December 24, Misa de Gallo is attended by every Catholic. This is done as a form of the 9-day novena for the birth of Jesus Christ. You can really expect to find the churches packed with so many people: from babies, to mothers, fathers, grandparents, and even teenagers. 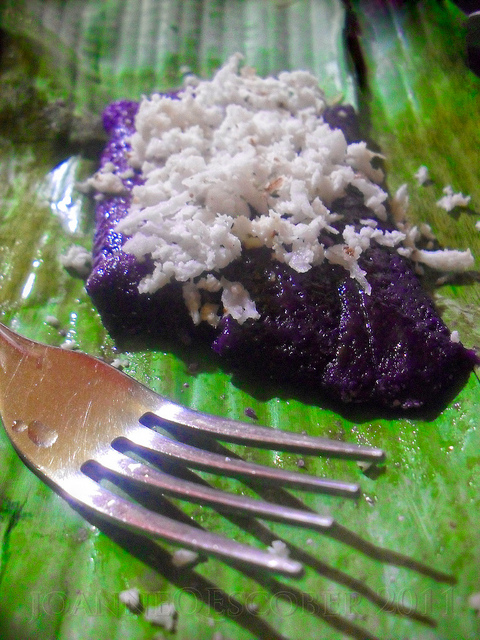 4. Puto Bumbong (Rice Cakes) – after the Misa de Gallo, locals complete their mornings with rice cakes, but the most popular is the Puto Bumbong. The cake is made from violet-colored malagkit, a Philippine variety of rice. The raw cakes are placed in bamboo tubes and steamed in a special steamer. When it is done, the cakes are removed from the bamboo tubes, placed in a banana leaf to preserve the heat, garnished with butter and relished with ground coconut. Learn how to make it with our Puto Bumbong recipe!

6. Christmas Sales and Bazaars – during Christmas seasons, get ready to shop ‘til you drop because prices in malls and even in bazaars nosedive from 10-90% off the original price.

It is one happy month for Filipinos, and when you’re in the country, you can’t help but enjoy the contagious laughter and gift-giving. But most especially, you’ll be more enticed to be grateful for the blessings and share it with everyone around. And as you do so, be sure to greet those who you come across with, “Maligayang pasko at manigong bagong taon (Merry Christmas and a happy new year)!”