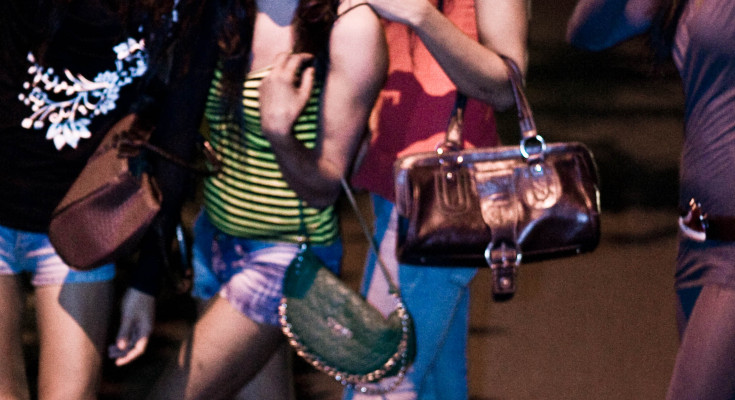 If you decide to romp the late night streets of Yogyakarta, you might encounter one of the area’s 350 waria performing in the streets, soliciting sex or just hanging out.

The term waria is an amalgamation of the Indonesian word for woman, wanita, and the word for man, pria, which has been coined to describe the transgendered population of Indonesia. These days in Yogyakarta society has buttonholed its warias into a specific category of entertainers (namely buskers and street artists), beauticians and sex workers, because they are deemed socially unacceptable in other professions.

The Senin-Kamis (Monday through Thursday) School is a school located behind a beauty salon in Jogja specifically welcoming and teaching the queer and  transgendered population about Islam, and providing a space for them to pray.

According to Hannah Brooks at Vice Magazine, many warias feel uncomfortable attending prayer at the mosques in Jogja, because, although Islamic law does not prohibit anyone from entering mosques, it does demand division of genders for prayer as well as prohibits the imitation of the ‘opposite’ gender. This division of gender during prayer can be confusing and leave the waria open to ridicule and discontent from the general Muslim population. In this sense, for the queer community not only in Jogja, but also in the rest of Indonesia, Senin-Kamis is a godsend, so to speak. 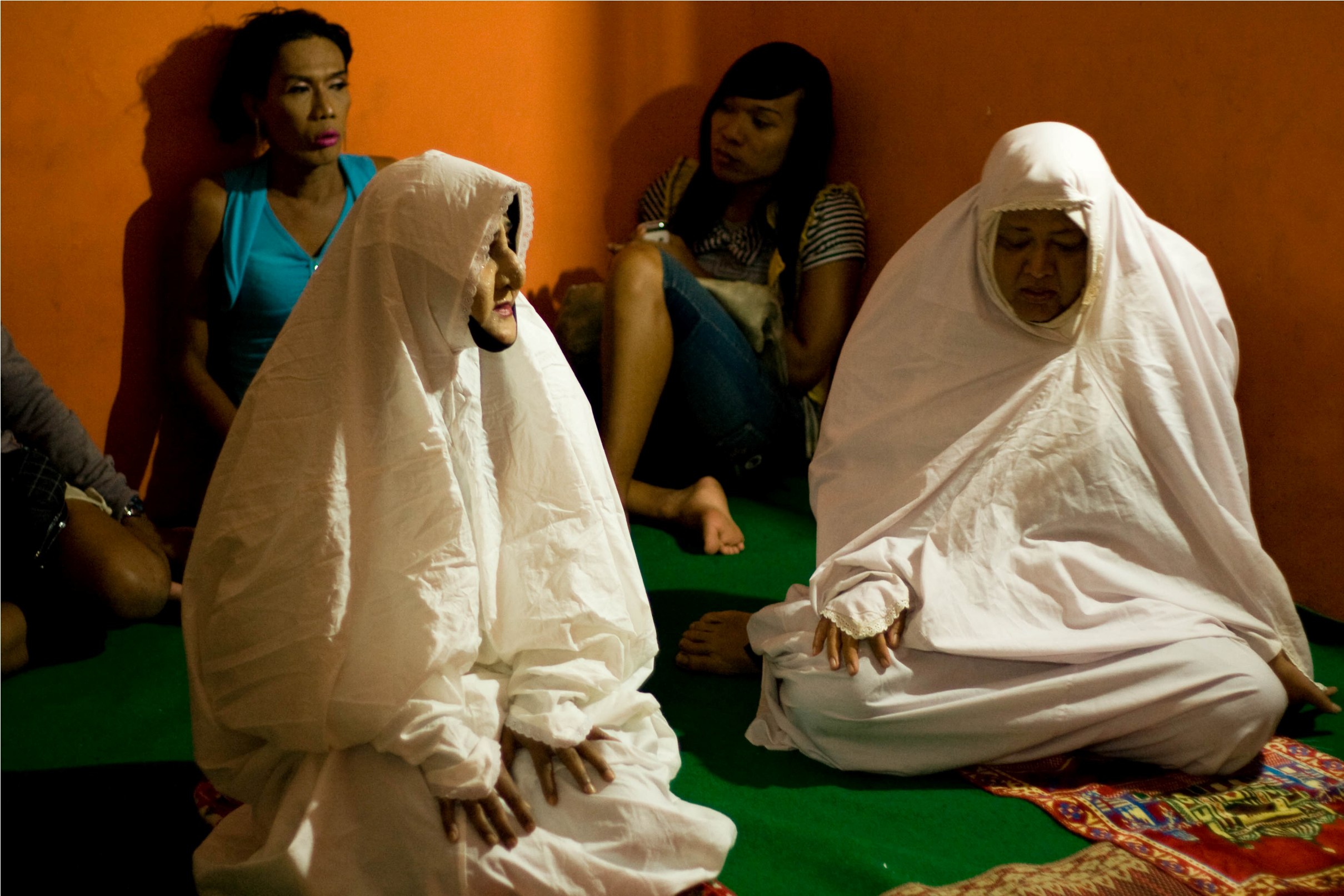 Adorned in vibrant colors, a mass of done-up of hair and a heap of makeup, the typical waria street entertainer or sex worker is nothing less than a spectacle on the night streets of Jogja that cannot be ignored. Many Muslim warias refuse to get a sex change because it is against Islam, but they still feel most comfortable proclaiming their gender as female with male organs. Prodita Sabarini from the Jakarta Post quotes the founder of Kebaya on the topic: “I will not have an operation,” Mariyani said. “I don’t want to defy God’s laws.” [Life as a (Special) Woman. The Jakarta Post]. 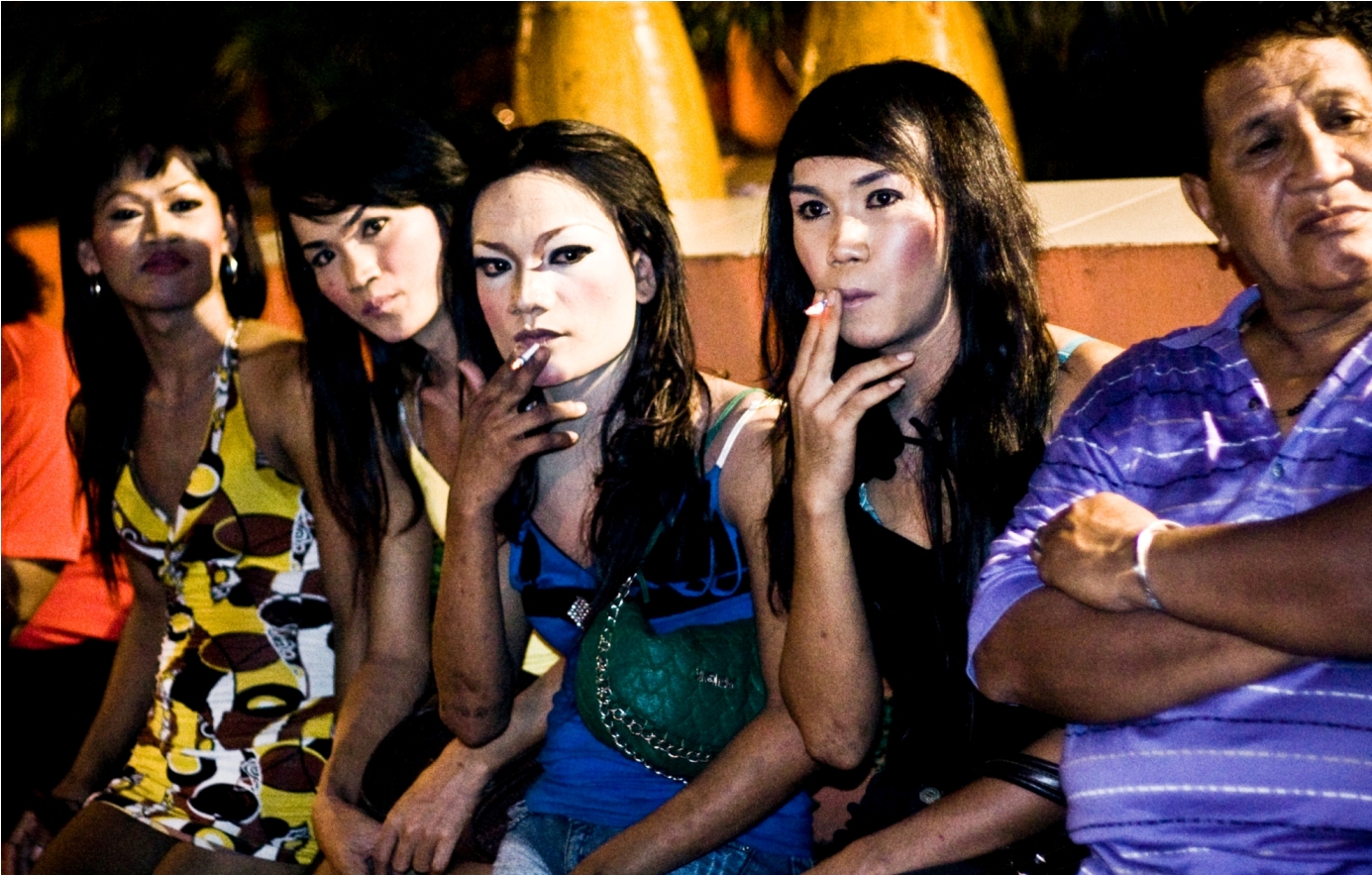 However, many waria still consider it acceptable to have routine silicone injections, contributing to exaggerated facial features and sometimes breasts.

Wariazone: A Documentary about Yogyakarta’s Waria

Among many locals, tourists and sex-seekers, the warias in Yogyakarta have also attracted the attention of a young anthropologist, Terje Toomistu, who last year, with her colleague KIWA made an independent documentary called Wariazone about these figures of Jogja’s seedy underbelly and their strife. Watch the trailer below for a brief introduction to Wariazone:

According to Terje the silicone-influenced appearance of warias in Jogja can be a good indicator of different generations. In 1992 there was a huge abundance of silicone, and many older warias got injections then, but the younger warias of the present day have seen some of the negative results of silicone in their elders and some have taken to birth control pills and hormone injections instead. Also, the appearance of ‘complete femininity’ is not as dire as it used to be. “Nowadays the conception of feminism is more broad so there are warias wearing pants, and ‘hipster’ warias etc.” –Terje Toomistu.

The average sex worker waria in Yogyakarta earns as sometimes as little as 20.000 Rupiah a night (for oral sex), and unfortunately HIV is rampant in the transsexual community. According to Terje, 34% of waria sex workers in Jakarta are HIV positive, while the statistics in Jogja are still being measured.

Kebaya (Keluarga Besar Waria Yogyakarta), Yogyakarta’s Center for Transgendered, is an NGO developed by Transvestites in Jogja for the Transvestite community. Kebaya’s mission is to protect and educate the transgender community in Jogja against and about HIV, and to have a safe family hub for them. “The most crucial issue is family acceptance. They [warias] have their kind of place in society, as long as it’s not at home with the family. If a family is accepting of a waria, then she has a possibility for education and financial and emotional support, but if a family doesn’t accept her, maybe she will run away to bigger cities, run away with other warias, get involved in sex work, etc.” -Terje Toomistu. “The point of the film Warizone is that the warias are put into this zone; they are here but they are kept silent and within their limited sphere of activities, where they are accepted.” 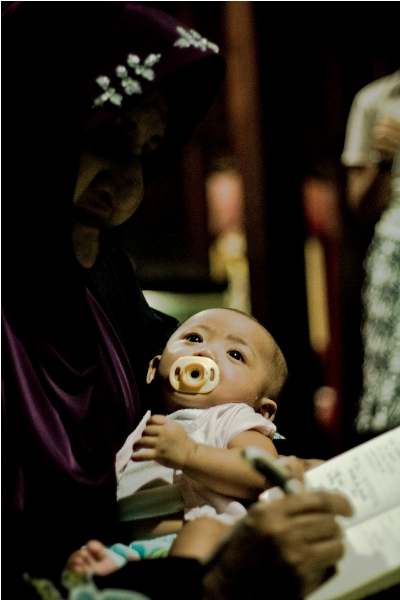 In Iran the government subsidizes sex change for transgenders to eliminate the ‘haram’ or ‘sin’ of males having sex with other males. “The issues warias in Indonesia face are issues really having to do with the politicization of morality. The film is not only about transgender but about these bigger issues around Indonesia and the rest of the world.”

If you wish to see Wariazone it is playing at the Yogyakarta Documentary Film Festival, December 5-10. If you would like to know more about Kebaya please refer to the useful links below: