Kotagede: The Last Heritage of the Mataram Kingdom

A bell was tolling as Kotagede was officially declared a cultural preserve in Yogyakarta by Sultan Hamengku Buwono X a few weeks ago. The quarter presently situated on the southeast of Yogyakarta city, was once the capital of the Islamic Mataram Kingdom. Walking through the alleys, its history breathes through the walls.

When I was there, the alleys, more or less 3 yards wide, were still wet with drizzle on a cloudy afternoon. Three boys turned up from behind a tall wall in an alley in Jagalan village, Kotagede, Banguntapan, Yogyakarta. They were heading to the main road, then heaven knows where else. 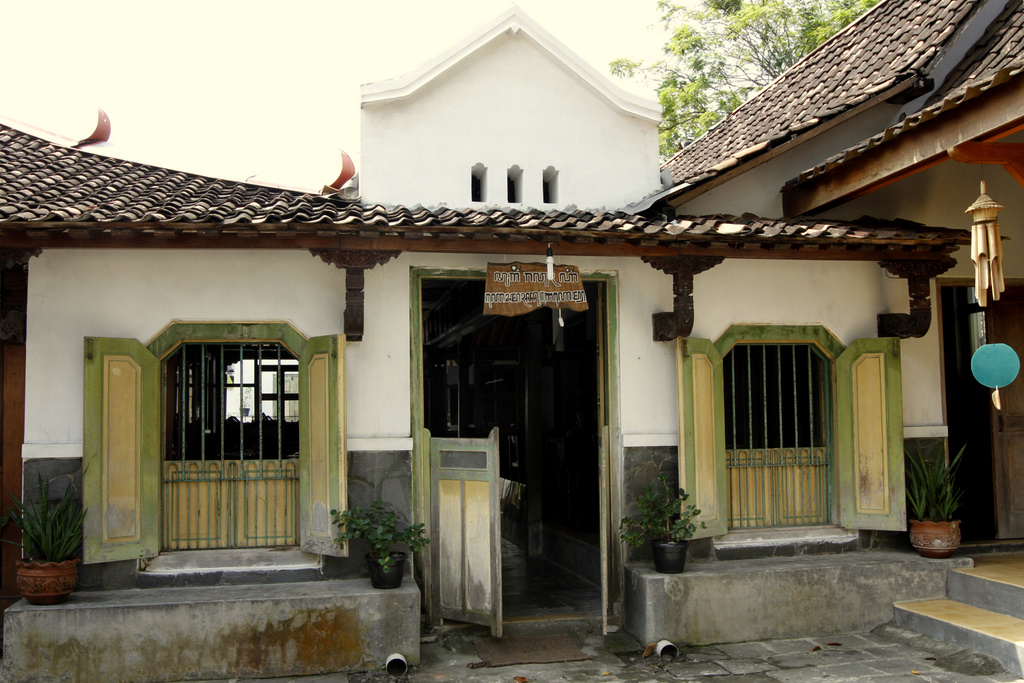 A traditional house in Kotagede, By: Putri Fitria

Walking between the high ramparts in the old town, I could feel the grandeur of the Mataram Kingdom. Antique houses in Javanese traditional architecture, joglo and limasan, as well as traditional European style elements are set at the back of the outer walls that stick up twice as high as an adult.

Jagalan: shook up but still standing

“Of the villages in Kotagede, Jagalan is the richest in terms of the number of antique houses. We have about 250 of such here,” said Solehuddin, the village head in his office behind Jagalan Sport Hall on Tuesday (4/19) afternoon. Solehuddin, on his own account, is a Kotagede native. He knows everything about the people that live there, the topography and the history.

In his opinion, to get the authentic feeling of Kotagede, besides observing the hundreds of old houses, one must visit the Grand Mosque, the saudagaran buildings, and the burial ground of Panembahan Senapati, the founder of Mataram Kingdom. 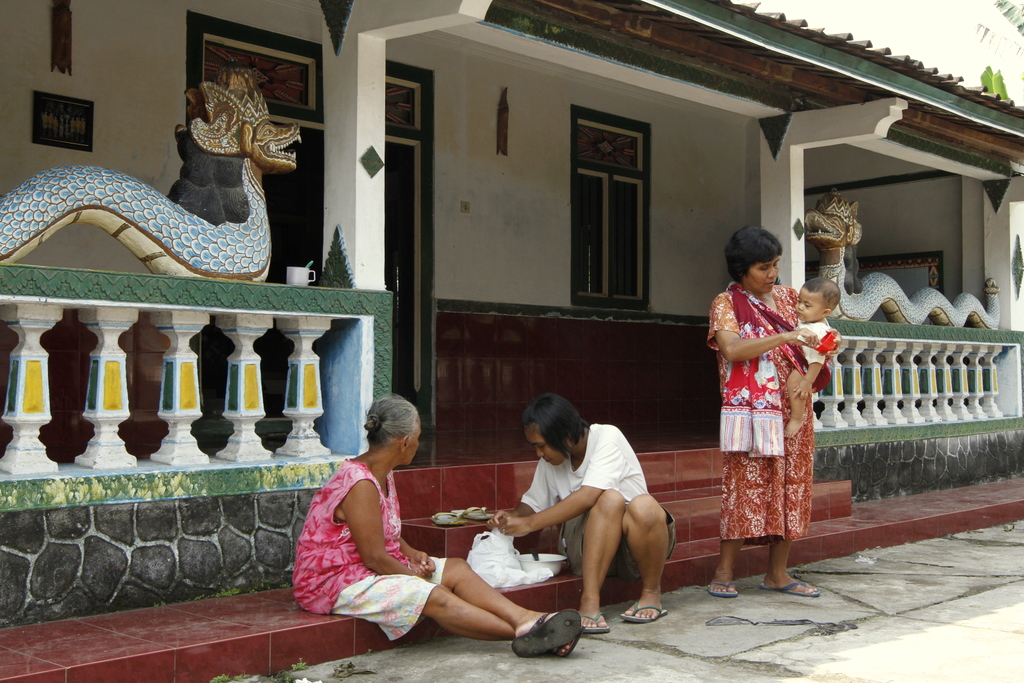 Everybody knows everybody in Kotagede, By: Putri Fitria

A change has taken place since Jagalan came to be a protected area per March 17th, 2011. Kotagede began straightening up. A number of inns were built and signposts refurbished. “In fact, we have had some houses that provided lodging for tourists but not with a proper pricing, they charged very low prices,” said Solehuddin.

A man who owns a home textile factory in his house not far on the north of the Grand Mosque, is very optimistic. Bantul regional government joined forces with Yogyakarta municipal government to work on the effort under the aegis of the provincial government to conserve the cultural heritage of Kotagede. Solehuddin did not turn his eyes away from the fact that there were many who had to put up their houses up for sale. As he recorded, since the earthquake hit Yogyakarta back in 2006, there have been 35 units sold. “They didn’t do it because they needed the money, but because they did not know what to do about the houses. Most of them are the umpteenth heir,” he said.

Solehuddin, who is known to be close to the youth of Kotagede, said that selling the traditional houses was also caused by the severe consequences of the disaster. They decided to sell them as they could not capitalize the reconstruction. “Building the front part of a joglo house alone requires hundreds of millions of rupiahs. That does not include the sringgitan and gandok (the other compartments of a joglo architectural design),” he added. The quake damaged dozens of historical buildings in Kotagede and, according to Solehuddin, only some of them have been renovated. 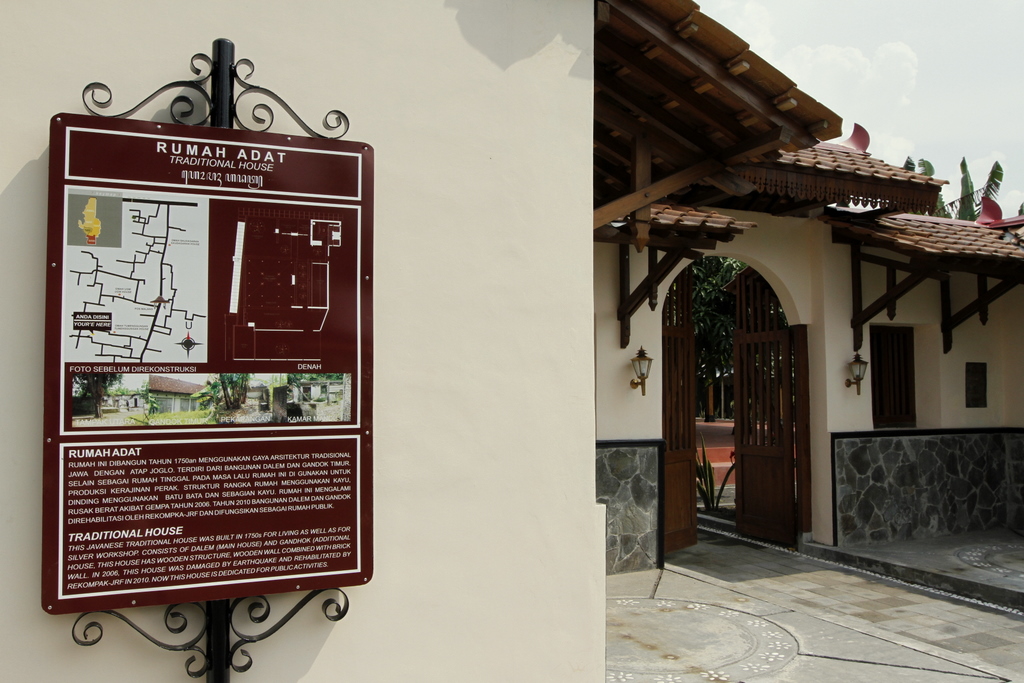 Thus, being supported by the government, Kotagede is aiming to preserve the antiquities and cultural heritage. 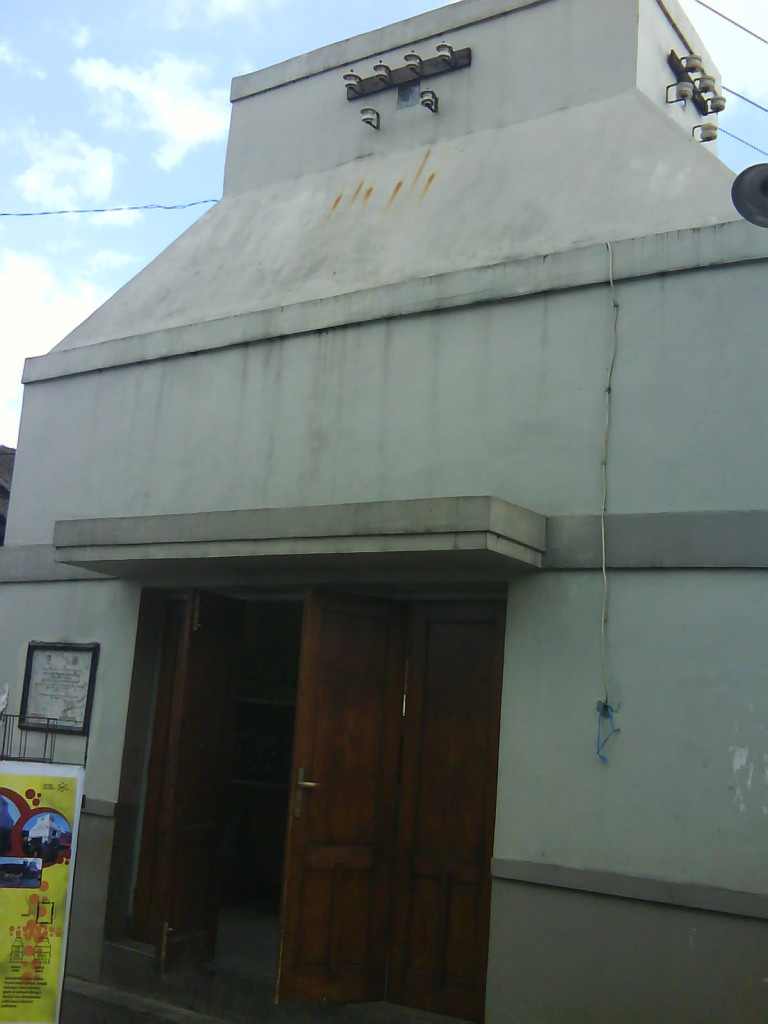 Babon Aniem, destroyed during the quake of 2006

Mbah Joyo is a 90 year old man who lived in Kotagede how whole life. In his old eyes, his town will not be the same without the Babon Aniem building, the Dutch-made relay station on the northwest of Pasar Gede which collapsed following the 2006 earthquake.

Sitting 50 meters away, mbah Joyo used to stare in awe at Babon Aniem. His house sits near the 1900s-built construction so he got to see it on a daily basis. Every night, he never got bored looking at it, as if the building could bring back the memory of his youth when the Dutch were still in control of Yogyakarta.

“The 2006 earthquake ruined Babon Aniem. For some time after that, Kotagede seemed to miss its soul,” said the graybeard in front of a shop on the north of Pasar Gede, Wednesday (4/20) night.

Babon Aniem is one of Kotagede landmarks. In the book Toponim Kotagede published by Rekompak, it is said that the relay station was a property of the Dutch-Indies’ electric power company, called NV Aniem. There are actually three more similar buildings that can still be seen in Yogyakarta: one near Pojok Beteng Wetan, one on the east of Hotel Garuda, and another in Kotabaru.

Not everyone knows, though, that Babon Aniem is not the first modern building to be constructed in the quarter. Pasar Gede (literally, Big Market) is even older, as it was built by Islamic Mataram Kingdom at the same place as now.

Sensing the Heartbeat of Pasar Gede at Night

Pasar Gede, which some historians believe to be the seed of Mataram Kingdom, would in the old times have been crowded by merchants and shoppers engaged in transactions since early in the morning. Probably it was busiest on Legi, i.e. a day in the five-day Pasaran cycle of the Javanese calendar. It still is busy today.

As the night falls, a different situation takes place. People’s activities still go on, but shift to the streets and the alleys around the market. A variety of goods are on offer, from gudeg, secondhand wares, clothes, to snacks like eel crackers.

“I open from 14.00 until the shops are closed,” said Wuryati who runs a gudeg stand in Pasar Legi. Wuryati added that when the shops are closing up at around 21.00 or 22.00, drink stalls will begin operating. And the most well-known, as the 47-year-old woman mentioned, is probably the one that sells kunir asem, a drink made of turmeric and tamarind water, on the market’s north terrace. It usually opens from 22.00 until morning.

Markets are very vital to Javanese societies. It is the economical locus as well as a place for social and cultural interaction at the same time.

A market is the heart of a community’s economy that through it they will develop. The king believed that the market would encourage the development of various professions. It stood true.

Pasar Gede, aka Sargede or Pasar Legi, remains the busiest place in Kotagede up to this day. Kotagede turns up differently at night—more placid than during the day. In the moonlight, one gets a more vivid impression of the Mataram Kingdom.