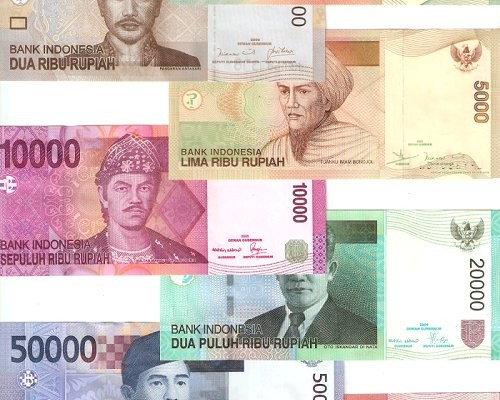 The Indonesian Rupiah: Money with Character & a lot of Zeros

Indonesian money surely isn’t the most practical. Most people carry many notes around in their wallets, because even for the smallest purchase, you’ll need thousands of rupiahs. It gets worse when you have to pay large sums of cash, and all those zeros start to make you dizzy. Also, well-used notes, like the 1,000 rupiah one, can look so much abused that I sometimes hesitate to pay with them. On the other hand, rupiah banknotes are, unlike those of most other countries, quite beautiful and interesting to look at. The Indonesian rupiah truly is money with character. Here are some facts and figures.

Why are rupiahs called rupiahs? The name rupiah comes from the Sanskrit word for wrought silver, rupya. The name was first used to denote a coin introduced by a 16th century ruler in Northern India. The coin obviously was silver based. From there, rupee or rupiah became a common name for the monetary unit in many countries along the Indian ocean, like India, Pakistan, Seychelles and Sri Lanka. And the name also made it to Indonesia. 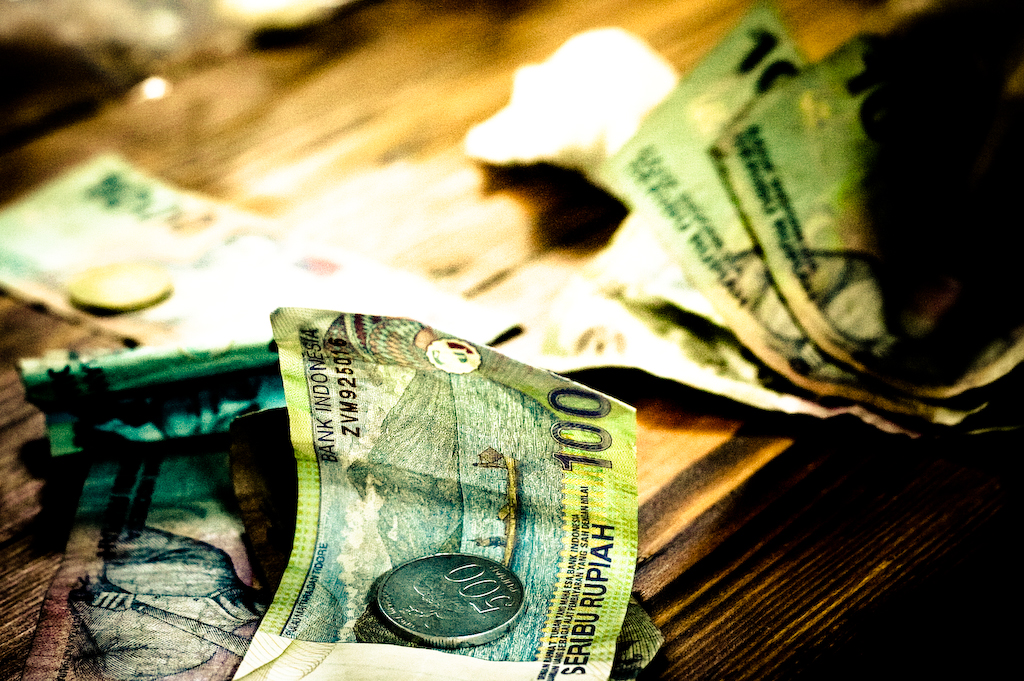 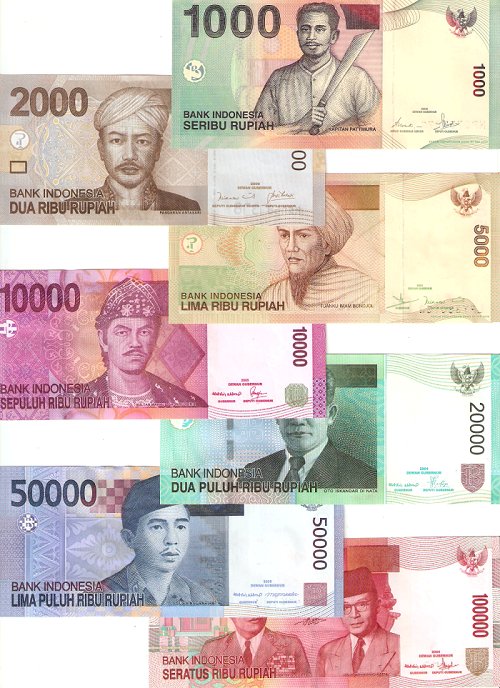 Indonesian Rupiah notes: colorful & with a lot of zeros!

What’s on the Indonesian Rupiah Notes?

The designs and images have changed a lot over time, but in the newest series every note has a national hero and a landmark or cultural scene on it. With a country so diverse, it must have been hard to choose. In addition, all banknotes are distinctive in color. For example, in the current series the 1,000 rupiah note is blue and green with Captain Pattimura featuring the front side and a picture with a view on Maitara and Tidore islands in North Moluccas on the reverse side. Of course, the red coloured 100,000 rupiah note features Indonesia’s biggest heroes Soekarno and Hatta, with the Indonesian Parlement building in Jakarta on the reverse side.

Here’s a list of denominations and what’s on them:

Since When Does Indonesia Use the Rupiah?

While the Nederlands-Indische gulden was used in colonial days, the rupiah was introduced right after Indonesia declared its independence. During to the revolutionary war of 1945-1949, a few versions of the rupiah were issued, but it wasn’t until 1953, with Bank Indonesia just established, when the first ‘new Indonesian rupiah’ appeared. Roughly every 10 years new versions have been issued.

Everybody a Millionaire in Indonesia?

Maybe you still remember the first time you got money of an ATM machine in Indonesia and walked away with hundreds of thousands of rupiah in your pocket, or maybe even a few million. It wasn’t always like that. In 1953, Bank Indonesia issued banknotes of 5 rupiah and above. Since then, much has changed. In the spiralling inflation of the ’60s and ‘70s and again during the Asian Financial Crisis of the late nineties, the Indonesian rupiah has devaluated strongly. And that has been the biggest problem for the Indonesian rupiah: it means consumers have to carry large amounts of money.

What about the future of the rupiah? Since banknotes nowadays have at least 3 zeros, Bank Indonesia proposed a redomination of the rupiah by truncating 3 zero digits. So the 100,000 rupiah note would be replaced by a new one of 100. This should simplify transactions, which often run into millions. It would definitely be a lot more convenient, but some people fear it would cause an increase in devaluation of the rupiah. Whatever happens, I sure hope the rupiah will keep its character.

Learn how to pronounce the names of the rupiah bills in the video below: