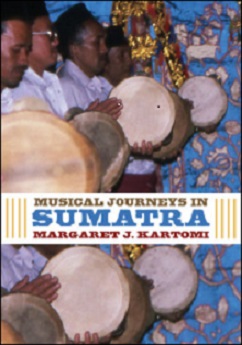 This is a delicious book – to be savoured, appreciated for its richness of detail and admired for its texture and cohesion. It made me greedy for more. I thought I could just dip in and read it over a week or so (it is a lengthy tome) but I was drawn into it from the first page of the Preface and just kept reading.

It is also an innovative work, of great significance for describing, categorising and analysing Indonesia’s traditional musical arts. It draws on four decades of Professor Margaret Kartomi’s research and field work into the music and dance forms of Indonesia, work for which she has received international recognition. Her contribution to the training of scholars from Indonesia and Australia who work on music and the traditional arts of island Southeast Asia is ongoing and remains unrivalled.

What makes this book so good?
I will select just four features. Although this does not do full justice to the richness of the book it conveys a sense of the scope and character of the work. First, the narrative is engaging. The following extracts from the Preface are personal and lyrical and express Margaret’s enjoyment of the time she and her husband, Hidris Kartomi, spent in various regions of Sumatra. She begins the Preface with these sentences: ‘Mas Kartomi and I have many warm memories of Sumatra. Our most moving experiences were of economically poor but culturally rich villagers everywhere who gave unstintingly of their warmth and hospitality…’

Describing the terrain they walked or travelled through, she remembers: ‘[there were] jagged ridges with white mist hanging over crater lakes; the fresh scented air after the rains while I walked along forest paths; the short, rocky streams that cascade down to the narrow plains of the west coast…’. She describes another memory, this time of a night voyage. ‘I vividly remember listening to local legends told and sung to us before we fell asleep under the stars on sacks of copra on our all-night voyage from Sibolga to the southern shore of the island of Nias, where we heard the soaring music of the powerful hoho choirs…’

These contexts of landscape, eco-systems, people, oral narratives and, of course, music, narrated in this natural and vivid style, are the elements which underpin the structure of the book.

Secondly
Second, the book is extremely well organised, as a work of this size must be if it is to serve as a work of reference. Sumatra is a vast island of at least 44 million people who represent a richness of ethnic diversity perhaps matched only by the other large islands of Borneo and Papua New Guinea. To provide coherence for her Sumatra-wide approach, Margaret has devised an intersecting system or grid-like structure. The main frame of the grid is a vertical axis of musico-lingual groups (based on language usage), geographic area (based on topography of habitation – river, mountain slope, coast), and the administrative unit (province) in which the groups live. 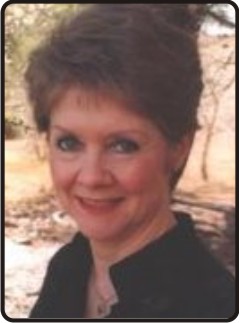 These coordinates situate the music makers in space and language group. The horizontal axis draws on the disciplines of eco-geography, history, anthropology and musicology. Working with the information they provide, Margaret identifies and analyses the factors which have contributed to the forms of the traditional musical arts she observed in the 1970s and 1980s. She is able to place each example in the book in time and space, as well as its social and magico-religious or ritual context.

To illustrate the complexity of just one of the forms included in the book, I refer to the descriptions of tiger-capturing chants – accompanied and unaccompanied – as practised by highly skilled shamans in the 1970s. These chants are provided not only with their full musical notations and descriptions of the instruments used but also with their supernatural and spiritual contexts. These include notes about the psychological effects of the power-charged words and music on practitioners and observers (and also on the tigers).

Thirdly
Third, as well as the innovative nature of its structure, the book provides complete notations for important music and dance themes, ranging from songs and orchestral pieces to chants and incantations. This includes the new notational systems Margaret has devised for the complex body percussion movements, used in many Acehnese performance genres. Scholars of music will appreciate the transcriptions which record the interlocking rhythms of the huge range of drum ensembles that seem to be a special feature of Sumatran music.

Finally
Finally, the book achieves an admirable balance between examples of musical performances which are very public in nature, and those which are more private or reflective. An example of the first is the detailed description of the extended and complex rituals, accoutrements, music and movements which mark the Shi’a expressions of grief for the martyrdom of the Prophet Muhammad’s grandsons (in 680 CE). Margaret and Mas Kartomi witnessed these rituals in the early 1980s when they were still being performed without fear of reprisals by anti-Shi’a groups. Since August 2012 and continuing in early 2013 there have been attacks against small Shi’a communities forcing them to engage in many of their rituals discreetly and often behind closed doors. It is thus extremely valuable to have Margaret’s record of a full-blown public commemoration which captures its performance as well as its musical elements.

Contrast
In contrast to the very public Shi’a rituals of the 1980s are the book’s descriptions of the musical traditions of reclusive, shy, forest-dwelling groups of interior Sumatra, who to quote Margaret, ‘want to live in as much isolation as possible from outsiders’. ‘Development’, increasing bureaucratic control, and declining areas of wilderness make it increasingly difficult for these forest dwellers to maintain their lifestyles supported by their musical and traditional cultures. Margaret’s recordings and notes serve as a cultural data bank for these small and threatened populations.

Musical Journeys in Sumatra is a book of great depth as well as breadth. The careful work contained in this book is a major contribution to the recording and analysis of the musical heritage of numerous ethnic groups of Sumatran Indonesians. The book

establishes a baseline for traditional musical arts in their complex contexts. Thus it offers a strong model for others to adopt and adapt. The scholarly notes, appendices, diagrams and black and white photographs enhance the reader’s understanding and serve as valuable records of cultural points in time. A special website has been created in tandem with the book, where audio and audiovisual recordings of some of the performances described in the chapters can be heard and viewed. The book is thus also a conservation tool for practitioners and researchers wanting to know how works were performed in the 1970s and 1980s by masters of the art who have since passed away. Linguists, historians, anthropologists as well as musicologists will thank Professor Kartomi for her labour of love.

Virginia Hooker (Virginia.Hooker@anu.edu.au) is Emeritus Professor and Fellow in the School of International, Political and Strategic Studies, College of Asia and the Pacific, The Australian National University.

First published on Inside Indonesia