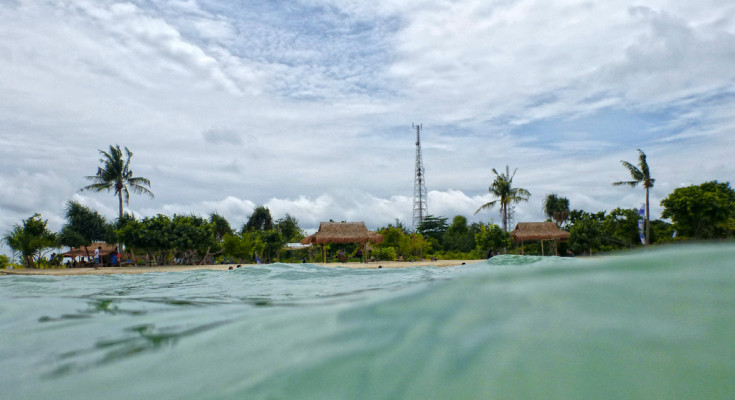 Pulau Pari @ Pulau Seribu: The Island of the Refugees

Our slogan “Latitudes.nu: Your Gateway to Southeast Asia!” has been supported by many travel writers. Over the last two years they have sent us stories from all over the region. Now it’s time to reward the best travel report. You can help us by picking your favourite one. Check Latitudes.nu during the month of April everyday. You may win a price too! Mail your choice to win@latitudes.nu

Pulau Pari is one of the islands of the Pulau Seribu archipelago, located a stone’s throw away from Jakarta. Pulau Pari is one of the more quiet islands, which made it my first option for a visit. Although the kapal kayu (a wooden fisherman’s boat) I rode on the way there was full, the amount of tourists on Pari Island seemed sparse compared to other more popular islands of Pulau Seribu. 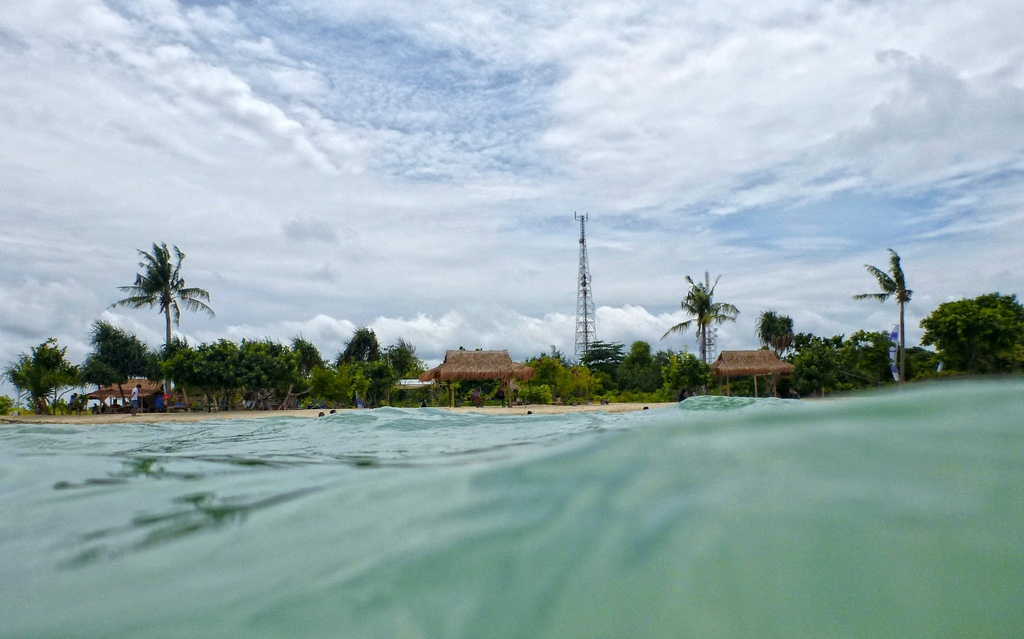 Pulau Pari, one of the most tranquil islands of Pulau Seribu, By: Putri Fitria

Pari, the Island of the Refugees

The boat ride from Jakarta’s Muara Angke harbor took one and a half hour. The boat dock at Pari Island, which was recently expanded, was nothing out of ordinary. But walking a little bit to the east, the white shore of Perawan Beach did look mesmerizing. This beach has only been a tourist destination for a year. It is called Perawan (meaning virgin), they say because the native people had to work very hard to open the route to get there. “The plants were high and sharp. It was so difficult to ‘get in’, thus the name Perawan,” shared a woman who sold coconuts, with a grin. 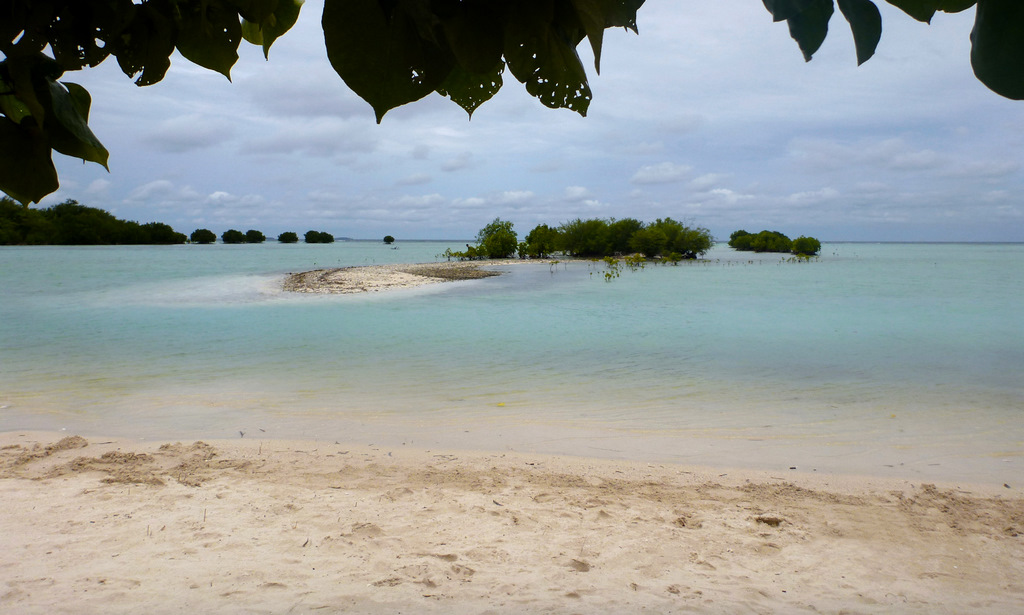 One of the beaches on Pari, By: Putri Fitria

Sipping the fresh coconut juice, I enjoyed a short piece of history about Pari Island and its epithet as the Island of the Refugees. The 94.57 ha island used to be a refuge island for Tangerang people who refused to be forced workers for the colonial Dutch. Before the 1900s, Pari was an uninhabited and nameless island. Apparently, some people from Tangerang chose to stay on Pari island to avoid forced labor.

It was the first family to flee to this island who gave the island the name Pari because there were so many rays (called pari in Indonesian language) swimming around. The family’s (known as the Arsyad family) neighbors quickly found out about their peaceful new life. As a result, some other families from Tangerang followed their path to Pari Island.

Coming from the same hometown, the Arsyad family and other refugees finally established a harmonious social environment. Around 1943, however, this harmonious life was upset by the arrival of the Japanese who took control of the island. At the time, most of the people were forced by the Japanese to become fishermen without any payment whatsoever. Fortunately, the Japanese’s grip did not last long. As the first president of the Republic of Indonesia proclaimed the country’s independence, the Japanese left the island. Soon, one of Pari’s residents had an initiative to provide formal education for fellow islanders in order to develop their abilities.

Formerly depending on fishing, thanks to education they began to try exploiting the surrounding waters for agriculture. They chose Bali sea-grass as a commodity to cultivate. The people’s eagerness to grow sea-grass received support from the government. Not long after, the government built a research center to be run by the Indonesian Institute of Science (LIPI). Located on the west side of Pari Island, then Governor Ali Sadikin inaugurated the LIPI office to function as a sea-grass research center. Nowadays, Bali sea-grass is the main commodity that is successfully produced in the waters around Pari Island. 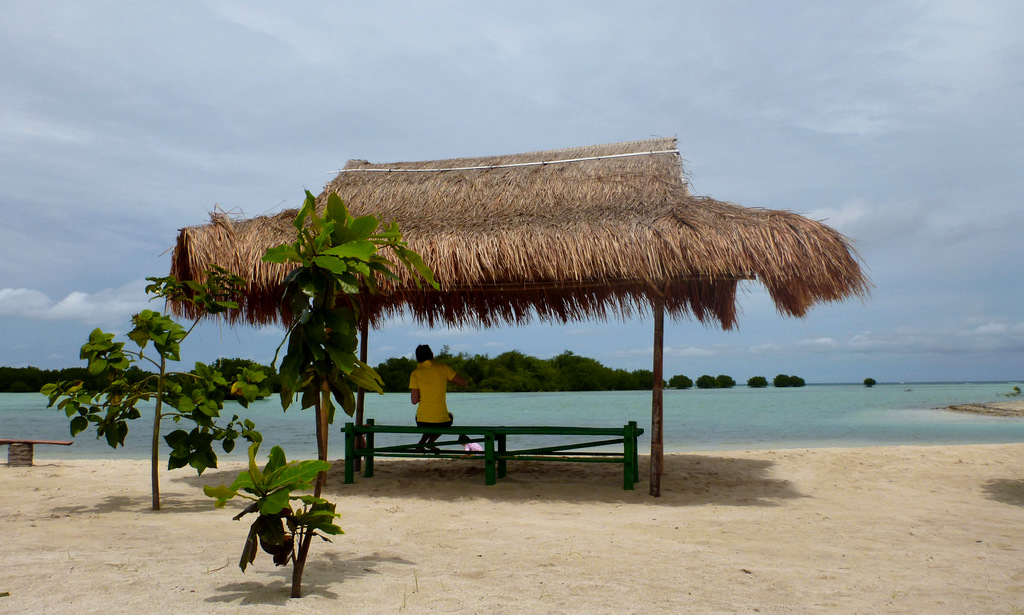 Small and tranquil Pari played its part in Indonesian history, By: Putri Fitria

What to See & Do on Pari

Together with the beautiful corals and many kinds of fish, the economy of the island has much improved. Unfortunately, because of the bad weather, I could not go snorkeling to admire the sea-grass and/or any rays or corals. Snorkeling is allowed only near the dock — and even there the waves are quite big for this particular activity. You won’t be bothered by the waves if you go diving. 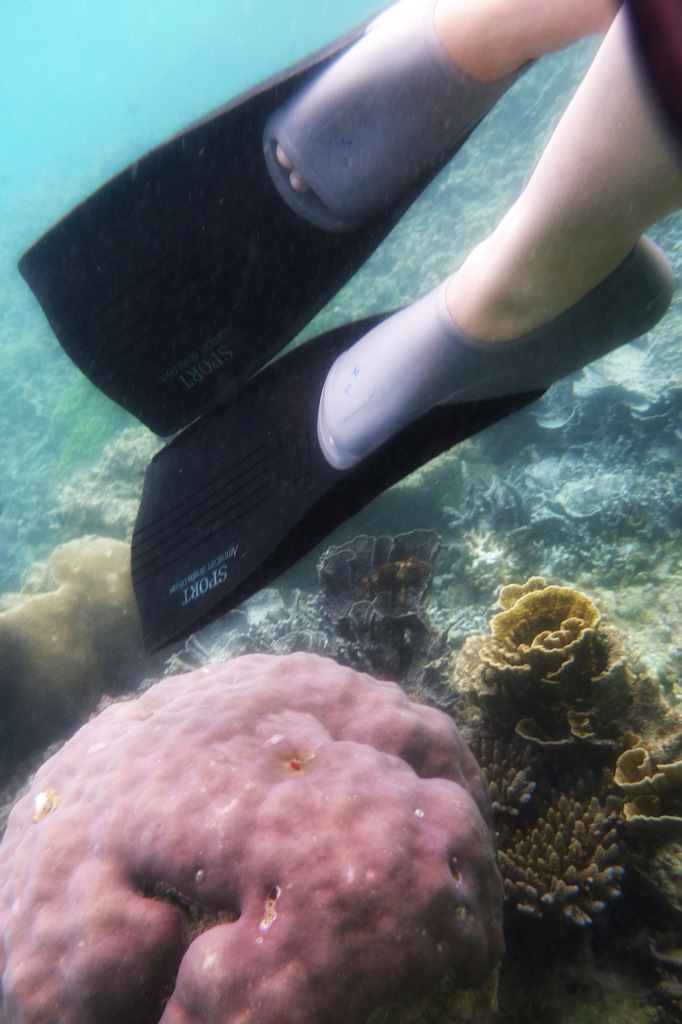 Pari's clear waters are good for snorkeling and diving, By: Putri Fitria

Still, even with the bad weather, Pari is a wonderful place to get away from it all. The curious history, friendly people and beautiful scenery ensure a great time. You can either take a ferry ride from Muara Angke, or opt for a tour package, which will save you some money: