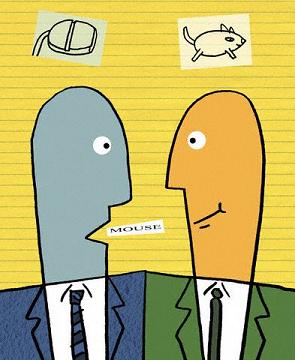 The Indonesian language teaches its speakers to be respectful, hence people are often addressed with the salutationof Pak (men) or Ibu (women), usually if they’re notably more senior (in age or company seniority).

Mari is a word often heard in day to day conversations. When looked it up in the dictionary, it is explained as “come on/ lets go”. However, in Indonesian context, the word Mari is also used to excuse one’s self. I remember during my first month in Indonesia, my colleagues were heading out for lunch and out of courtesy they just told me, “Jason, we are going for lunch, Mari”. Thinking they were inviting me to join them for lunch, I jumped up my seat to join them, only to realise from their body language that they were just excusing themselves.

There is always a need to abbreviate five letter words to three letters, four-letters to three-letters and so on. I once received a copy of an email addressed to my assistant

with the following greeting, ‘Dear MBA Lina…’ I was surprised as to when my assistant had obtained an MBA qualification; then only to realise that it was a common abbreviation for Mbak, which is a term used to address a lady who is around the same age or younger than us.

A few months back, I had set a meeting with a prospective client who was the Marketing Director of his company. He invited his assistant to join the meeting; when we exchanged business cards, I had to hold in my laughter as his title read ‘Ass. Head of Marketing’!

Don’t be surprised when we come across certain words that cannot be found in our trusty Indonesian Kamus (dictionary). New words are churned out every day and immediately gain acceptance as part of the unofficial Indonesian language. The rule of thumb is to combine the first few alphabets of the first word with the first few alphabets of the second word (usually three letters + three letters), hence giving rise to portmanteaus such as PresDir (President Director), NasGor (Fried Rice), DepKes (Ministry of Health).

I once sent a follow up email to my client to enquire on the status of an earlier proposal. Anxious minutes passed and I received a reply, “I will F-U later.” Wow, that’s a shocker as I stared at my computer monitor in disbelief. What have I done to receive such an angry response? I started to recall all our past conversations and meetings but could not pinpoint what I had done wrong. I mustered up the courage to call the client, only to find out that he meant to say, “I will FOLLOW-UP later”. What a relief. Thank God, his initial message wasn’t, “I will FU with my boss later”. That would have been funny…

My words of wisdom for the New Year? Whenever we receive a weird sounding text message or email, always take a step back and analyse first (or analyse over and over if we have to) before we jump to any conclusions.