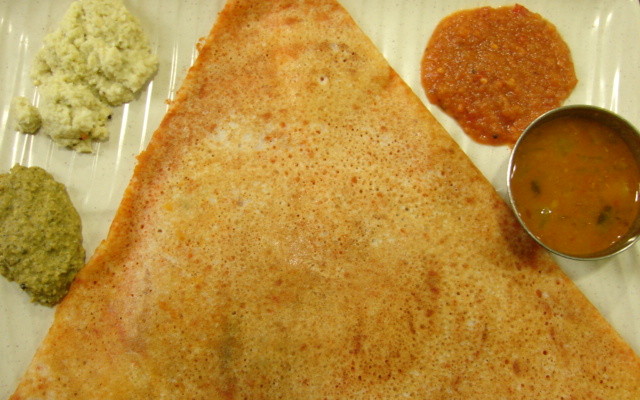 Malaysian Food: Diversity at its best!

Malaysia offers infinite varieties of different cuisines. It is here the gastronomic adventure begins. Indian curries, Chinese soups and Malay desserts tantalize the taste buds and ignite the food lover’s imagination. Malaysian people are known for their passion for food. This love extends beyond the enjoyment of eating a well-cooked meal. The sharing of a meal with one’s friends and family is symbolic of harmony and unity. 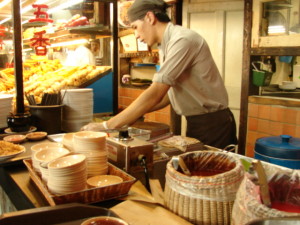 Chinese Food cooked on the spot, by: Emma Kwee

The passion and attitude many Malaysians have about food is summed up in the common greeting and question “Have you eaten?”

The Malay Muslim in Malaysia, in the month of Ramadan fast from before dawn to breaking fast at sunset. This allows them to practice empathy for the less fortunate and self-discipline. For the Chinese, eating together, with family and friends, creates the context for peace. The Chinese character for harmony, combines rice and mouth. 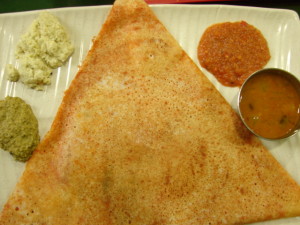 Indian Roti with curries, a Malaysian favorite, by: Emma Kwee

The Chinese employ the ancient science and knowledge of the properties of Yin and Yang in cooking. Some foods, such as Durian, beef, egg or leeks are considered Yang (Heaty to the body). Yin foods, such as crab, mushroom, shrimp or soya beans are considered cooling to the body. It is believed that balance of both Yin and Yang foods when eating contribute to maximum health.

Indian Cuisine in Malaysia is defined by the North Indian and South Indian styles of cooking. North Indian cuisine’s staple foods are breads made from wheat flour, Chapatis, Paratas and Rotis. These breads are eaten together with aromatic curries and kurmas (a blend of spices and coconut milk). Grilled meat kebabs, roasted lamb and chicken are also a feature of North Indian cooking.

South Indian food concentrates on fish, seafood and vegetables cooked in coconut milk. Staples include breads such as Vadais, Dosais and Idlis as well as rice.

Some Malaysian Indian dishes unique to this land are Roti Telur, (pancake with egg), Roti Canai, (plain pancake) and Murtabak, (pancake filled with egg and meat). 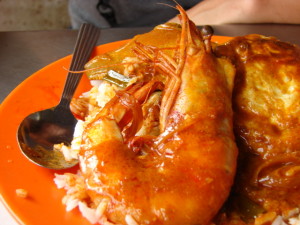 Malay cooking is influenced by Thai cooking, Indonesian food and Chinese cuisine. Rice and noodles are staples of the Malay diet.

Dishes are created with the use of aromatic herbs and roots, common ones being chilies, lime and ginger. The pungent shrimp paste, Belacanand coconut milk are also common ingredients.

Some other culinary delights of Malaysia include Nonya dishes such Mee Siam and Assam Laksa, the Eurasian Devilled curry and Sarawakian dish Mee Kolok. The adventure begins with the tantalizing of taste buds, the ignition of imagination and a happy stomach.