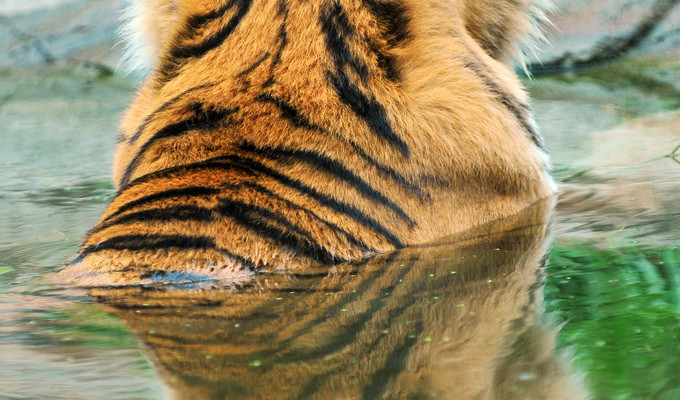 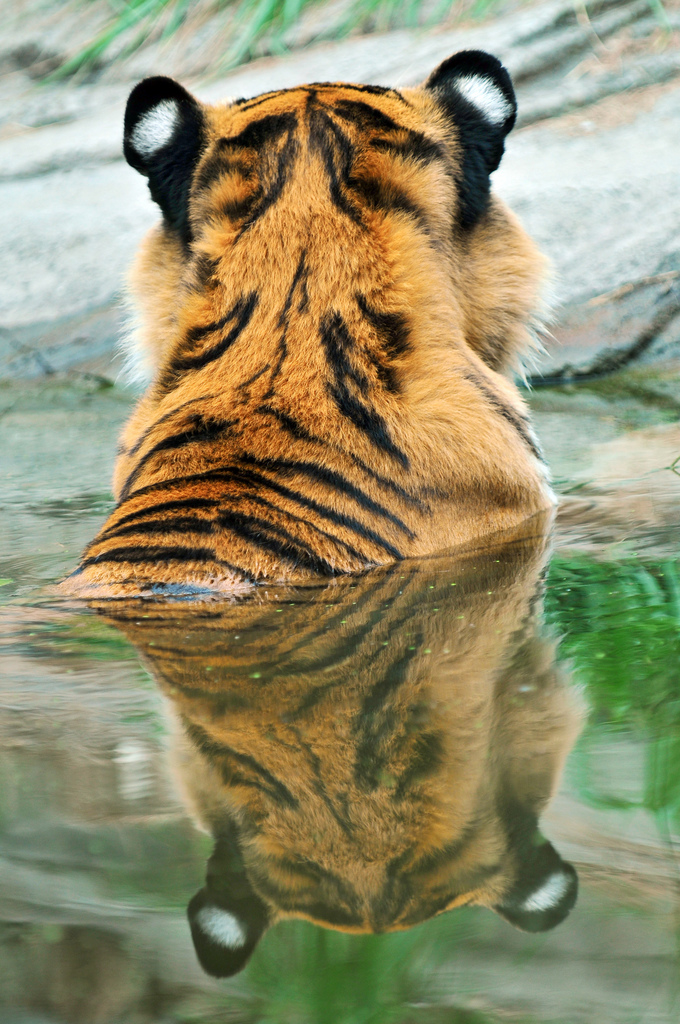 Reflection of the tiger, By: Tambako the Jaguar

Narrow streams of light penetrate the thick canopy of dense virgin jungle. A small herd of deer stop by a stream for a drink, looking up occasionally for signs of danger. Orange and black stripes blend seamlessly into the lalang (tall grass) behind them. The sudden unnatural quiet spooks the deer and they take off quickly across the stream. The huntress watches them escape and silently recedes back into the foliage as mysteriously as she had appeared.

Scenes like this were not uncommon in Singapore as little as 150 years ago. In what has now become a concrete jungle, terms like ‘Tiger Beer’ and ‘Tiger Airways’ have become parts of the local vernacular. The significance of this elusive creature in the country’s history however, is ironically something that has been all but forgotten.

Primary school students in Singapore are taught the legend behind the island’s name in cultural studies. The modern name Singapore is derived from Singapura; ‘Singha’ meaning lion in Sanskrit, and ‘Pura’ being city. It is believed that the name was christened by a young Sumatran Prince, Sang Nila Utama, who sighted what he thought was a lion when he first landed on the island in 1324. Lions have never been known to inhabit the island however, and it is now widely believed that he had in fact spotted a Malayan tiger.

Malayan tigers were known to have mainly hunted deer and wild boars – something which is still today a common enough sight to army troops training in the few remaining patches of jungle in places like Pulau Tekong and Lim Chu Kang. However, the 19th century saw an ever increasing contact between these tigers and the native population due to plantation work and jungle clearing. A sharp spike in tiger related fatalities led areas such as Bukit Timah to be known colloquially as ‘Tiger Resort’.

The last tiger was shot in 1930 in Choa Chu Kang, Singapore

Annual tiger attacks in the hundreds finally prompted the colonial government to offer generous bounties for tigers either killed or captured. Indian convicts played an important part in tiger shoots, a skill which they had previously honed from hunting larger Bengal tigers from elephant-back in India. The British hunted tigers for sport and sent many of their kills back to Britain as trophies from the frontier. The Chinese also actively participated in these hunts as tiger body parts fetched a large sum in Oriental medicine. 1930 saw the last wild tiger in Singapore being shot dead around Chua Chu Kang.

The Tiger Trade and Conservation Efforts

Despite the complete eradication of the island’s wild tiger population, the tiger trade is still very much alive in Singapore today. Singapore remains a transit point for the illegal trade of tiger bones from places like Indonesia and Malaysia. While the average poacher may receive about US$17 per kilogram of tiger bone, this sum can climb to as high as US$950 per kilogram by the time it reaches its final destination. Other tiger parts are also of great value in traditional Chinese medicines which make the tiger trade a very lucrative business.

Doctors however claim that there is no scientific evidence to prove that tiger parts have any curative effect on diseases. Dr. James Tan, a urology specialist from Singapore’s Tan Tock Seng Hospital dispels the myth behind tiger penises saying, “Drying or cooking the tiger penis, or soaking it in wine, will denature the hormones, so there will be no effect”. 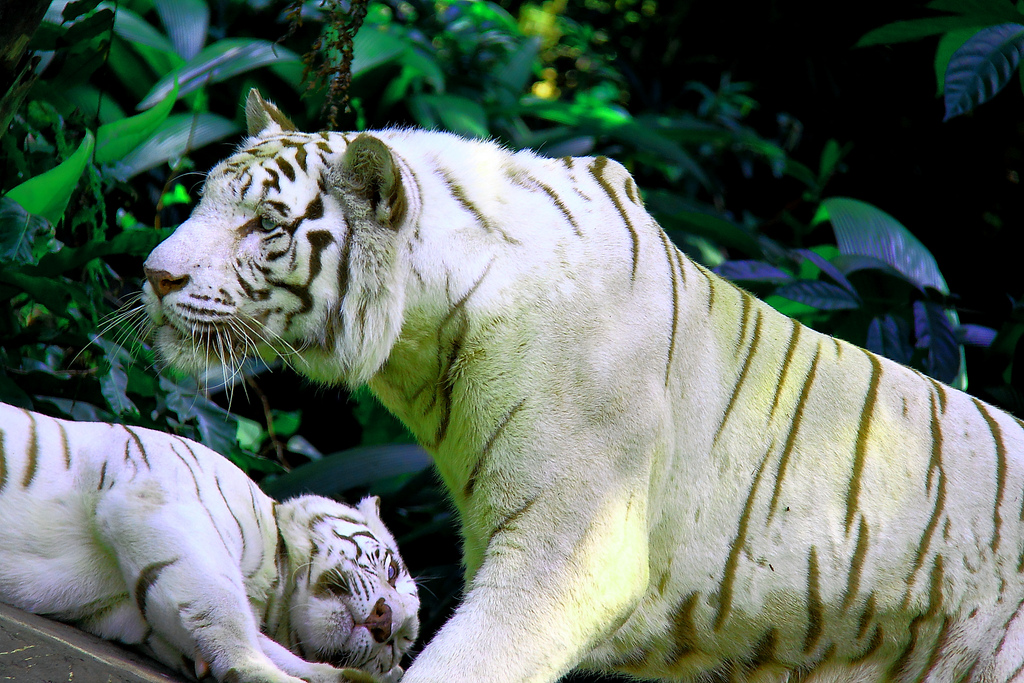 A pair of white tigers at the Singapore Zoo. Double recessive genes produces the pale colour morph, By: Derrick Caluag

Thankfully, conservation efforts are being undertaken by organizations such as Wildlife Reserves Singapore to spread awareness and combat the tiger trade. WRS maintains two Malayan tigers at its Night Safari and three white Bengal tigers at the Singapore Zoo. The white tigers contrary to popular belief are not albino tigers. They have a rare genetic condition that eliminates the orange pigment in their fur, and the Singapore Zoo is one of the few places in the world to see these magnificent creatures.

For more information on catching a glimpse of Singapore’s tiger legacy, visit the website of Wildlife Reserves Singapore.

TAGEco Nature Norman Victor Singapore Wildlife
Previous Post Introduction to Sarawak: the Land of the Hornbills
Next Post Permaculture in Southeast Asia: What is it, Who’s Doing it & How does it Help?