Introduction to Sarawak: the Land of the Hornbills

Sarawak, one of the two Malaysian states (the other one being Sabah) that lie on the island of Borneo, is a land steeped in rich culture and indigenous tradition. The atmospheric aura is vastly different from that of the rest of Malaysia, one feels as if one has stepped into another country altogether when entering Malaysian Borneo. Sarawak’s tranquil aura, ancient culture, the genuine relaxed warmth of it’s people and her vast, deep interior jungles beckon with mystery.

The capital of Sarawak, Kuching, meaning cat in Malay, situated on the banks of the Sarawak river, is a charming and quaint city, with little winding lanes and unique colorful local shops and stalls amidst tall buildings and the usual shopping strip. Antique stores offer traditional carved animist god figures and other valuable relics from various tribes and eras as well as tribal costumes and the intricate beadwork decoration from Sarawak’s many tribes. Tattoo shops in the city, a modern version of the tradition of the tribal Iban tattoo also exists. Traditionally, tattoos were given to men for protection while hunting, and as marks of warriorship. The Iban women gained their tattoos after mastering a skill, such as weaving. Today, tribal Iban tattoos are a means for the younger Iban to get in touch with their culture and roots. 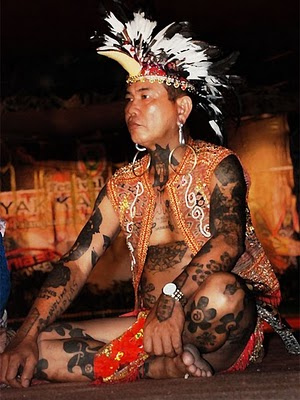 A Dayak with traditional tattoos, By: Verry Sahagun

Sarawak and the Colors of Culture

Sarawak’s culture is truly colorful, with more than 40 tribes and sub-ethnic groups. Most of the population now lives in larger towns and cities, but there are still a significant number living in the traditional long houses in remote areas.

The main tribes are the Dayak Iban, famously known for their traditional practice of headhunting. Today, visiting the Iban longhouses, one can still see the preserved skulls of enemies, though most Iban have converted to Christianity. The Melanau were traditionally fishermen and lived in tall houses. Today they are mostly Muslim and live in Malay styled village houses. The Dayak Bidayuh (Land people) are reputed to be the best makers of Tuak (rice wine).

Apart from the indigenous tribes, Sarawak’s population is made up of Chinese, Indian and Malay. Noteworthy festivals include Gawai, a New year and harvest celebration and the Rainforest Music festival, a popular international world music concert held in the gorgeous Santubong area. 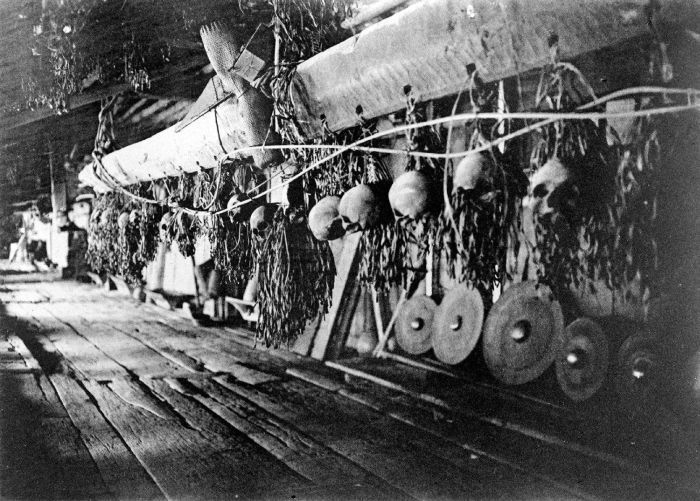 The inside of a Dayak longhouse with skulls and weaponry hanging on the walls (1900-1930), By Konkinklijk Instituut voor de Tropen (KIT)

Sarawak is home to much unexplored rainforest, also untouched and deserted beaches. With some research and pre planning, one could go off the beaten track for a truly amazing adventure. There are a dozen or so frequently visited national parks in Sarawak. Amongst them, the Gunung Mulu National Park is perhaps the most popular. It has been named a UNESCO World Heritage site, and is the largest, with rivers and streams dissecting the area. The Mulu Mountain range is dominated by Gunung Mulu, Gunung Api and Gunung Benarat. One of the largest limestone cave systems, the Mulu Caves are also found here. Other parks include Bako National Park, Loagan Bunut National Park and Talang Satang National Park. 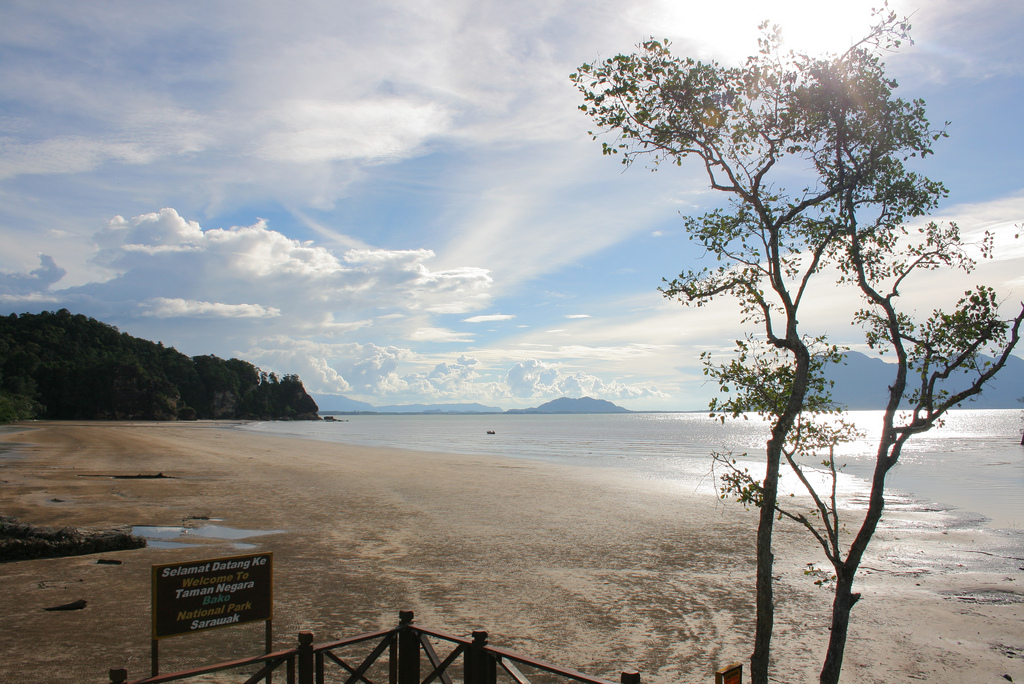 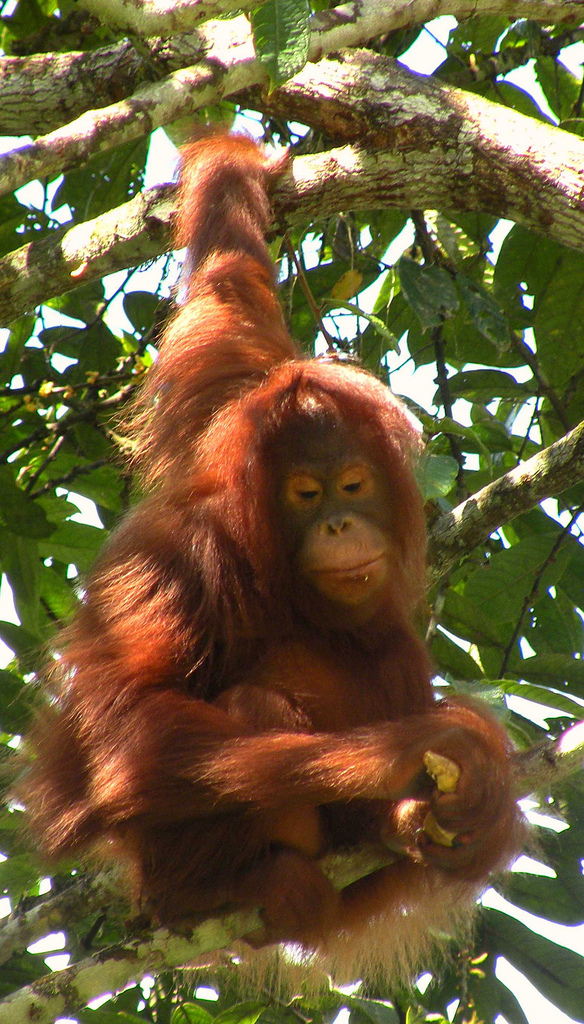 Face to face with an orang utan, By: Barbicanman

Other sites of interest in Sarawak include Semengoh, an Orang Utan Scantuary and the Wind Cave Nature Reserve, where a narrow belt of limestone formations run. The Bario and Kelabit highlands offers trekking adventures on a plateau, and the hospitality and warmth of the Orang Ulu people. The Damai Beach Resort is a premier destination located in Santubong, a perfect spot to catch your breath after all the excitement Sarawak has to offer.