Jakarta for the Weekend? 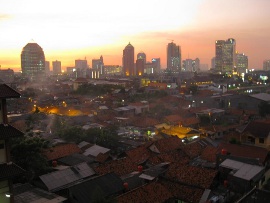 Jakartans leave their work early on Fridays, hoping they can beat the traffic to the airport and enjoy a weekend in Bali or Singapore, away from the pollution. On the contrary, on the same day, another crowd of people, a mix of expats and locals from nearby Asian countries actually choose to spend their weekend in Jakarta. These people have one thing in mind: To enjoy the great atmosphere of the day and nightlife here and they have made the right choice.

We hope this little guide will answer all the basic questions you may have about your trip to the capital.

From the Sukarno Hatta airport to your hotel

Like in any airport, the arrival in Jakarta can be stressful since you become the centre of attention as soon as you exit, in particular from taxi drivers. To prevent them from insisting too much, act as confident as possible and give the impression that you know where you are going. 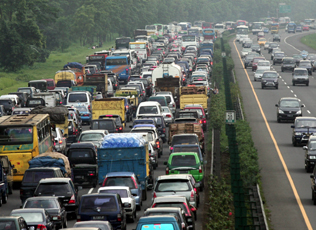 So where are you going? You have a $3 shuttle than can take you to the centrally-located Gambir Station, but it is better for the first time to take a cab, unless you are on a tight budget.

Taxis won’t cost you more than $10 to $15 and you will arrive directly in front of your hotel. People are still recommending the use of Blue Bird taxis only, but in my opinion many brands are safe as well, including Express, Gamya, Taxiku and all the taxis looking brand new. It may sound like an approximate rule of thumb, but it works. You may have bad luck and have to deal with a bad driver, but it happens with Blue Birds as well.

You can book a taxi straight after the custom check at one of their counters. Alternatively, you can go to the taxi line, 100 metres away from the arrival gate on the left. There are several brands there you can choose from, and you will get a coupon with your destination and a number to call in case you have a problem with the driver. Before accepting to enter a taxi, ask if the toll is included or not to avoid surprises.

Which hotel should you choose in Jakarta and where?

First tip: Lower your expectations! The overall quality of hotels is pretty low in Jakarta, except in the 5-stars range where the offer is plethoric. You can see that many hotels were decent at the time they were opened, but they are deteriorating fast. Don’t listen to someone if he tells you a place was good “a few years ago”. Far too often, you don’t get the good-value you could expect from a country with such a cheap cost of living. Apart from this guide, check what people are saying on internet forums but pay attention to the date the message was posted.

I won’t give you the names of all the hotels that are acceptable, but a more general overview of which are the good areas to stay and what are the popular hotels in these areas. 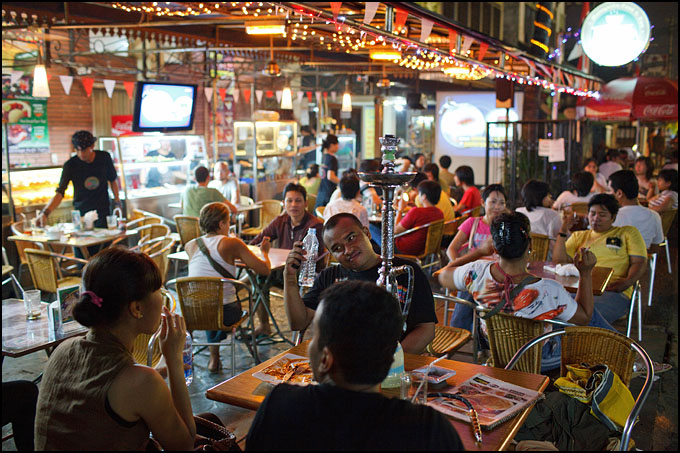 In the low-budget range (from Rp. 50,000 to Rp. 200,000 per night), the hotels in Jalan Jaksa will be your best option. Most of the places aren’t great, but it is in a good location and you will find a lot of services available for travellers there. The street, a much smaller version of Bangkok’s backpacker street Khao San Road, has also many cafés and restaurants and is a good spot for meeting other people. Jalan Jaksa residents are somewhat looked down upon by other expats. You can do as I did when I was there and say that you “live near Plaza Indonesia”.

Without prior reservation you should be able to find something quickly but you can also call the following places (I remind you that almost all hotels in Jaksa are a bit grim, but some are worse than others):

Jalan Jaksa is approximately 5 minutes away in walking distance from Sarinah Mall and from a Transjakarta bus station. With these, and for a fraction of the price of a taxi, you can reach Blok M or Kota easily. It is also a great way to avoid traffic since they have dedicated lines.

If you feel a little adventurous, the best places to sleep in Jaksa are actually located within the “gangs”, i.e. the tiny streets that run perpendicular from Jaksa. Sometimes you will see a sign indicating there is a room (such as “KOS”), and sometimes nothing. Ask around. If you bargain, you can get quieter, cheaper rooms this way.

The street south of Jalan Jaksa, Jalan Wahid Hasyim has been developed more recently and it has some good-value hotels. My favourites are the Ibis Arcadia (021-2300050) and Ibis Tamarin (021-3912323), which will cost you Rp.550,000 including breakfast. If that is the budget you intend to spend, don’t look anywhere else because nothing comes close in Jakarta in terms of value for money. Do make a reservation to make sure you have a room. If the Ibis are both full, you can try Paragon (021-3917070) and Cipta Hotel (021-3904701), but they aren’t as good by far. The new Akhmani Hotel, a four star, is excellent as well and not so expensive (weekend rate of Rp.650,000). We can expect a price increase when the place becomes more well-known though. 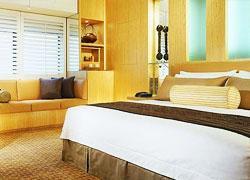 5-stars hotels in Jakarta are well-worth the money. You will find them on average at least three times cheaper than in Europe, for the same quality of service. If you are staying in 5-star hotels, popular options are the Shangri-La, Hotel Mulia and Hotel Le Meridien which have good bars with live music. Ritz-Carlton and Marriott were unfortunately bombed twice so I will leave that call for you to make. The Grand Hyatt is perfectly located, above the Plaza Indonesia mall, and if you book in advance, you can get a room for Rp1.5 million.

Shopping for cheap stuff is one of my favourite things to do in Jakarta. Going to malls is actually the most popular activity of Jakartans, and you will find them packed during weekends. The hottest high-end mall in Jakarta is Grand Indonesia, which was completed in 2007. It is huge, and you can easily spend hours walking in it before seeing a shop twice. It has a good, non-expensive theatre, the Blitz Megaplex, on its last floor. Other luxurious malls are Senayan City and Pacific Place, all of them very similar. I think these malls are good to have a coffee or for eating, but when it comes to shopping, they have prices that are similar to those we can find in the US or in Europe. 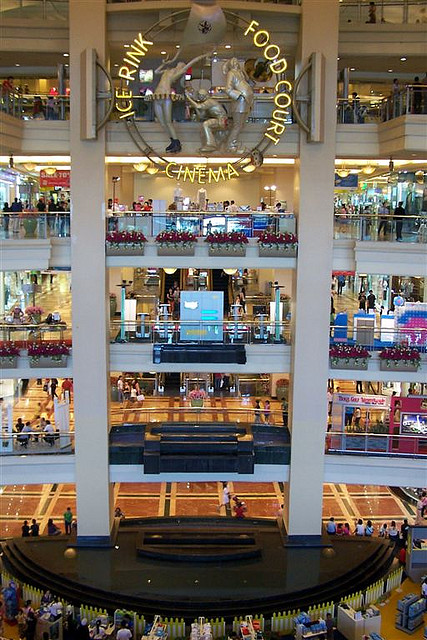 If you want to buy cheap products, you should head to medium-class malls where you may buy, amongst other things, pirated DVDs, fake clothes, ink cartridges and cheap electronics. I also like to print my best photos on large format in Jakarta, as it costs 10 times less than in France. Although there are some options in the centre (Ambassador Mall) and in the South (Blok M Plaza), I like to stay in North Jakarta, and spend some time in Glodok Plaza or Mangga Dua Square.

For souvenirs, the best place to go to is the 5th floor of Sarinah Mall. They have a large choice of handicrafts from all over the archipelago. It’s very convenient, but pricey. There is also a flea market on Jalan Surabaya, in Menteng, selling antiques but you will have to haggle to get a decent price.