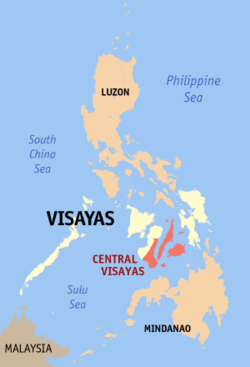 A paradise at the heart of the Philippines, the Visayas group of islands is one of Asia’s most interesting travel destinations. Visayas is the archipelago’s  smallest island group, yet it has plenty to boast about – a progressive economy, natural wonders and resources, islands with beautiful beaches and natural landscapes, luxury resorts, rich culture, interesting cultural festivities, historical remnants, and friendly, hospitable and peace loving people.

Seated between the islands of Mindanao and Luzon, the islands of Visayas are the most visited destination in the country. It is composed of the islands Panay, Negros, Cebu, Bohol, Leyte, and Samar and is divided into three administrative regions: Western Visayas, Central Visayas and Eastern Visayas.

Western Visayas has six provinces: Aklan, Antique, Capiz, Guimaras, Ilo-Ilo and Negros Occidental. Its regional center is Ilo-Ilo City. The region is agricultural with sugar, coconut, banana, fruits, root crops and vegetables as major products. It is the leading food producer among the three regions of Visayas and the top supplier of sugar in the country.

It is also one of the richest regions in the country in terms of natural resources. Indiscriminate logging however has denuded the forests. Abundant species of fish and other marine products thrive in the waters of Western Visayas. Mineral resources are also rich in the region like  copper, gold, silver, and non-metallic products such as coal and limestone.

Eastern Visayas is composed of the provinces of Biliran, Eastern Samar, Leyte, Northern Samar, Samar, and Southern Leyte, and the cities of Ormoc, Baybay, Maasin, Calbayog, Catbalogan, Borongan, and Tacloban as its regional center.

Mainly an agricultural region, its major crops are rice, corn, coconut, sugarcane and banana.  Industries include mining, rice, corn and sugar milling, coconut oil extraction, alcohol distilling, beverage manufacture, and forest products. Tacloban is the center of economic activities in the region. Salt and fresh water fish and other marine products come from the region’s sea and inland waters. 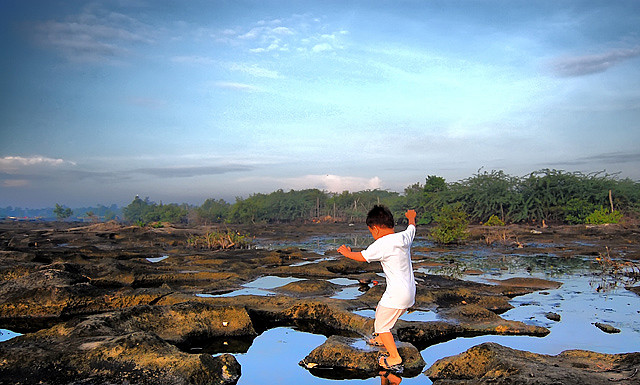 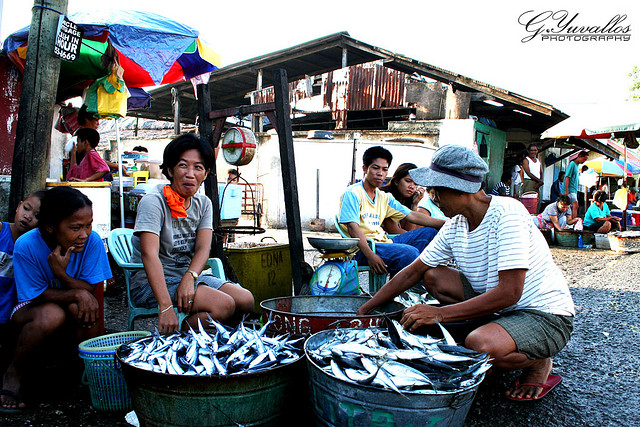 Cebu City lies at the eastern coast of the main island of Cebu Province in the southern Philippines. It is one of the most progressive cities in the country and the center of commerce and industry, education and culture in the Visayas. It is also the hub for air and sea travel, being the second largest entry and exit point for international flights to the Philippines, next to Manila. Boasting one of the country’s strongest economies and the second most important city in the Philippines, Cebu City is often called the Queen City of the South.

The majority of the country’s domestic shipping companies are based in Cebu City. Shell crafts, rattan furniture, stone crafts and tourism are potential dollar earners. Tourists love the exceptional guitars, banduria and other stringed instruments.

The people of Visayas are Filipinos, but they are specifically identified as Visayans. Languages that are spoken are part of the Visayan Languages that includes different dialects.

The people of Western Visayas are known as Panay-Hiligaynons (Ilonggos, Aklanons, Capicenos, Antiquenos and Negrenses). But the language spoken is mostly Ilonggos. The Cebuano dialect is dominant in Central Visayas. In Eastern Visayas, people speak different dialects. In Samar they speak the Waray-waray while in  Western and Southern parts of Leyte, some parts of Biliran, and a few island municipalities of Samar they speak Cebuano. Whether Cebuano, Ilonggo, or Waray-waray, all of these dialects are part of the Visayan Language.

Obviously there are various languages spoken in the Philippines, but only two are considered official, the Filipino language, which is the standardized form of Tagalog, and English. Although Tagalog is widely known in Visayas, it is not often used. Tagalog is however the primary language in the capital city of the country and most parts of Luzon. Like the people of Mindanao and Luzon, Visayans are also good English speakers.

DESTINATIONS AND TOURIST ATTRACTIONS IN VISAYAS

Visayas is a safe, peaceful, and exciting destination both for leisure and business trips. So, when you’re in the region, just look around, explore and you’ll find great discoveries. 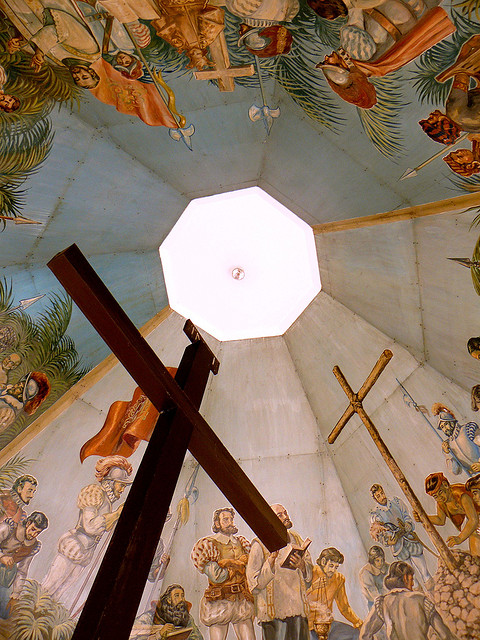 Magellan's Cross in Cebu, By: Yeowatzup

CEBU CITY – The city is a fusion of commercial modernization and mementos of the cultural past and Spanish heritage of the Visayas region.

The Magellan’s Cross is synonymous to Cebu. The cross is said to have been planted by Ferdinand Magellan, a Portuguese explorer under the flagship of Spain, to mark his arrival in April 1521 and the introduction of Christianity in the country. Housed in a small chapel, the original cross is encased in a tindalo wood cross to protect it from devotees who chip off pieces as a keepsake. However, some say that the original cross planted by Magellan had long been destroyed. The present cross is only a replacement planted by the Spaniards who came after the Portuguese explorer.

Magellan’s Cross stands along Magallanes Street. In walking distance from Magellan’s cross is the oldest church in the country, the Basilica Minore del Santo Nino that houses the oldest religious relic in the country, the Santo Nino de Sebu (The Holy Child of Cebu). The relic is an image representing the Holy Child Jesus. Formerly known as San Agustin Church, it was elevated by Pope Paul VI in 1965 to the rank of minor Basilica during the 4th centenary of Christianity in the Philippines. 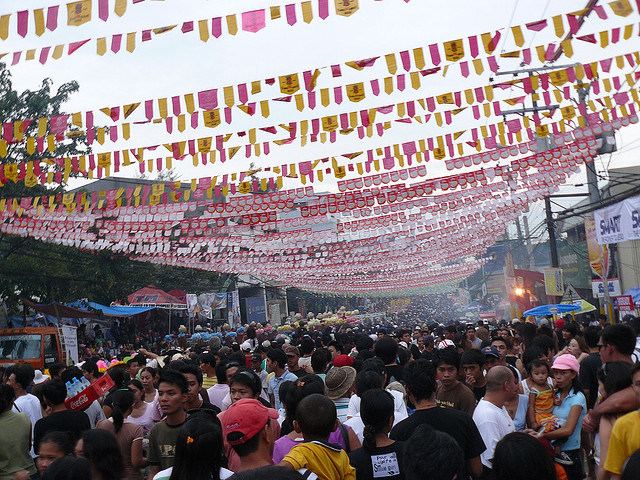 Many tourists flock to Cebu to observe the most colorful cultural festivity in the country popularly known as Sinulog Festival), the signature attraction of Cebu. The festival is held every third Sunday of January in honor of the Holy Child. It is said that Sinulog is a dance ritual commemorating the pagan past of the people and their conversion to Christianity.

An escape from modernization, Cebu possesses gifts of nature that keep attracting local and foreign tourists. A trek through the jungles and rivers, or climbing the mountain trails is a fun experience. The magnificent white sand beaches with crystalline waters in the Cebu islands of Badian, Mactan, and Bantayan are ever so inviting. The islands of Moalboal, Maribago, and Malapascua (the home of Thresher Sharks) are great havens for undersea adventure.

I am proud to say that Bantayan Island is my birthplace where I spent my childhood. Mainly  a fishing island group, various species of fish and other marine products abound in the waters of Bantayan. What I love most about the place are the beautiful beaches, the mouth watering sea foods, and the simplicity of the people.

Tourists flock to Bantayan preferably during summer not just for the fine beaches, but also for the Holy Week observance. The primary attraction to the place is the “passion and death of Jesus Christ” beautifully depicted in life size religious images mounted on elaborately adorned and brightly lighted huge “carrozaz” (floats) that are paraded in a Holy Procession through the main streets on Holy Thursday and Good Friday.

How to reach Cebu? Air transportation to and from Cebu is available locally and internationally. Coming from abroad, the first and most convenient option is by direct flight to Cebu, although international flights going there are limited. Among the international flight providers to Cebu are Silk Air, Malaysia Airlines, Singapore Airlines, Cathay Pacific, etc.  Another option is to fly to Manila and get a domestic flight to Cebu, or by boat which takes some time though. 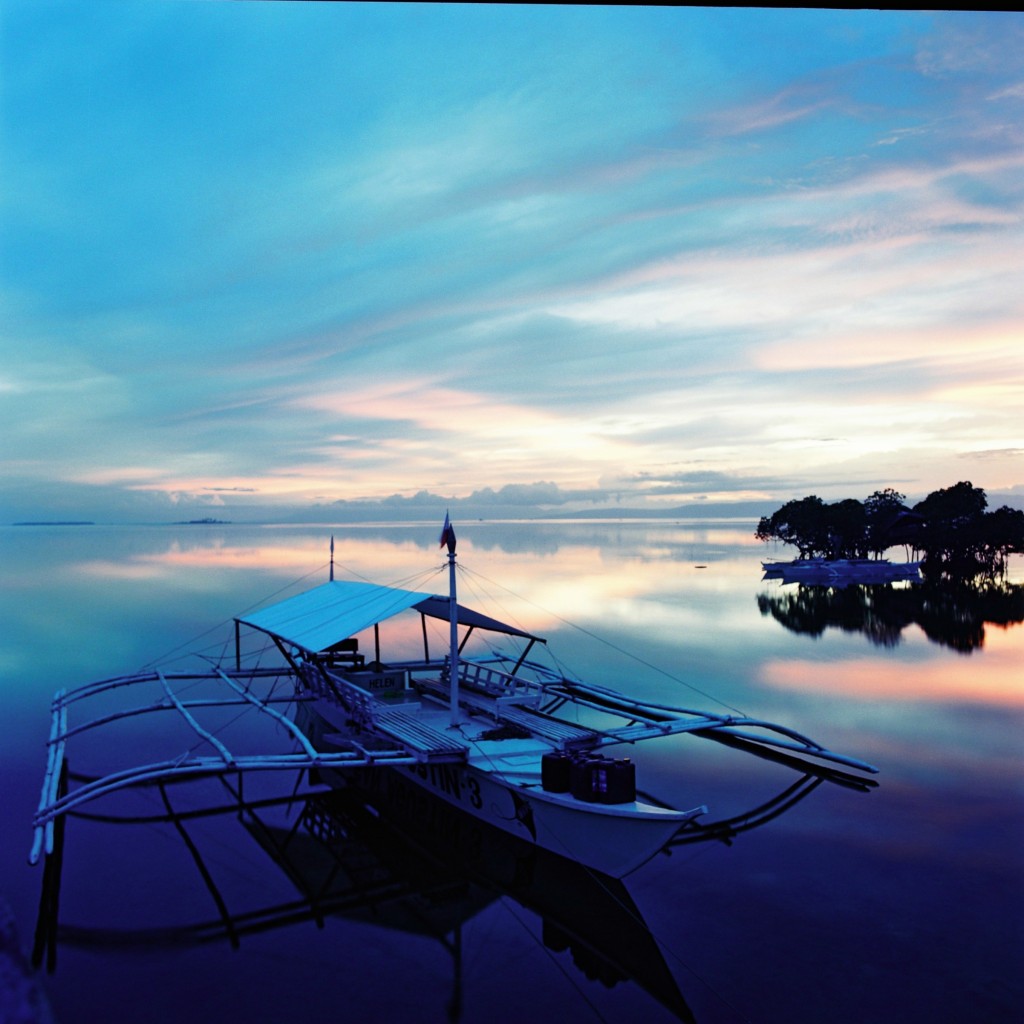 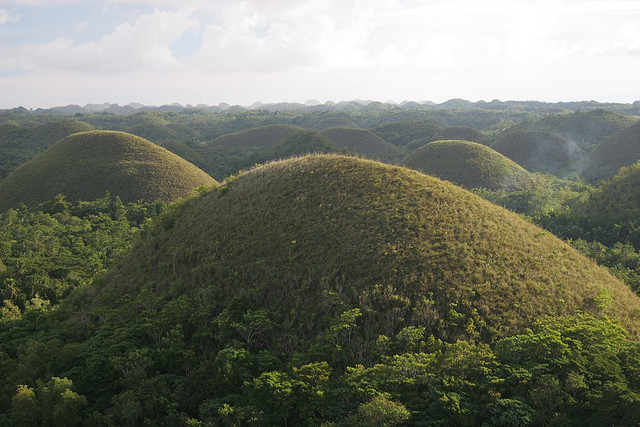 Landmark of Bohol are the famous Chocolate Hills, the unusual geological formations scattered on a plateau. It consists of 1,268 cone-shaped hills from 30 to 120 meters high. Made of grass-covered limestone, they resemble rows of chocolate kisses during dry season. The site creates a beautiful backdrop for photos.

How to reach Bohol? As mentioned above, coming from abroad you can fly to Manila or Cebu. There are airlines that provide international flights to Cebu. From Manila there are daily flights to Tagbilaran, the capital city of Bohol. Philippine Airlines,  Cebu Pacific and Air Philippines fly from Manila to Cebu. A boat trip is also possible, but takes about 25 hours. If you miss a direct flight to Tagbilaran, you may fly from Manila to Cebu and continue by boat. If traffic is normal, a taxi ride from the airport to the pier takes 30 minutes. From there you can take a one and a half hour sea trip by fast ferry like Ocean Jet or Super Cat to Tagbilaran. The regular boat to Tagbilaran takes about 4 hours.

BORACAY ISLAND. The famous Beach Capital of the Philippines is located in Aklan province. The long stretch of powdery white sand beaches with crystalline waters are the island’s signature attraction. It has over a dozen of unique beaches and many coves perfect for island hopping, picnics, swimming, beach relaxation, and water adventures like scuba diving, snorkeling, windsurfing, kiteboarding, cliff diving and boat riding. White Beach is the main tourism beach and Bulabog Beach, a secondary tourism beach.

Boracay  is the top favorite holiday destination of local celebrities and foreign tourists.  In the Most Popular Beaches of 2007, it was one of the top-ten rated beach destinations by Yahoo! users.

How to reach Boracay? Two airports serve Boracay, Kalibo and Caticlan airport. From Manila Domestic Airport flying directly to Kalibo Airport takes you about 30 minutes. From Kalibo Airport, air-conditioned buses bound to Caticlan are available take about 90 minutes. From Caticlan harbor, boats to Boracay take about 30 minutes. Some charter companies fly directly from Manila to Caticlan Airport. Kalibo is the only international gateway in Western Visayas. The Kalibo international Airport provides direct flights to Incheon-Korea, and Taipei. 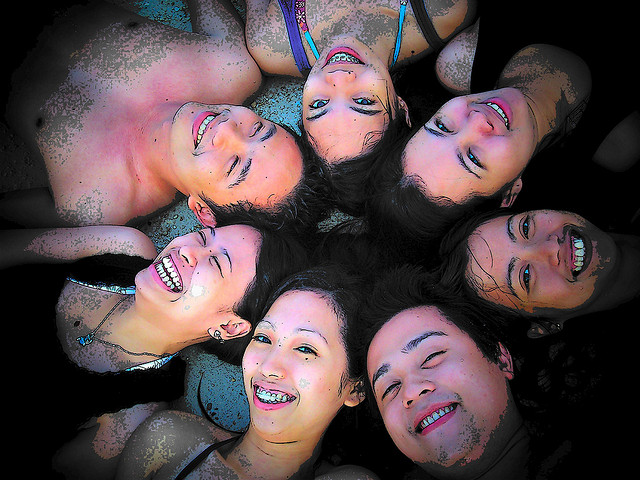 Discover Visayas, you won't regret it, By: Cherry Alonso

GUIMARAS ISLAND. Discover Guimaras, one of the country’s exotic islands located in Western Visayas region specifically between Panay and Negros. The island’s unspoiled natural beauty makes Guimaras the “island to watch”. Local and foreign tourists love Guimaras because of its natural sceneries – magnificent beaches, waterfalls, springs, off shore islets, and the famous mangoes known to be the best and sweetest in the world. The nickname “Mango Country of Visayas” didn’t fall out of the sky…

How to reach Ilo-ilo? There are flights from Manila, Cebu and Davao bound to Ilo-ilo City. Find more info on how to get to Ilo-ilo here.