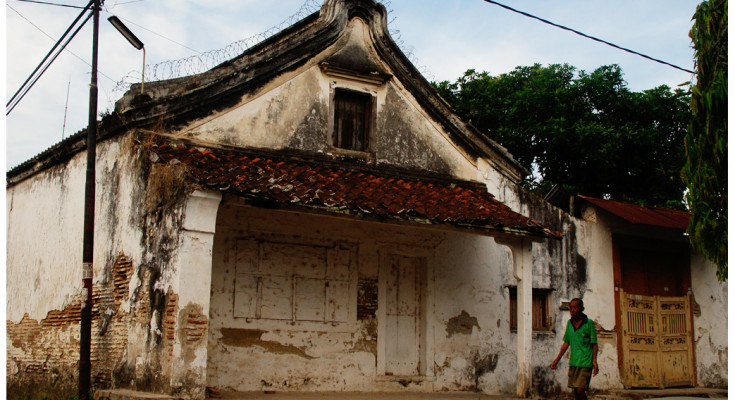 Once upon a time on the northern coast of Java, there was a kingdom. It was situated near the meeting point of a long strip of white-sand beach, the protruding black arms of Argopuro Mountain, and the reddish water of a winding river.

The sea, the river, and the area’s plentiful teak trees not only made life easy for the people in this kingdom, but also made it a strategic center for commercial and maritime affairs. Chinese merchants, among others, would come to its shore to trade their silk and porcelain with the natives’ rice. The Chinese called this blessed land Wo-shen, a rearticulation of its original name: Lasem. 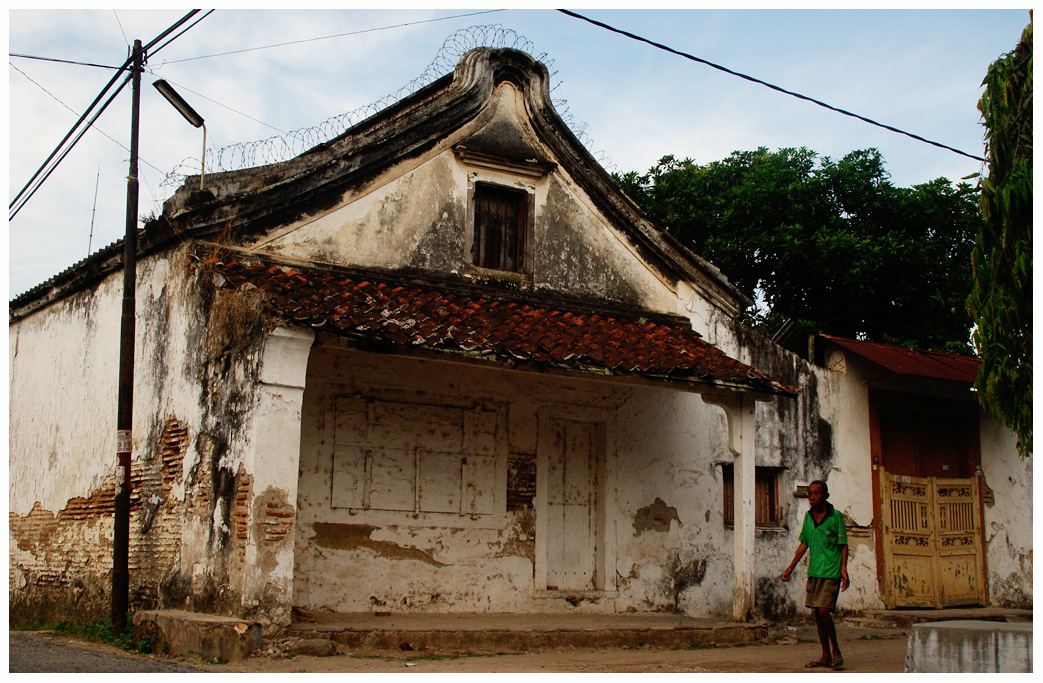 An old house in Lasem, By: Labodalih Sembiring

In the 14th century, the far-reaching power of the Majapahit Empire turned this kingdomm into one of its provinces. Majapahit’s golden king Hayam Wuruk made his cousin Indudewi the Duchess of Lasem. Her husband, Rajasa Wardhana, became its chief of economy. 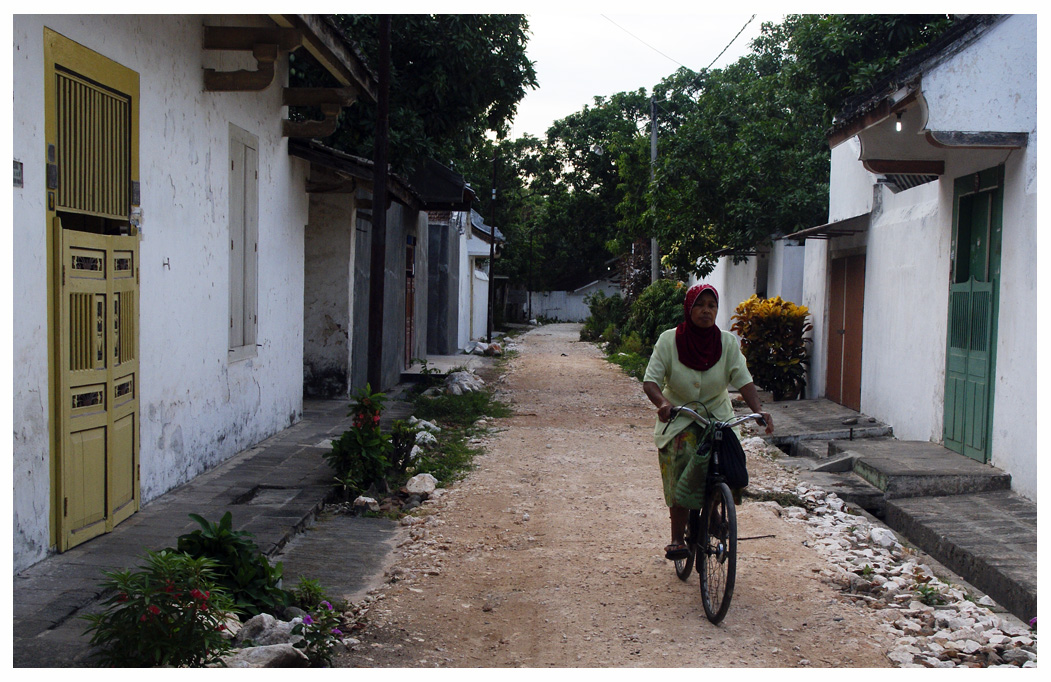 A Quiet alley in Lasem, By: Labodalih Sembiring

From the early to the mid 15th century, the Ming Dynasty in China sent an armada led by a Muslim admiral named Zheng He on expeditions. The fleet arrived several times on the northern coast of Java. One day, one of Zheng He’s captains, Bi Nang Un, came to Lasem with his crew. They were well-received by the current duke, who provided a substantial portion of land for them to stay. From their new homes, Bi Nang Un and his men spread Islam.

But these men and their wives were not the only Chinese in Lasem. A local history and spiritual book called Sabda Badra Santi, or the Exalted Words of Santi Badra, said that when Bi Nang Un came to Lasem, natives had already been living side by side with a number of Chinese and Indochinese. The assimilations of their cultures can still be seen in Lasem batik and Lasem’s unique architectural designs, both incorporating Chinese and Javanese philosophies.

The development of Lasem as a Chinatown had its ups and downs. At first, buildings only stood on the eastern side of Lasem River, which in 1730 was widened for the rich Chinese merchants’ big boats to dock. These old dockyards have been turned into prawn farms today. Ten years later, during the Dutch occupation of Java, many Chinese ran away from Batavia (now Jakarta) to the east to avoid being deported. Some of them settled on the other side of the river. The new settlement became bigger when the Dutch relocated many Chinese from the east side to the west side of Lasem River for political reasons.

Another example of Chinese heritage in Lasem, By: Labodalih Sembiring

Today, you can still see the maze of high walls and distinctively designed gates of the settlements. Inside these walls and gates are huge houses with Javanese-style porches and Chinese-style roofings. Walking about this town, which used to be known as Java’s Little China, you will also come across brightly-hued, intricately-designed Chinese temples. Some believe Lasem’s Cu An Kiong as the oldest Chinese temple in the whole of Java.

Unfortunately, Lasem River, also called Babagan river, which was the “breath of life” of Lasem to the early Chinese settlers, is now in a sorry state. The aforementioned widening of the river made the swamps shallow. Clusters of mangrove trees, which used to be abundant, have thinned down due to agriculture and vast salt ponds. Many old buildings are either destroyed, empty, or is no longer functioning.

Several anti-Chinese riots also led to the destruction of buildings. Scores of Lasem’s most beautiful houses lost its beautiful facades when main roads were broadened in the 1970s. A big exodus of Chinese inhabitants happened about ten years before that, when a national regulation discriminated Chinese against running businesses in rural areas, resulting in the decline of Lasem batik. A big facelift happened to the facades of Lasem’s houses with Chinese nuances when the anti-communism wave hit Indonesia. From that point on, the New Order era under President Soeharto’s administration tried to diminish anything related to the Chinese culture in this country.

Today, Lasem stands as a quiet town. Charming mysteries surround many of its surviving old buildings, including forlorn, large homes where only a small number of people live.

At the foot of Argopuro Mountain, also called Lasem Mountain or Hills, ancient Chinese tombs scatter among slender teak trees. This is a destination that allures with its rich layers of history, which still requires a long and comprehensive scrutiny to be retold.