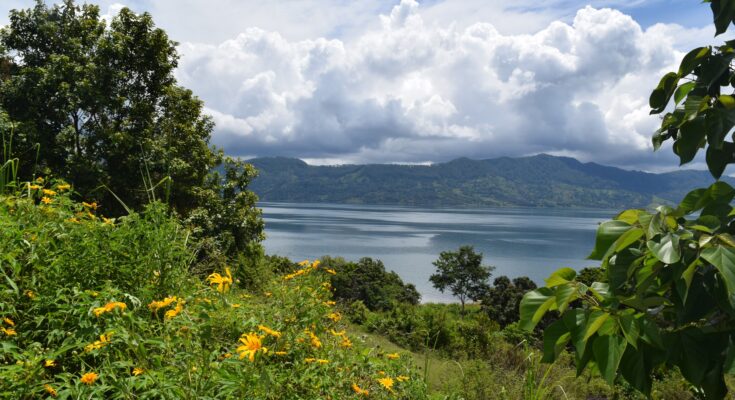 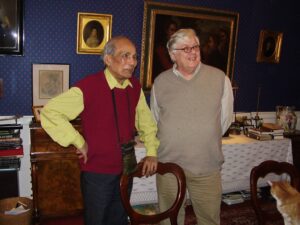 After a stay of more than 30 years on Sumatra, I became attached to the country. In 1990 I came to Medan as a teacher of European history, the students were curious about the European story and I about that of Sumatra. I have had endless conversations with the Batak from the highlands, with the Malays from the coastal regions, Minangkabau from West Sumatra, with Javanese and ethnic Chinese Indonesians. In addition, I met countless Dutch people who were looking for the places of their youth, their parents or grandparents. The Indonesians look ahead, to the future, how to rebuild the country, many Dutch came here precisely because of the history with their nostalgic memories.

Few knew how to describe the atmosphere as well as Rudy Kousbroek and Sitor Situmorang, a Dutchman and an Indonesian. Two writers, of the same generation, both from Sumatra. One born in the village of Harianboho near Lake Toba, the other in Pematang Siantar. They were born in Indonesia and knew the country and the culture from childhood, they wrote their story “from the inside out”, as it were, which gave their description even more depth. In their youth they never met, in later years they became friends, it was remarkable how much appreciation they had for each other. Kousbroek wrote rave reviews about Situmorang’s oeuvre and the latter dedicated a poem to Rudy Kousbroek for his 70th birthday. Now they have both passed away, Rudy Kousbroek in 2010 and Sitor Situmorang in 2014. But they live on in their work. 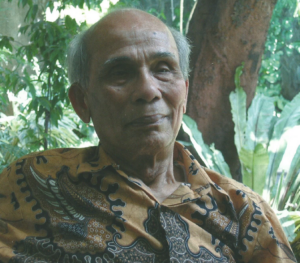 Sitor Situmorang (1924-2014), born in Harianboho on Lake Toba, was part of the Toba Batak culture from his earliest childhood. His father, son of the Prince of Lintong, was a cousin of the last Batak king Sisingamangaraja XII, who was killed by the Dutch KNIL (Royal Dutch Indian Army) in 1907 after a long guerilla war. A year later, peace was made with colonial rule. Their village in the Batak highlands was burned down during the guerrilla war, after which the family settled in the valley of Harianboho. In the same period they were converted to Christianity. Sitor’s father was reserved about Christianity and upheld pre-Christian tribal traditions. His mother, on the other hand, was devout Protestant Christian, because of this both influences, Christianity and the traditional Batak culture with the traditional rites, influenced Sitor Situmorang. As the son of local nobility, Sitor was able to go to Dutch school, first in Balige, then in Tarutung and in Batavia (Jakarta). In the Japanese era, he became a committed nationalist in 1943, at the age of 19, editor-in-chief of the newspaper Suara Nasional in Sibolga, then he was a journalist for Antara in Pematang Siantar and in 1947 for the nationalist newspaper Waspada in Medan, founded by Mohammad Saïd. For this newspaper he left for Jakarta and Yogyakarta, where he made a name for himself as a journalist with his interviews and reports of the negotiations. After the transfer of sovereignty, he was invited to the Netherlands as a representative of the young generation of cultural elite by the Foundation for Cultural Cooperation between the Netherlands and Indonesia. He then spent two years in Paris where he worked in the cultural department of the Indonesian Embassy and in 1956 he stayed in New York and Los Angeles.

Sitor Situmorang was a restless mind, always looking for new impressions. Especially in Paris he became fascinated by European literature. At the same time he was homesick for Sumatra, which brought both themes, the European influences and the traditional Batak culture and Lake Toba to the fore in his literary work.

I long for the joy of the child, / That awaits the arrival of his father, /

Who takes a flute from the mountains, / A piece of reed from the swamp. /

On Christmas night, the story of the three Wise Men from the East, / Come to honor the Son of Man, / over there, on the shores of Lake Toba, / where I was born.

In the poem The Prodigal Son, a biblical and at the same time autobiographical theme, he described his return to Lake Toba. When he actually got back to his parents, the spiritual divide had grown so wide that it was difficult for him to interact with them while he loved them dearly.

Upon his return in Indonesia in the mid-1950s, he soon belonged to the literary elite, befriended Pramoedya Ananta Toer and Mokhtar Lubis, he knew Soetan Shahrir and was an advisor to Sukarno. He was chairman of the National Council for Culture, co-organizer of the Asia – Africa conference in Bandung in 1955 and represented Indonesia during a cultural mission in China. At first he sympathized with the socialist élan of China, but he put that aside after he became acquainted with its autocratic character. In the 1950s he wrote short stories such as Battle and Snow in Paris and the collection of poems Letter on green paper.. He has translated political essays by Eduard du Perron, the play The star of Bethlehem by Martinus Nijhoff and The case of Lebak by Rob Nieuwenhuys into Indonesian. Situmorang believed that writers should not live in an ivory tower but should be active in society. As a result, as a critic of Suharto, he was imprisoned without trial in 1967 and not released until 1976. The year of his release he was awarded the Hadiah Sastra Nasional (National Literature Prize) from the Badan Musyawarat Kebudayaan Nasional (National Institute of Consultation and Culture). In the years that followed he lived in the Netherlands, Islamabad, Jakarta, Paris and sometimes he was back in Harianboho.

Sitor Situmorang was a citizen of the world, he called Paris his second kampong (village), where he felt just as at home as in Harianboho on Lake Toba. It was also in Paris where he met Rudy Kousbroek, with whom he shared nostalgic feelings for their common birthplace, Sumatra. About his childhood on Lake Toba he wrote:

In my youth, between 1924 and 1931, the people of the Harianboho Valley were still cut off from the outside world; they lived from agriculture and retail in the valley… As a small child I had little contact with my parents. From the second year of life, the village is directly involved in social activities with children of the same age; herding sheep, fishing in the river and lake, hunting, stealing fruit from the others and attending adat ceremonies among the group when animals were sacrificed to the gods.

In 1931 Sitor went to Balige, on the southern tip of Lake Toba:

The six-hour boat trip south was through the western part of the lake. This was the first time I had left the valley and saw how big the lake actually was. Balige was also my first city. The Dutch school was founded in 1925, at the same time that the Trans Sumatra road was opened from Medan to Padang. Just as the landscape to the north of the lake was dominated by high steeply rising mountains, Balige was surrounded by mountain ranges that rose to the east, to Habinsaran, where the sun rose, towards the Asahan River. Behind this was a mysterious outside world, just as this outside world had seen the Batak lands for centuries as a mysterious world, populated by tribes with terrifying customs, with a fascinating adat culture interwoven with legends and myths …

Although he did not often visit the Toba highlands in later years and rarely saw his family, the link with the valley by the lake always remained. He dedicated the poem Harianboho to his parents:

I am sure that I will always find / the way back to you, / the coastal road home /

which bends to the valley / on the shore of the lake.

In the 1980s he taught at Leiden University for a number of years. He wrote the anthropological study Toba na Sae about the Batak people and Pulo Batu an opera about the Batak. In 2006 he received the Hadiah Sastra Pusat Bahasa (Literature Prize from the Center for Language) and the South East Asian Write Award in Bangkok. In 2010, Sitor Situmorang was honored with the first Saraswati Literary Lifetime Achievement Award at the Ubud Writers and Readers Festival in Bali. On his death, President Joko Widodo tweeted: “My condolences on the passing of our great national writer, Sitor Situmorang.”

The author is a Dutch writer who owns a hotel just outside Medan. Dirk A. Buiskool wrote for magazines like Archipel and Azië.