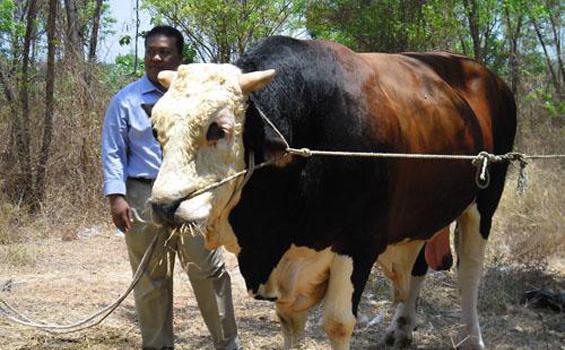 In the last two years, Idul Adha in Indonesia has meant the end for Rambo. Last year Rambo 1 was killed and today Rambo 2 was bitterly slain. It was all done in our Presidential Palace compound under the sight of our President, Susilo Bambang Yudhoyono.

Rambo 1 and 2 in this case were no fictitious megalomaniac American action heroes, but well-bred 1 ton + bulls, pampered until this final judgment day, when they were sacrificed on Idul Adha.

Rambo 1 and 2 were a Swiss cattle breed. The first weighed 1.2 ton and number 2 weighed no less than 1.4 ton. President Susilo Bambang Yudhoyono bought the bulls from Tegal Bero Farm in Pasuruan, East Java. He paid no less than Rp 50 million ($5,882) for Rambo 2. Rambo 2 was slain on Idul Adha.  His meat was distributed among the poor.

According to Heri, a member of the royal farming staff, since the purchasing order had reached his stable, Rambo 2 lived a comfortable life as a sacrifice of the president. Nearly Rp 25,000  ($ 3) was spend on food for the bull a day. Early in the morning, he got 30-40 Kg of fresh grass for breakfast. Before midday, Rambo 2 got various mixed fibers; rice siftings, corn, soybean and tofu. At 2 in the afternoon the staff provided it with dried rice stalks and the dessert was served at 4-5 p.m. To keep up his stamina, Rambo 2 was massaged and bathed twice a day. 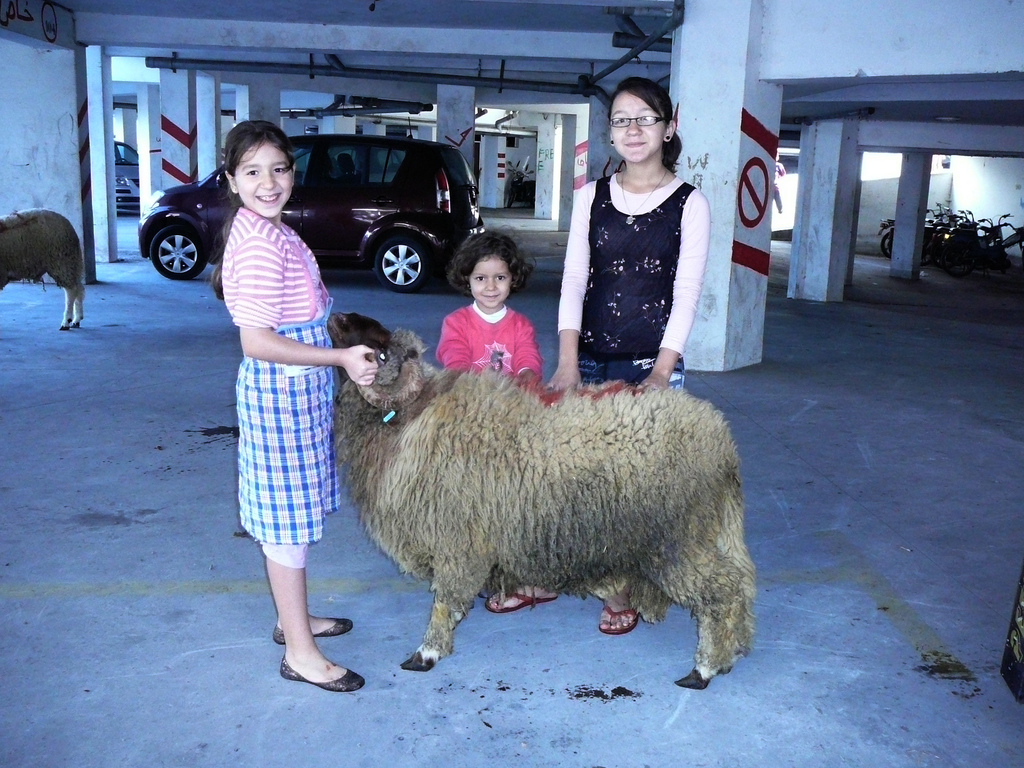 Most families buy their own sacrifice, or 'korban'

Idul Adha and the sacrifice

Idul Adha is the Festival of Sacrifice.  As a festival it refers to a religious revelation; its moment shared by celebrating it with the community. Sacrifice is actually the other side of coin; it transforms the festival in reflecting the holy bond, deeply embedded in peoples’ relationship to God. In this case it refers to Abraham’s act of sacrificing his only son, Ishmael as an act of obedience to God before God intervened and provided him a ram to sacrifice instead. As a Middle Eastern monotheistic based religion, just as Judaism and Christianity, Islam acknowledges Abraham as one of the great prophets and the model of faith.  He voluntarily offered his most cherished son Ishmael, in sacrifice, before God intervened by providing him a ram. This shows the power of God, but also his merciful side.

Ali S Syari’ati (1997), a leading Pakistani who had a great impact on modern Islam says, ‘sacrifice is not merely an act of getting close to God but getting closer to the poor and the marginalized as well.’ A similar statement was expressed by Jalaluddin Rakhmat (1995), an Indonesian writer, saying that sacrifice rites clearly reflect the message of Islamic social solidarity, to get close to our fellow brothers  and sisters in need.

Speaking to the congregation on last year’s Idul Adha celebration  in Makassar, South Celebes, the Chairman of the Constitutional Court (MK) Mahfud M.D saw the slaughtering rite as a symbol of disbanding human’s beast character.  “Sacrificing means we dare to submit everything we have as a form of faithfulness to God,” he said.

Sometimes, Idul Adha was conducted on different dates by Indonesian people, who are mostly divided into two big organizations; Nahdlatul Ulama (NU) and Muhammadiyah, This year, the two leading muslim organizations agreed on the festival date of November 6, 2011, which according to lunar Islamic calendar, is on the 10th day of the 12th month, Dhu a-Hijjah.  Reviewing the Gregorian Calender, you’d soon find that the date is about 70 days (two months and ten days)  after the month of Ramadhan. The celebration is always in concordance with the  annual Hajj pilgrimage to Mecca in Saudi Arabia.

Common practice of sacrifice in Indonesia 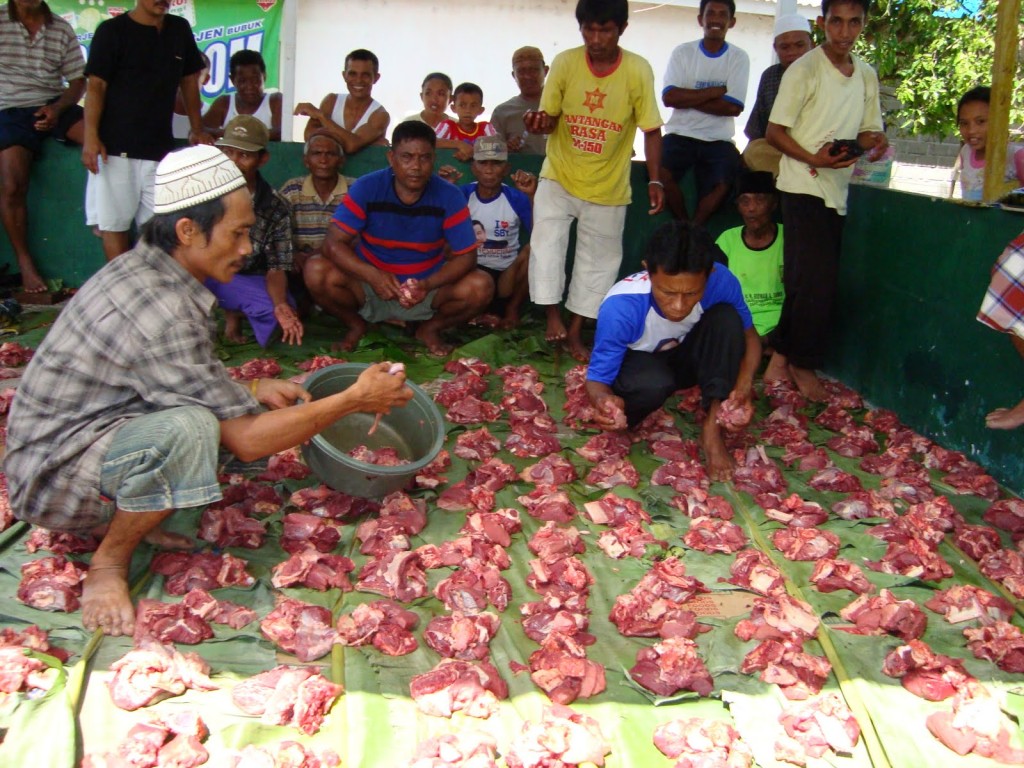 In the last four decades, following Islam resurrection in Indonesia, the well to do families give their share to the poor by handing it over to the local mosque management or local NGOs. For many, the sacrifice tends to be the way the Muslim community provides meat for the members and the others. In my kampong, the Muslims usually provide some cattle and some goats, depending on their financial capacity. The goat meat goes to the outsiders who get the meat from the nearby mosque. On Idul Adha you will see lines of poor people visiting mosques to get their share – usually half a kilo to a kilo – of meat. Meanwhile the cattle meat solely goes to their resident.

Looking at poor families during Idul Adha standing in line for meat, I believe that they actually want to convey their inner wish. The wish that the sacrifice of Rambo 1 and 2 should take the form of an integrated structured policy to help the poor, enabling them to enjoy meat as part of their daily diet, not just once a year.