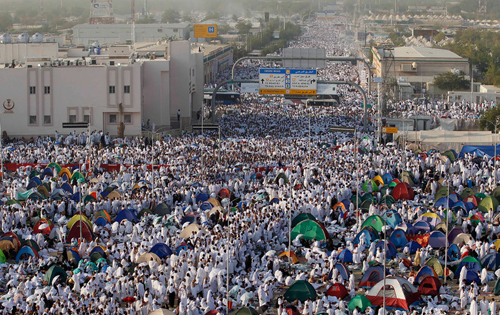 300.000 Indonesian Muslims, along with around 3 million pilgrims, return from Mecca annually and leave behind 100 million plastic bottles. Unless immediate measures are taken, the holy land will soon transform into a waste land. The figure, published by the Alliance of Religions and Conservation [ARC], does not include mounting waste from takeout foods and other goods during the 30-day hajj season. This daunting situation has caused a major headache among Muslim academics for the prospects of the holy land. “Islam venerates cleanliness in all aspects of life. This situation in Mecca is a great cause for our concern,” said Dr. K.H. Ma’ruf Amin , chairman of the Indonesia Ulema Council [MUI]. Muslims leaders and academics then put forward the so-called green hajj scheme. 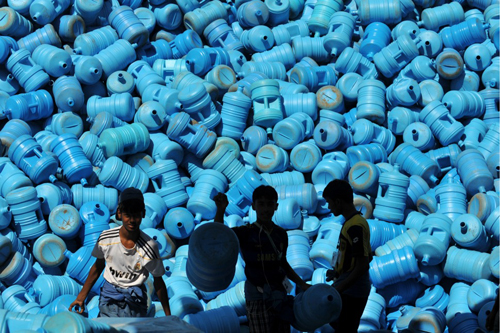 Green hajj is an implementation of the Muslim Seven-Year Action Plan on Climate Change that was jointly launched in Windsor Castle, UK, attended by Prince Philip, the secretary-general of the United Nations Ban Ki-moon and various world religious leaders. Last week, a guide book on the green hajj was jointly launched in Jakarta by the National University [Unas] and Indonesian Ulema Council [MUI]. The book publication is a further step of the Muslim 7-Year Action Plan.

The Green Hajj Guide called on pilgrims, popularly called ‘haji’, to use cloth bags and reusable bottles during their hajj; plant one tree each in their own district before they leave for hajj and choose travel companies with environmentally conscious policies. The tree is the paid price for gas house emission they would produce during their pilgrimage. “A carbon print of an haji can be neutralized by the tree they plant, it is a sort of carbon offset scenario,” said Dr Fachruddin Mangunjaya, Research Associate at the Universitas Nasional, who co-wrote the book with Dr Husna Ahmad of the London-based Faith Regen Foundation.

A carbon calculator shows that each pilgrim produces 2.3 tons of CO² in the atmosphere. This is based on 43.13 Passenger miles flown per gallon of jet fuel and an average distance of 4000 miles for each haji. 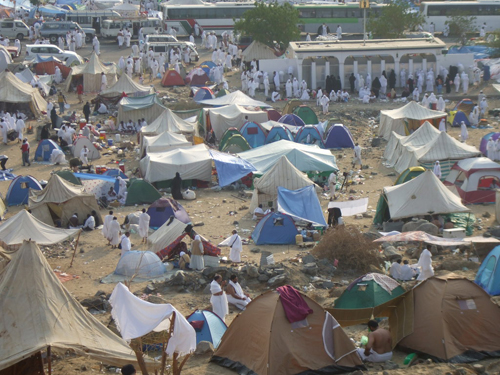 A Better Hajj For The Future

More recently, some groups of Muslims in the Middle-East and the North African region chose to leave earlier in the season so they may travel slower; taking a bus is a way of group travel that cuts down on the CO2 emission per person. The Guide also contains theological explanations about the responsibilities of all Muslims as Khalifas – vicegerents – to take care of the natural world and urges pilgrims to become advocates for green living amongst their families and communities on their return.  This is the Indonesian version of the first Green Hajj guide book launched by the Global One 2015 and EcoMuslim in Assisi, Italy, on Nov 2, 2011.

The Hajj – one of the five pillars of Islam – is the biggest annual pilgrimage in the world. By November 1, nearly 1.8 million pilgrims had arrived for this year’s Hajj, according to the Hajj authorities.  The Hajj is also a spiritual exercise of piety, which is described by means of symbols and rituals that give a real lesson in life.  During Hajj, pilgrims are prohibited from doing activities that damage and disrupt the environment. One is forbidden to kill game animals, damage trees and even harm any living creatures, however small.

Humans cannot use contaminated water for ablutions, and yet water sources in Indonesia are increasingly being contaminated by pollution, industrial waste, poor sewage, and chemical pesticides. Hopefully the Green Haji Guide will be a first step to not only a sustainable hajj, but also an overall change in behaviour.