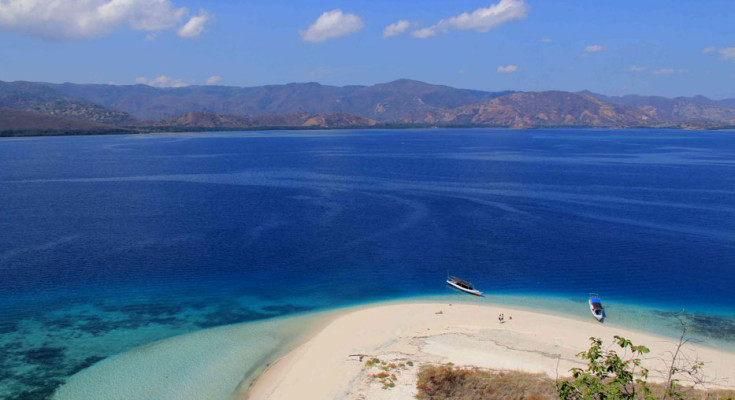 Are you looking for unspoiled nature, authentic culture and quiet beaches? Explore the hidden beauty of the Lesser Sunda Islands! 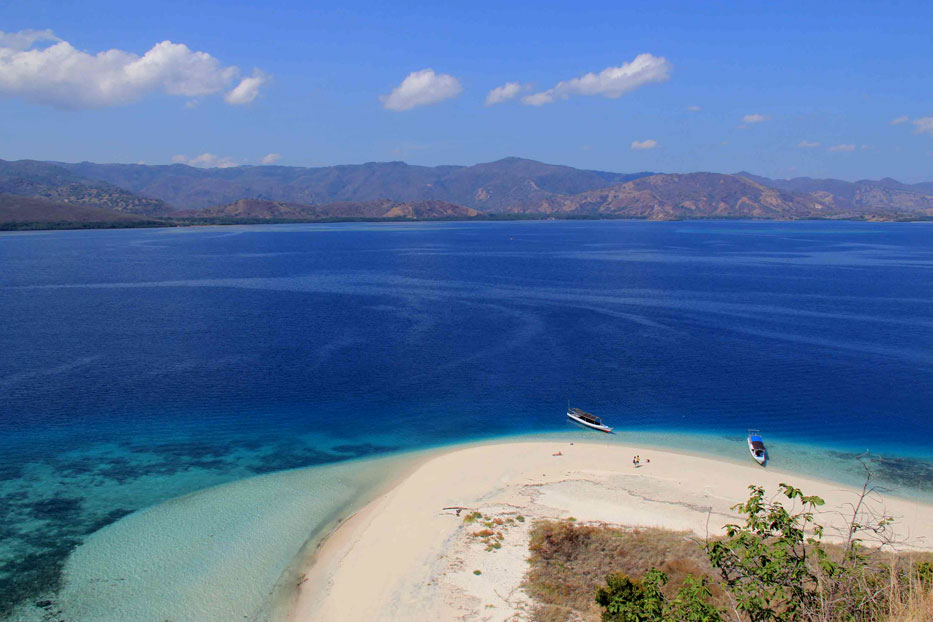 The hidden beauty of Flores awaits you, By: Anggun Nugraha

Discover the flower of the Lesser Sunda Islands, Cabo das Flores (Flower Cape), as the Portuguese baptized the island in the sixteenth century. It is the westernmost island of the province of Nusa Tenggara Timur (NTT). Together with the island of Timor, the largest part of the population here is Catholic, though ancient animistic beliefs, are still part of daily life. The inhabitants of central and eastern Flores exhibit Papuan and Melanesian influences, the population of West Flores, however, has a strong Malaysian appearance. 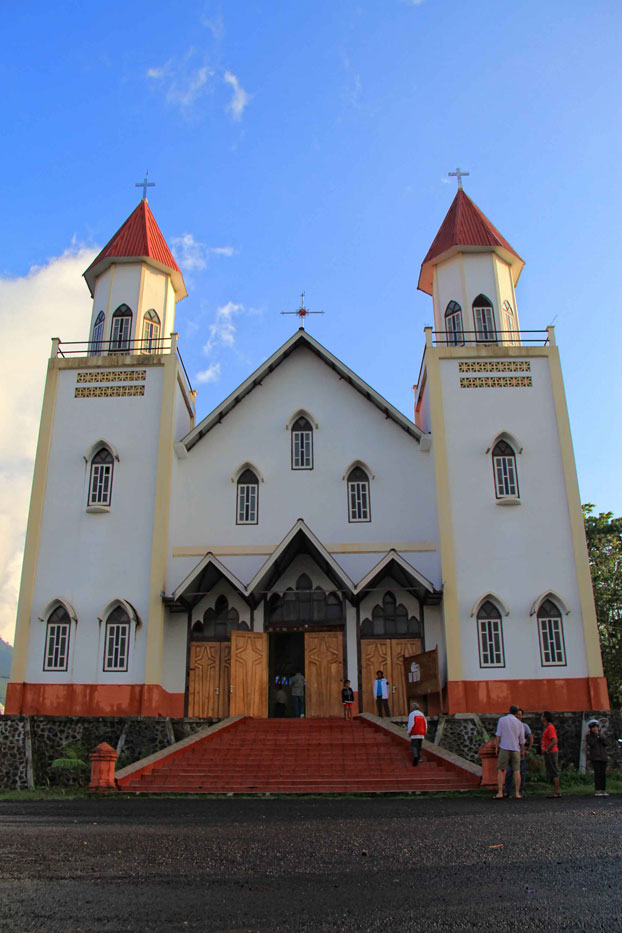 The majority of the population on Flores is Catholic, By: Anggun Nugraha

In terms of natural beauty there is no doubt that Flores is the most beautiful island of NTT, it offers the most variety in scenery. From the west you travel through green rice terraces, tropical forest, gently rolling hills and mountains, to steep cliffs and deep ravines in the central area, giving way to a dryer, sometimes savanna-like landscape in the east. Over the entire length of the island one finds at least twelve volcanoes, some still active. The two main cities are Maumere in the eastern region and Labuan Bajo in the west. Flores has six districts that also differ ethnically, from west to east: Manggarai, Ngada, Mbay, Ende, Sikka and Larantuka. The nearly 700 km long Trans-Flores Highway connects the main towns of the six districts with each other.

What to See in Flores

To reach Flores, daily flights from Bali connect to Labuan Bajo and Maumere. On the beautiful island you can get acquainted with many ethnic, unique cultures and century-old traditions; in the traditional villages a warm and hospitable welcome awaits you, witness various ceremonies and beautiful dances and see the symbols of ancestor worship.

On your route through the coastal town Maumere via Ende to Labuan Bajo harbor, meanders a (sometimes bumpy) road that offers breathtaking scenery, fascinating culture and home industries. In Wolokoku and Saga you can admire traditional houses, Sikka (an old Portuguese settlement) is now the center of traditional weaving. Sunset Point invites you for a photo stop with its beautiful views. Visit Kampung Bawae, located in the Nagekeo district where tradition and modernity are interwoven and Bajawa, the center of the Ngada culture, surrounded by beautiful scenery and volcanoes. You can stroll around on the weekly market and relax at the hot springs of Soa. Not far from Bajawa you’ll find the Liang Bua cave where the Homo floresiensis was found. This discovery has attracted the attention of scientists for further research, to connect the past with the future. 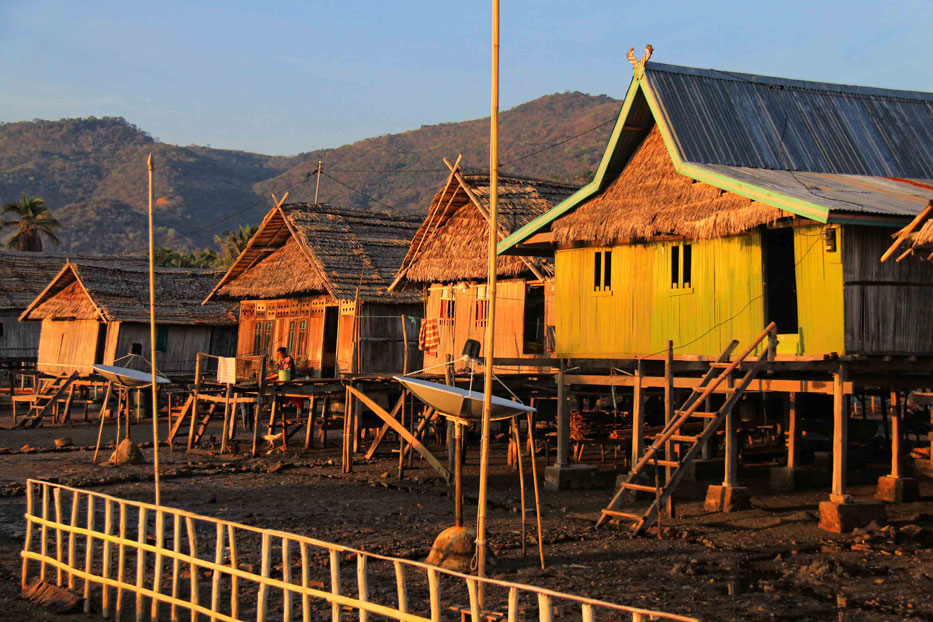 On the way to Ruteng, plantations with cacao, coffee, vanilla and cloves stretch as far as the eye can see. While the world is so fascinated by various crop circles, in the village of Ruteng Cancar you can see a rice field in the unique shape of a spider web. The population of Cancar has adopted a tradition of land distribution, called Lingko. 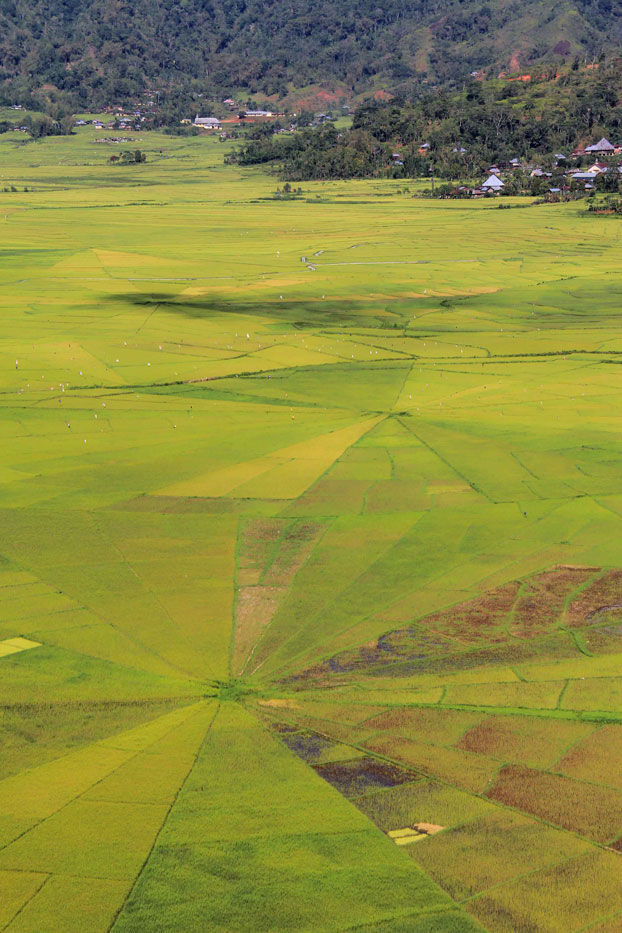 As a Eco destination the National Parks of Flores offer a lot of variation to nature lovers, with its colorful, pristine flora and fauna, excellent bird watching, soft trekking through the jungle, to waterfalls and hot springs.

The National Park Gunung Kelimutu, with the three colored crater lakes is the biggest attraction in Central Flores; at the foot of the volcano, the village of Moni is the center of the Lio-culture (ikat). From here it is possible to include a tour to Wolowaru, a village of traditional houses where you can attend a harvest ceremony in August.

The environment of Riung has received the status of National Park, called “Seventeen Islands”. Off the coast you will find a rich and protected coral reef, an ecosystem with 27 different species of coral which houses schools of colored fish, dolphins, whales, turtles and other exotic fish. The local boats can bring you to several islands, including to Pulau Rutong and Pulau Tiga. In the crystal clear waters unfolds a magnificent underwater world that’s perfect for swimming, snorkeling and diving…a breathtaking experience. You can also sail to Pulau Ontoloe where you can spot bats, perched in the many mangrove trees. You’ll find more great beaches for swimming, diving and snorkeling, near Maumere,Waiara, Koka Beach and Mbalata Beach. 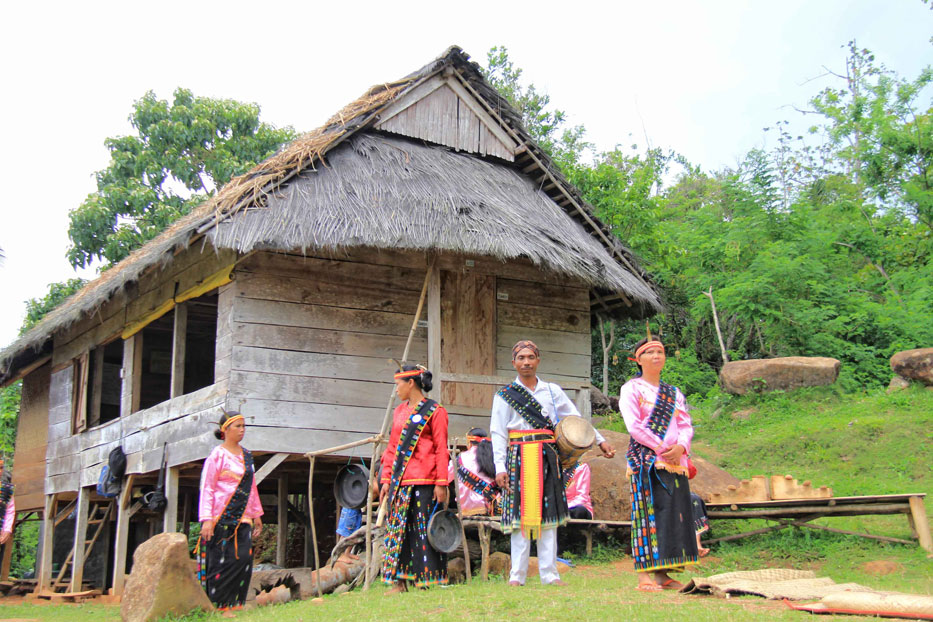 The picturesque fishing village of Labuan Bajo, where you can taste the atmosphere of local life, is increasingly developing as a tourist destination that meets international standards. Besides the middle class hotels, more luxurious hotels have sprung up to meet the growing demand in the future.

After you’ve enjoyed a visit to the Cermin caves, a massage by Flores Spa (operated by blind massage therapists), will surely revitalize you.

Drop by at the Tree Top Restaurant for a panoramic view over the bay and a beautiful sunset. Here you will be received with a broad smile by the enthusiastic staff and the hospitable owner of Indonesian/Swiss descent. While a nice breeze brings some coolness, you can enjoy various tropical cocktails, choose from a wide variety of delicious Indonesian /Western dishes and desserts, including the luxury Indonesian coffee ‘Kopi Luwak ‘. 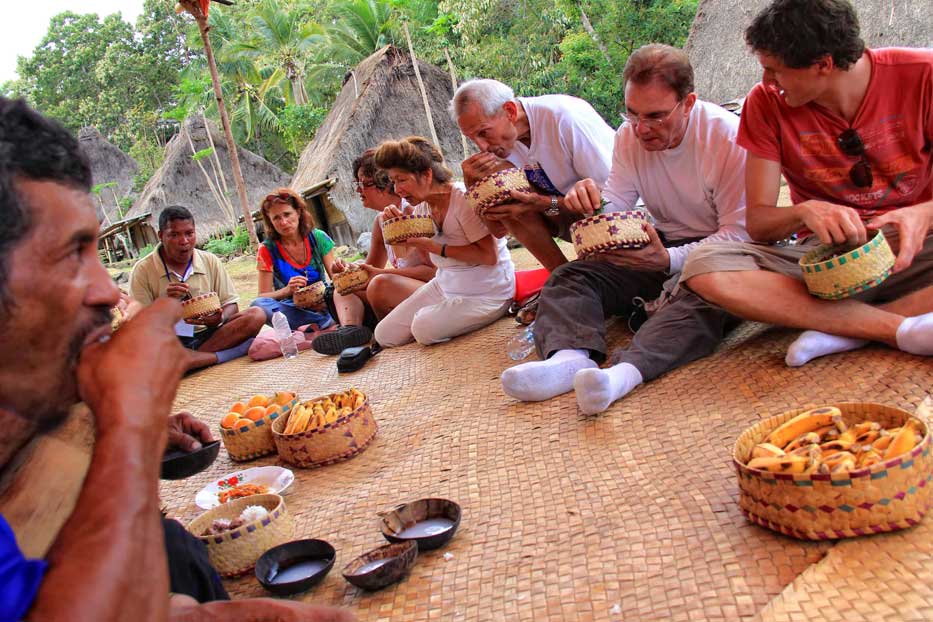 Sharing a meal, By: Anggun Nugraha

Labuan Bajo is also a good departure point to sail to Sumbawa and the Komodo National Park where the fascinating yet ferocious Komodo dragons await you. On the second largest island Rinca, besides the Komodo dragons, horses, monkeys and deer abound; hikes with views of the surrounding sea and islands are the best way to explore this island.

Would you like to stay over on an idyllic island? About 45 minutes by boat from Labuan Bajo you can sail to the island of Pulau Kanawa; although accommodation is in very simple huts, the quiet beaches, clear waters with abundant marine life and giant turtles, make up for it. The restaurant offers delicious mixed fruit juices and a mixed Indonesian /Western menu. From your hammock, you can enjoy a beautiful sunrise and sunset, a stunning red glow extending over the ocean… 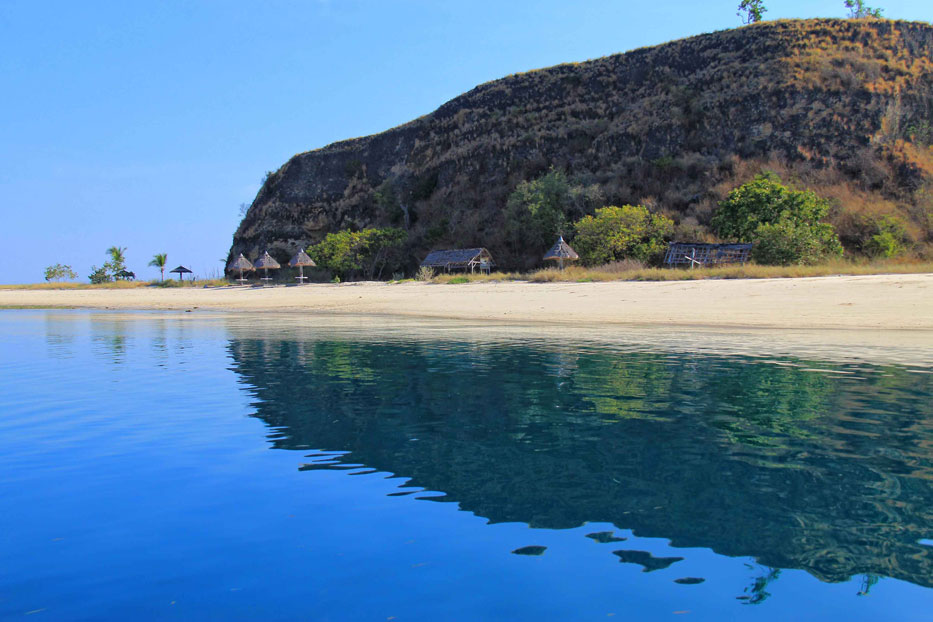 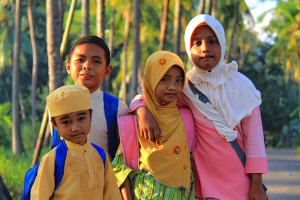 Flores invites you to discover its traditions and natural beauty. Accommodation varies from simple (clean) guesthouses to luxurious, comfortable (eco) hotels in the larger towns, complete with (spa) facilities and professional staff. In short…Flores is a versatile destination with something for everyone, breathtaking scenery above and under water, and friendly, enthusiastic people.