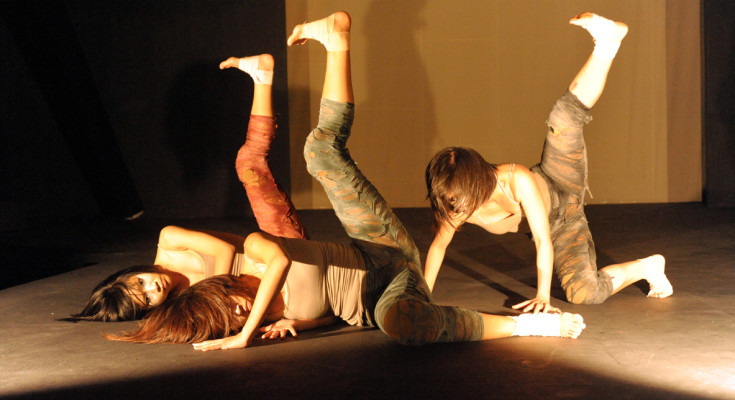 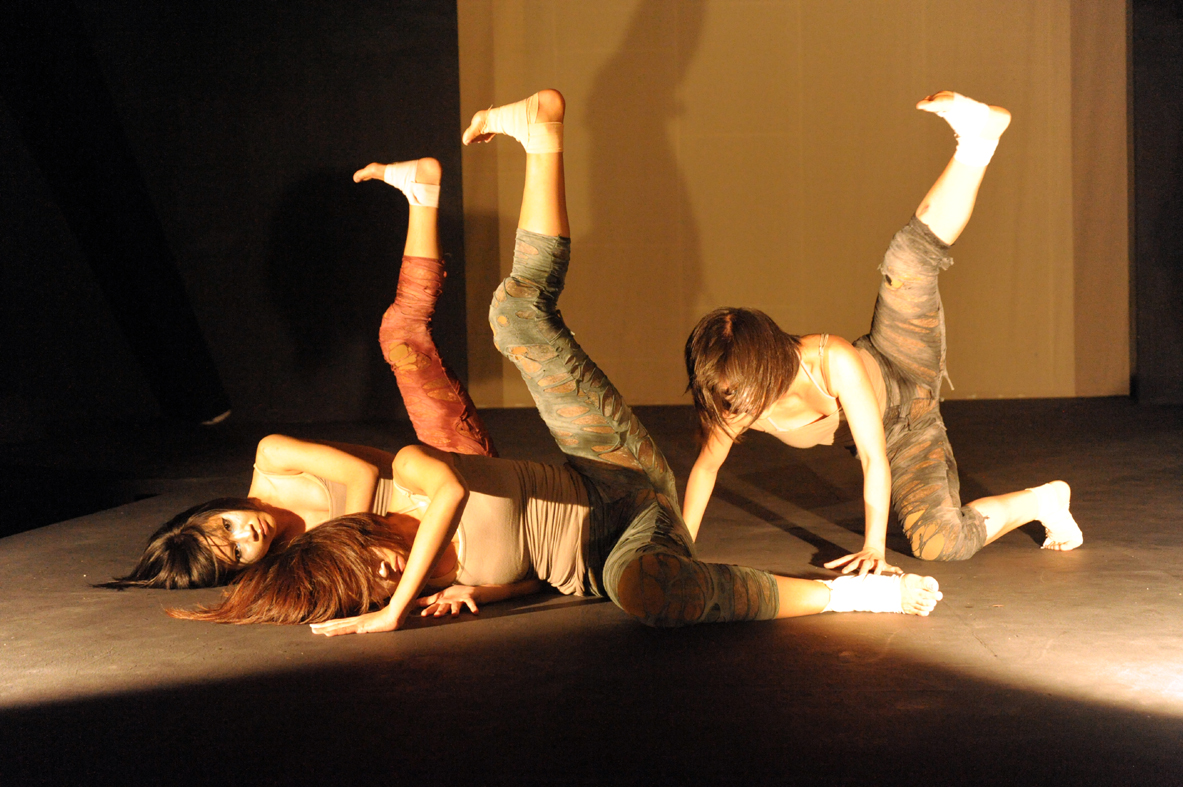 Tucked away in a corner on a rooftop of a big shopping mall I found one of Kuala Lumpur’s precious gems: a small theatre where young and more established artists can showcase their talents in theatre and dance.

There’s a lively dance culture in Malaysia coming from its numerous ethnic groups who all have their own rich culture and heritage. Not just Court Dance and Folk Dance, but being a former British colony, the world of ballet and modern dance is also thriving. The My Dance festival, ‘All in One’, in Kuala Lumpur was back after a six year hiatus. This three week festival for dancers and dance lovers didn’t only offer performances but also numerous workshops by well-known artists. 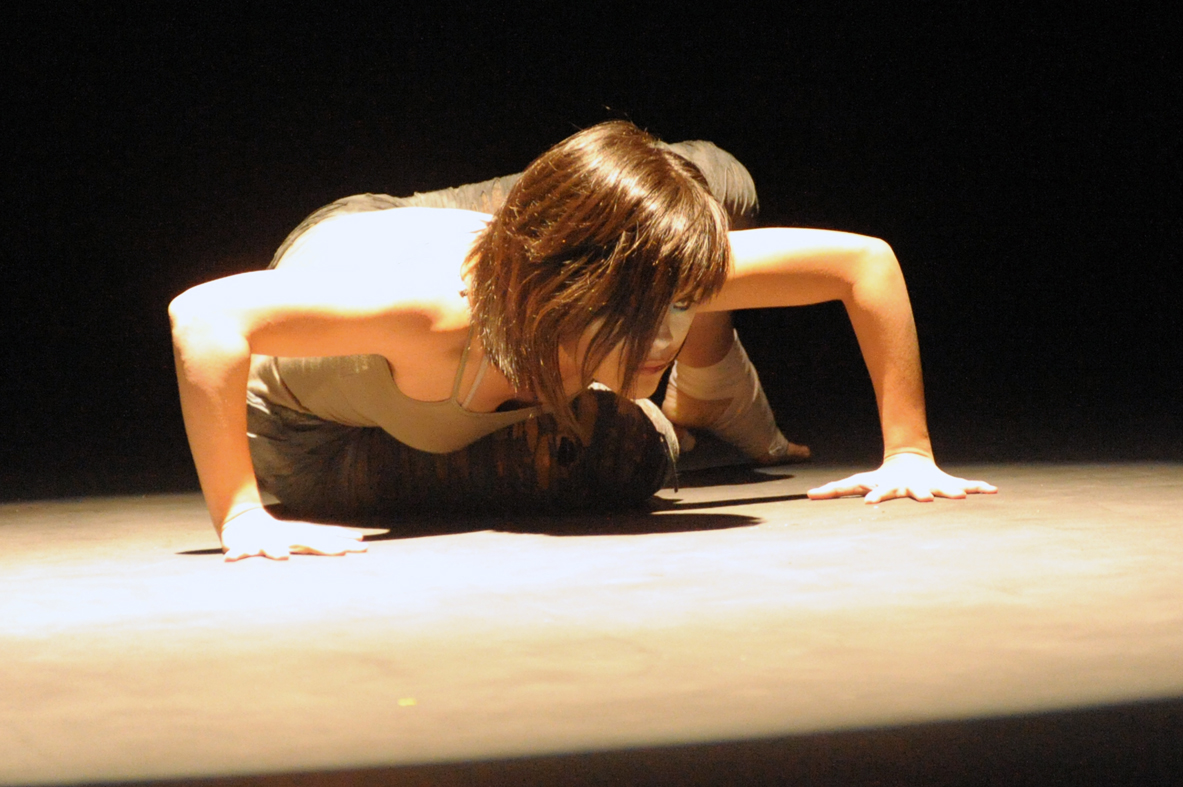 They featured (among others) two nights were twelve young choreographers could enter the spotlight and show the audience their vision. Three performances stood out for me and were very memorable: Cicak, Blind Dog and Wushu Madness –  1 Table 2 Chairs. In Cicak choreographer Chai Vivian shows us what happens when warm-blooded human beings are trapped in lizards’ bodies. Their strong sensitivity makes them afraid of the eyes that look at them. But who should be afraid of whom? Sitting in the front row I found their movements and staring looks pretty intimidating… 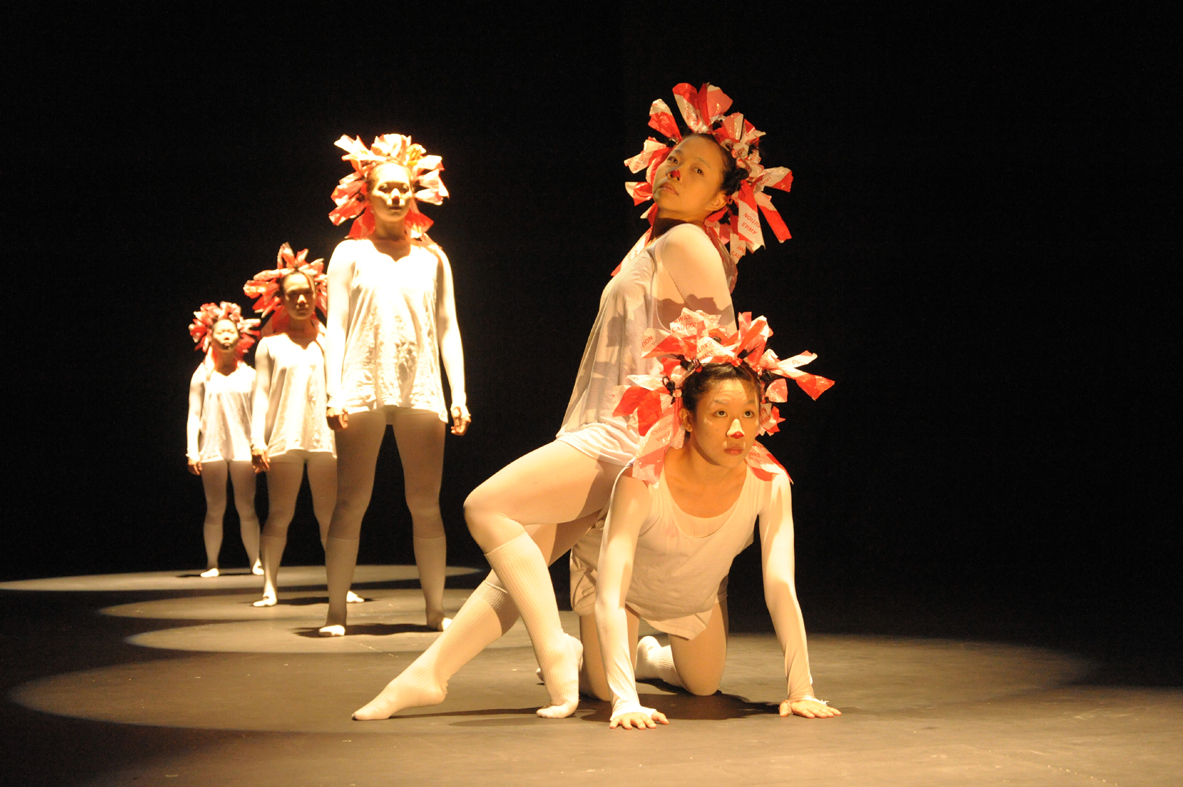 Blind Dog choreographed by Kathyn Tan Chai Chen is about blind obedience to the existing system, to our indifference for social and political issues and our apathy. The piece was visually enticing and kept me captivated. 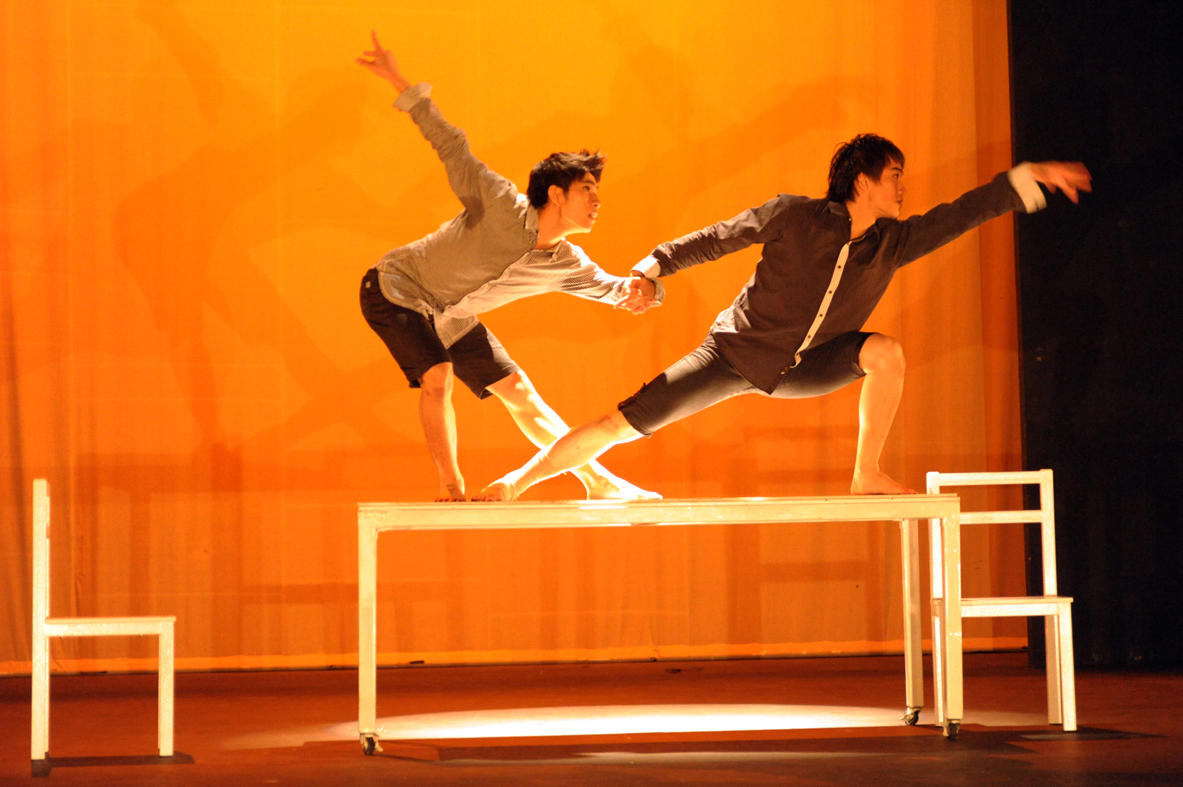 Without a doubt Wushu Madness by choreographer Lee Swee Seng showed the highest level of dance and the best trained dancers. Doing martial arts (wushu) does also prepare you for dance. Although in all honesty, they are no beginners and have been around the block and Lee Swee Seng made his mark in the world of dance and won his prices. The concept behind this piece is ‘abstract or reality?’. Can simple props like a table and two chairs reveal a deeper side of people’s mind? What is the relationship between the actor and the tables? What do you think they represent? This ‘search’ led to an alluring and compelling piece that kept you under its spell from the beginning until the end. 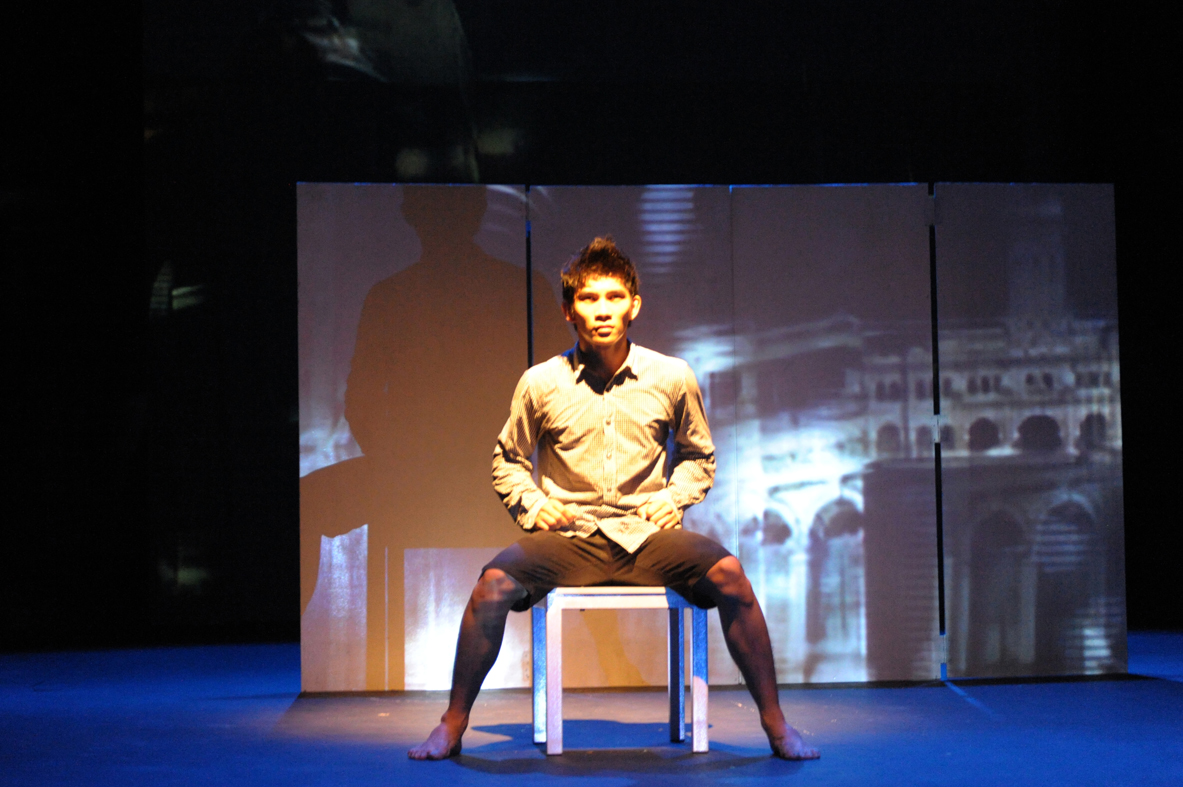 Many young Malaysian came to watch the shows and the atmosphere was one of anticipation and excitement. Young contemporary dancers and choreographers are knocking on the doors of the establishment and showcasing their talents. Although the policy that if you’re a modern dancer you don’t need to work out, should be abandoned fast. Many dancers lacked the physical strength to fulfill their promise. It was also a pity that somehow the festival didn’t reach all its potential lovers. But there certainly is an audience for this festival and I hope I again can enjoy it sometime soon.