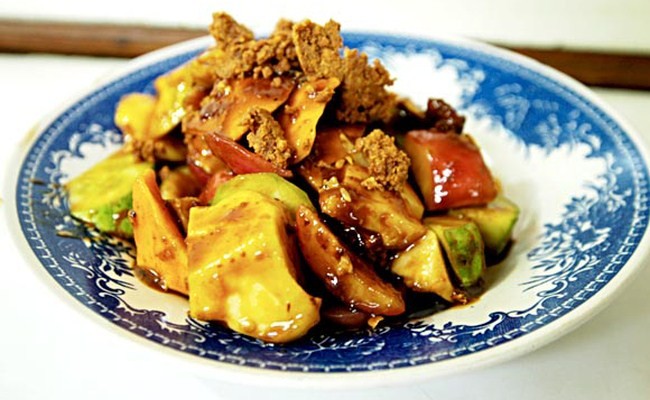 Eating out in The Big Durian, Jakarta Food Guide

Visitors tend to avoid Jakarta when traveling to Indonesia, opting for visits to Bali or inland Java for instance. With The Big Durian’s (a stinky but delicious fruit, a nickname that aptly symbolizes the capital of Indonesia) fluctuating population of somewhere between 10 and 19 million inhabitants (depending on what/who you listen to and without losing count), resulting in crippling traffic and an abundance of pollution, it’s hardly surprising that western visitors skip Jakarta altogether in their eastern sojourns.

Yet one blessing to come out of the city’s budging population is the array of food –street food or otherwise- available to the locals or Betawi, immigrants from other areas of Indonesia settling in the city, and overseas visitors alike. While in my personal opinion Jakarta’s best dishes take the form of street food, there are various other establishments providing good and honest grub. Here are 4 of the best: 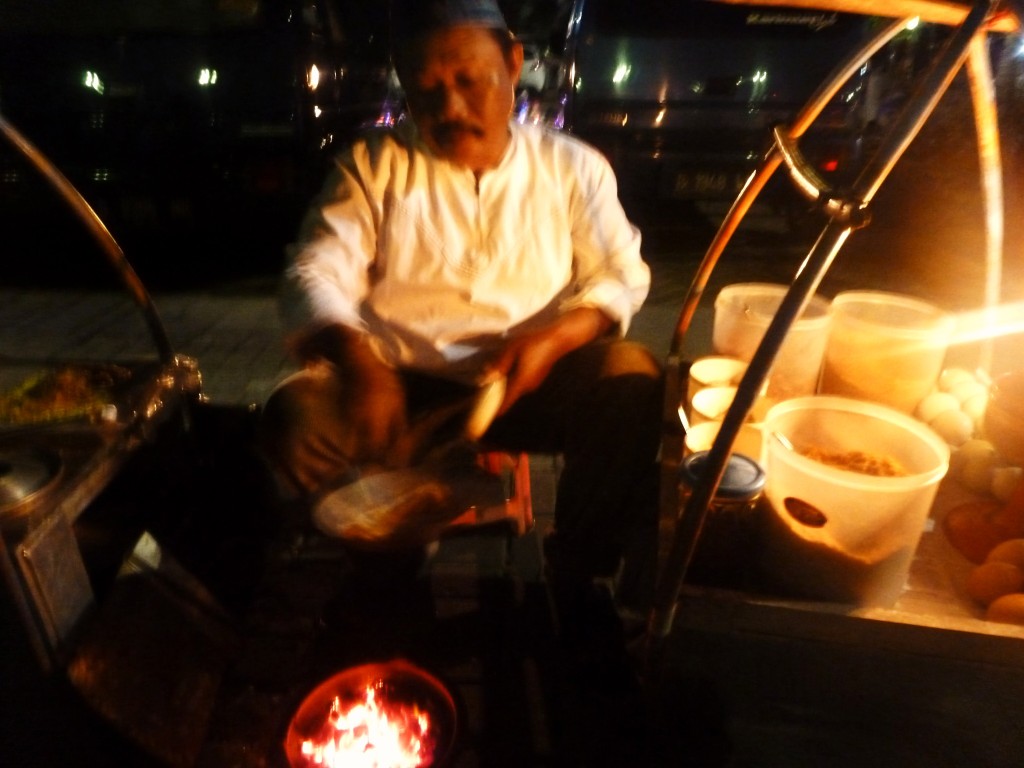 Mr. Teguh (50), who has been selling Kerak Telor at Monas in Jakarta for 30 years, By: Rani Yunus

Naming a specific stall is virtually impossible as every section of Jakarta and almost every major street has rows of street vendors and hawker carts selling everything under-the-Indonesian-sun. The classic Nasi Goreng, Ketoprak Jakarta, Rujak fruit salad with spicy sauce, Soto Betawi, Gado-gado, Soto Ayam, Sate Ayam, even Japanese teppanyaki, and pretty much everything else in between can be found in Kemang South Jakarta, or Menteng in the City Centre. Vendors in Kota (West Jakarta), known as Jakarta’s Chinatown which dates back to the 1700’s, specialize in Chinese-Indonesian cuisine (featuring pork meat). While Pluit’s close proximity to the ocean, guarantees a fresh supply of seafood.

Padang cuisine, native to the city of Padang in West Sumatra, is one of the nation’s beloved regional dishes (found literally all across Indonesia). And while the capital has numerous Padang restaurants in every section of the city, Rumah Makan Sederhana is perhaps the most famous. Padang or Minangkabau cuisine, is instantly recognizable by the pyramid of food displayed in the restaurant’s window, and is best known for its Rendang, Gulai, Sate and various chicken dishes. Just pick whatever you like from the shop window and dig in!

Jakarta is geographically located on Java’s West coast, home to the Sundanese. Thus it’s unsurprising that Sundanese food is widely represented in the capital. A typical Sundanese meal would involve various types of grilled seafood and/or chicken eaten with fresh raw salad accompanied by sambal (the ubiquitous Indonesian chili condiment). Besides on the West Javanese coast, one of the best places to try these dishes is at Dapur Sunda in South Jakarta. They have 6 branches in Jakarta, so find one near you and dig in:

Dine in style (colonial style that is) in Cafe Batavia, By: Emma Kwee

Café Batavia is a Jakarta institution, a preserved relic of the Dutch colonial period. While the food perhaps isn’t the best reflection of Indonesian cuisine (serving mostly Western or Chinese dishes), the building that houses the café is a 19th century restored colonial government office located in the Kota Tua (Old Quarter) of Jakarta and is one of the capital’s landmarks.