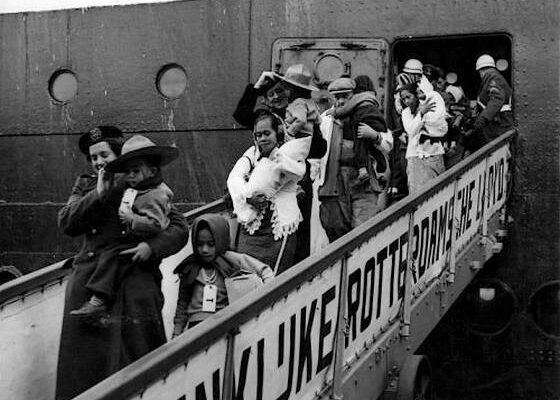 ‘The Moluccans. A forgotten story’ Review 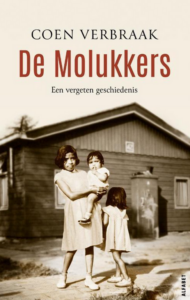 This is the book that goes with the television series by the successful Dutch documentary maker Coen Verbraak. The Moluccans (formerly called Ambonese) are part of Dutch society for over 70 years now. They are descendants of the initially 12,500 men, women and children of the former colonial army (KNIL), in 1951 coming from the Dutch East Indies, now Indonesia. Now they are a community counting 65,000 souls, almost completely integrated into Dutch society, mostly through mixed marriages. Only 11 % of the grandchildren of the original migrants still have two Moluccan parents. A similar pattern is visible when it comes to the number of Moluccan grandparents. Only 30 % of the third generation has one Moluccan grandparent (source: Dutch Central Bureau of Statistics).

The Moluccans may have become full Dutch citizens, their souls remain pure Moluccan. Even one of the most critical informants in the book, Sam Pormes, emphasizes: “It is the special connection with the village (pela) on Ambon that makes us Moluccan.” This former senator of the Green Left Party, however is not a follower of RMS, the ideal of an independent South Moluccan Republic. He considers it as a colonial product which excludes other parts of the Moluccas. He denounces the glorification of the KNIL soldiers who were involved in extensive violent actions against Indonesian freedom fighters. He condemns the train hijackings that took place in The Netherlands in the seventies. At least he rejects the terrorist actions, not their goals. Pormes is one of the few who show this kind of self-criticism in the book and series. The lack of distance and reflection is a bit of a weakness in general of Coen Verbraak’s documentary. The selection of informants, the political correctness he displays, it all itches. The journalist lets them tell their story in a familiar format that results in beautiful dramatic television. However, it remains their story, not the full story. He fails to provide the viewers and readers the broad context.

Oral history is not the same as historiography. Even Verbraak admits this in the book saying “memory is distorted, the story can change color. Records sometimes say something different.”  Noting could be less true. And it’s the full story that we need after so many years. If the Moluccans in the Netherlands stick to their own version, there will never be a good transfer of information to the younger generations. Keeping play the victim (of politics and history) upholds development of the community.

By allowing people to repeat the old cliches and stories, many questions remain unanswered. Questions like what role did the Ambonese soldiers play in the bloody crushing of the Indonesian struggle for independence? Did they really come to the Netherlands on a military order, or did they choose to do so themselves? Once in the Netherlands, were they allowed to work? To cook their own meal in the locations they were placed? Have their leaders kept the families ignorant by clinging to the (quickly proved impossible) idea of ​​returning to the South-Moluccas, now an undisputed part of Indonesia?

As long as these facts and legends are passed through, the myth will be kept alive. Is this a good thing? One might wonder if that is the case.

The results of the major NIOD decolonization study (February 2022) will give us some answers to these questions. But also cautiously presented different opinions that emerge from within the community itself. Unfortunately, only few people do this openly. For instance, anthropologist Elias Rinsampessy. He criticizes some patterns and trends among his own people. But he wisely says nothing about the criminal Moluccan motorcycle gangs, like Satu Darah and Bandidos. Nothing on the bullying of Dutch inhabitants who rent houses in a Moluccan neighborhood in a small Dutch town. The community members who do this are simply considered as heroes.

Historian Herman Keppy also wants to clear the ‘fog’ that hangs over the Moluccan story. He tries to explain what really happened with the Moluccans back in the fifties in Indonesia. And how they were given the opportunity to enter the Indonesian army, a chance the Dutch government never gave them. However he stays safe in the shade of the debate and remains loyal to the group.

But these rare opinions do not appear in the book. Rinsampessy and Keppy are not part of the series or the book. Their views are desperately needed, especially because of recent events. Like the persistence in the recent lawsuit against the Dutch state for alleged execution of the Moluccan hostage takers in 1977. This shows little empathy for the real victims, the hostages and their families. How would the Dutch relatives of the brutally shot train passengers have felt reading the newspapers? And what about those Drenthe’s primary school children who were held hostage in their school for weeks by Moluccan terrorists? Let’s start answering these questions too.