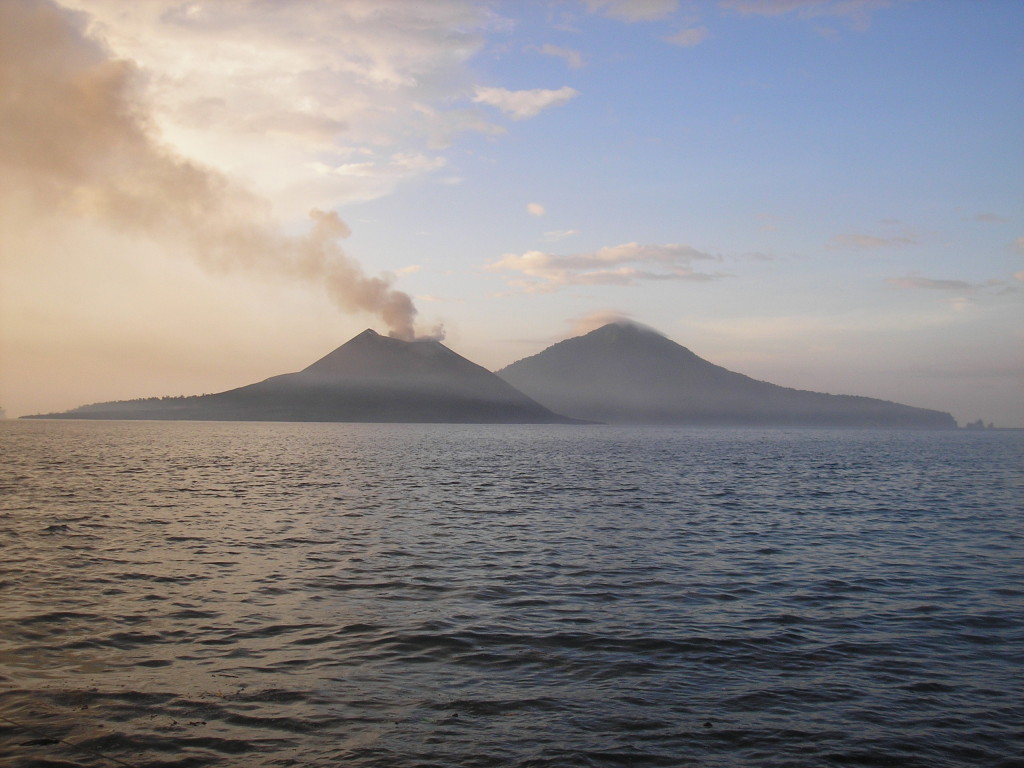 As editor of the not-for-profit hiking website Gunung Bagging, I have spent the last few years exploring countless mountain peaks – both famous and obscure – that lie within relatively easy reach of Jakarta. Almost all expats have heard of Gunung Gede-Pangrango and the infamous Anak Krakatau, both of which are volcanoes located close enough to Jakarta to be well within reach at weekends. But far fewer have heard of gems such as Gunung Parang (‘Machete Mountain’) near Purwakarta, or Rakata, the highest island in the Krakatau group.

At present, Gede-Pangrango has such a problem with over-crowding and litter that it has reached the point where there is a limit placed on the number of people that are able to reserve a place to climb at weekends. In addition, expensive guides are mandatory for foreigners. Given the fantastic variety of other peaks available, this problem is one which could easily be solved by encouraging hikers to explore less well-known mountain areas. So here we present five lesser known peaks that can be reached in a regular weekend from Jakarta – without boarding a plane. 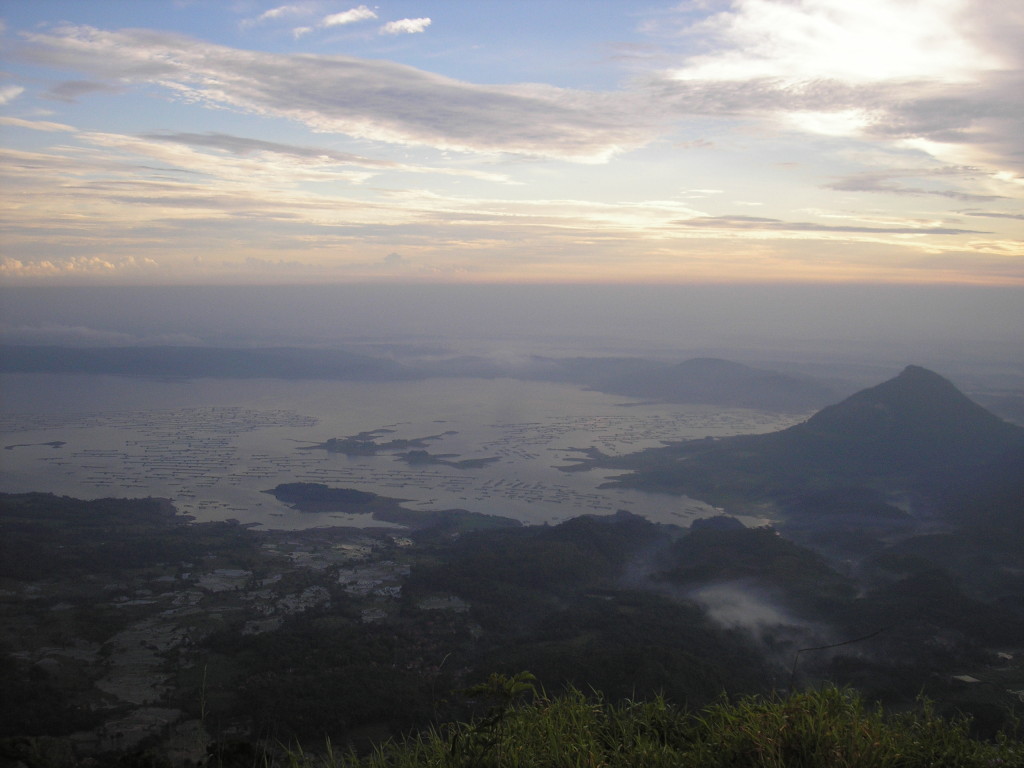 View from the top of Parang

1. Gunung Parang (915m) – ‘Machete Mountain’ is without doubt one of the most distinctive mountains in Java. It is known to Indonesian rock climbers because of its 500 metre vertical granite cliffs! But for hiking it is known only to locals, despite being visible from the Jakarta to Bandung toll road. It’s a steep, short two hour climb and scramble to the ridge of the mountain. Somewhat aptly, the true summit is so overgrown that nobody can reach it without a ‘parang’, but the finest viewpoint is a grassy peak halfway along the knife-edge ridge. From here you will be able to admire the vast Jatiluhur reservoir, neighbouring Gunung Bongkok and the brooding hulk of Gede-Pangrango in the distance. Easily one of the nicest views in West Java but do remember to take lots of water for the steep ascent.

2. Gunung Muria (1602m) – a holy mountain range on the Muria peninsula north-east of Semarang. The true summit – known as Peak 29 (‘songolikur’) – can be reached in just three hours, but it’s actually best to climb at night so you can enjoy first light over Central Java’s giant peaks such as Sindoro and Sumbing. The summit is cluttered with ancient and non-so-ancient monuments and there is even a warung selling gorengan! To get here in a regular weekend you’ll need to take a train to Semarang on the Friday night and head straight on to Kudus on Saturday morning.

3. Rakata (813m) – a very tough island hike. When not in full rock-spewing mode, Rakata’s famous young sibling Anak Krakatau receives visitors on a daily basis. Rakata, however, is only climbed once every couple of years! It is certainly not for beginners as the trail is faint, the jungle dense and the views on the way up are limited. For the very few that do make it to the top and are blessed with good weather, a stunning panorama of nearby islands will reward them. Do take extra care here as the summit ridge is an overgrown 800 metre high cliff-face! This is exactly the sort of hike that could become one of the most popular in Indonesia if enough people used the trail to prevent it from becoming overgrown! 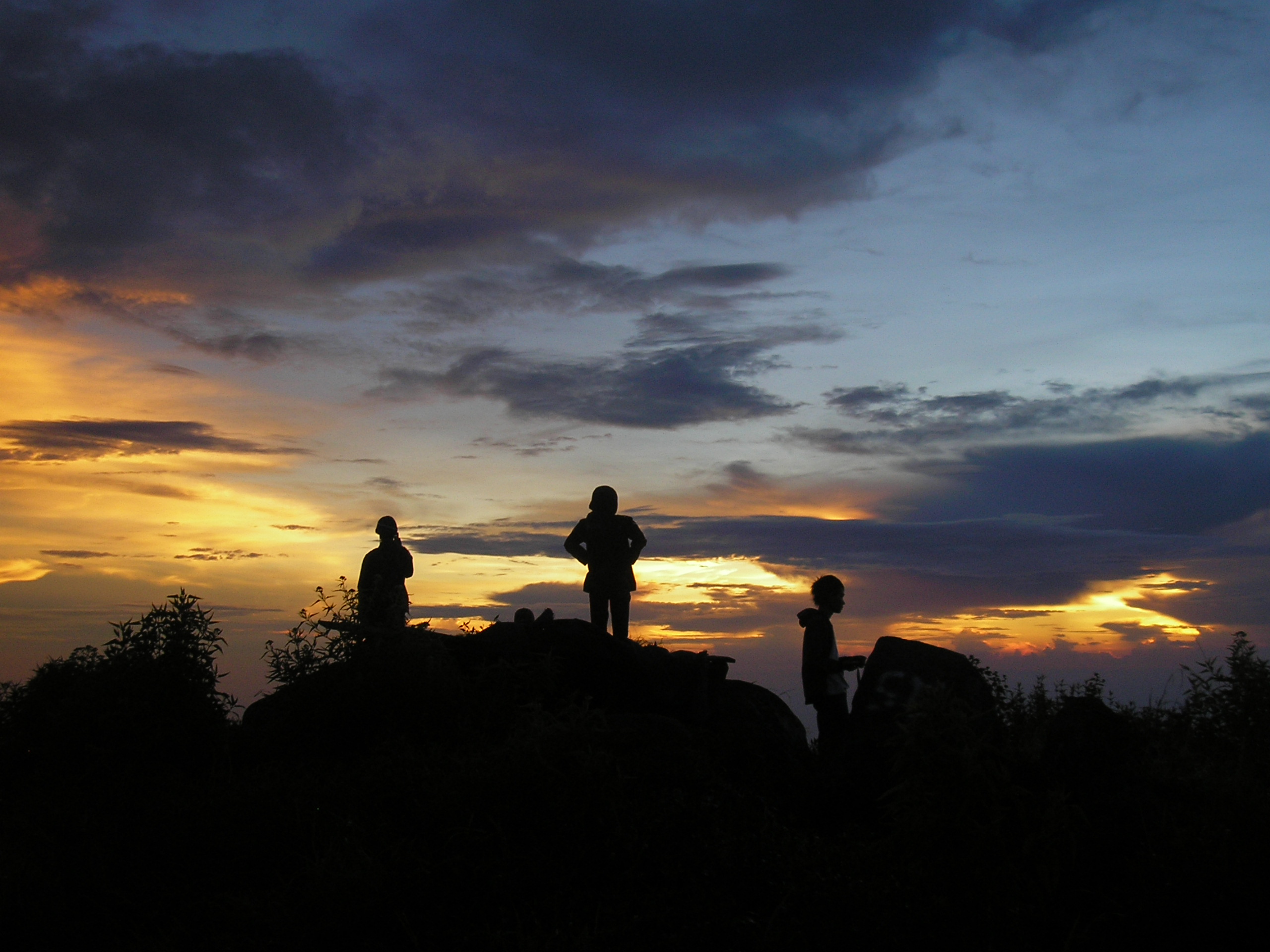 4. Gunung Puntang (2222m) – this mountain is not far south of Bandung at the northern edge of the Malabar range. The area used to be very famous because it was the site of Radio Malabar during colonial times. Some crumbling building ruins can still be found just a 20 minute walk from the Gunung Puntang carpark area, but most of the stones have long gone. Gunung Puntang itself offers fine views over the city of Bandung and surrounding mountains and is a thoroughly pleasant day hike. Ask at the information office for a guide who can lead you up through the forest, beyond Puncak Mega and on to Puntang itself. This is an excellent area for wildlife – especially birds, snakes and – if you are lucky – giant squirrels!

5. Gunung Pulosari (1346m). This is Banten’s most popular peak, but strangely unknown to most outsiders. It’s not far beyond the town of Pandeglang and could even be done as a long daytrip from Jakarta if you set out early enough. Although the active crater and summit ridge are likely to be crowded with local students at weekends, the hike is an easy one and you may even catch a glimpse of the Krakatau islands in the Sunda Strait. Suitable for adventurous families.

How to get involved:

There are lots of tour groups on the internet offering guides to Indonesia’s famous peaks, but most of the time it is much, much cheaper to just arrive at the town nearest to the mountain and find a guide yourself. Not-for-profit expat-led organizations include Java Lava (www.javalavaindonesia.multiply.com), who run monthly hikes to classic mountains and volcanoes across the archipelago, and Gunung Bagging, who put together more obscure expeditions on a regular basis. If you’re brave enough, the Gunung Bagging website (www.gunungbagging.com) also offers enough information to help you arrange your own adventure.