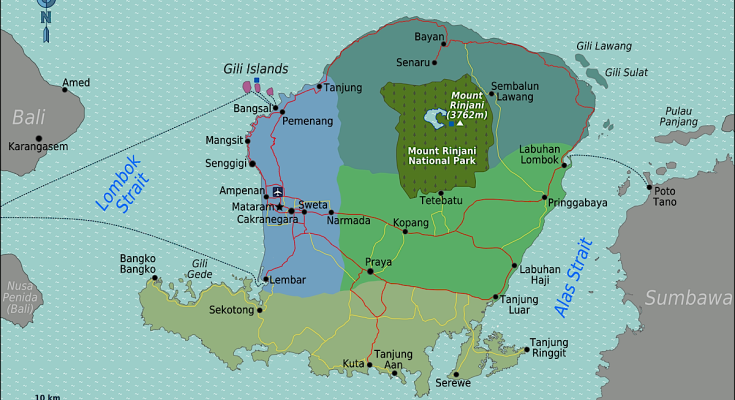 Beautiful Lombok and its rapid transformation 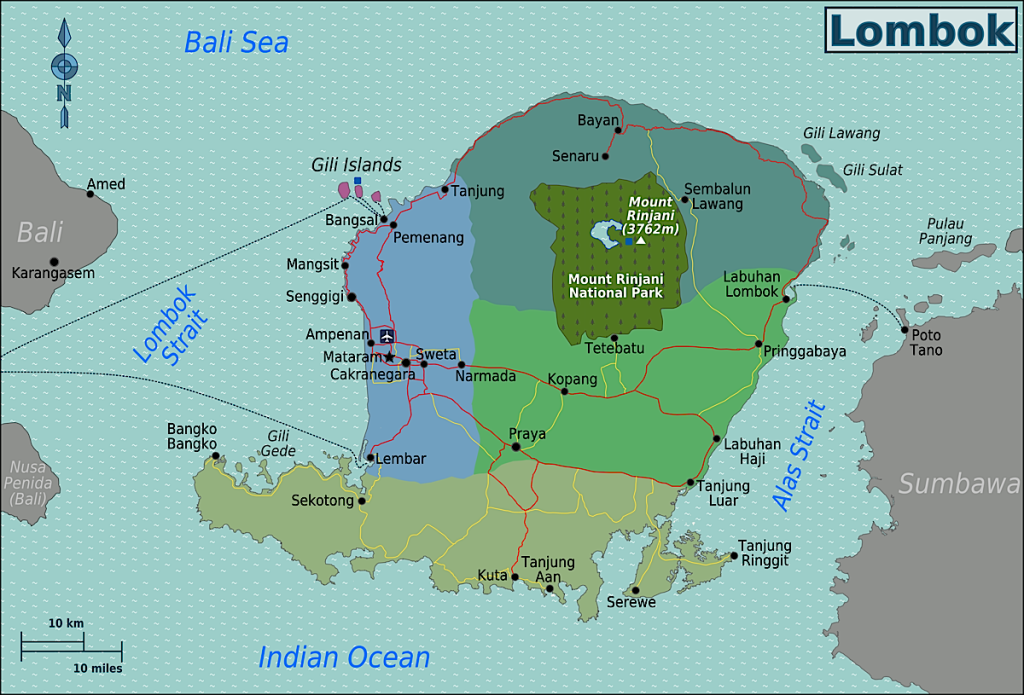 Lombok, nestled in between Bali and Sumbawa

Lombok, nestled between Bali and Sumbawa, is a stunningly beautiful island. It consists of green mountains and highlands, lush and fertile lowlands and countless pristine beaches. Dubbed “the unspoiled Bali” by many travelers, development of Lombok’s tourism industry over the past few years has been dazzling. With the new international airport recently opened and numerous new hotels, Lombok seems ready to become Indonesia’s next top tourist destination. I headed out there to check it out.

On my first trip to Lombok, some five years ago, the island certainly seemed unspoiled. At least to a large extent. Apart from the west coast, large scale tourism could not be found. Lombok’s interior, dotted by small villages and rice fields, was reminiscent of what Bali would have looked like 20 years ago. Although hardly comparable in culture and heritage, Lombok could indeed rival its neighbor’s beauty. But it didn’t have the crowds. As I found out on this trip, it’s quite a different story now. 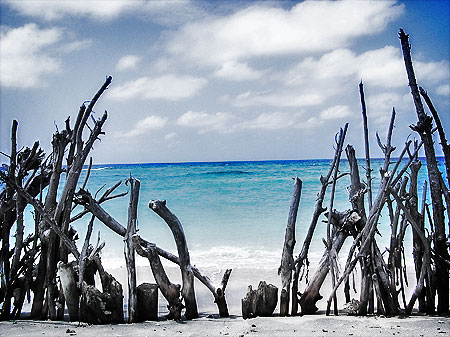 The north beach of Gili Trawangan, By: Riza Nugraha

Coming from Bali, the regular Lombok trip starts from the ramshackle port city of Padangbai on Bali’s East coast. Five years ago, the cheapest way was getting a public ferry across to Lembar (5 hours). Blue Water Express and Gili Cat had just started their fast boat service (1,5 hours) to the Gili’s, 3 tiny coral-fringed islands just of Lombok’s West coast, but prices were high.

Now, there are at least seven other companies to choose from. Competition is fierce and the price of a ticket can vary from 300.000 to 600.000 rupiah (one way), depending on how hard you can bargain. And business is going well: a few hundred tourist arrive here every day to catch a fast boat to the Gili’s (you can choose either one to get off). In the morning, around a dozen boats moor alongside the rickety jetty, fill up with people and speed off. The public ferry that takes 5 hours to get to Lembar on Lombok is still a lot cheaper, but now seems to be the die-hard travel option.

Allthough the Gili islands still attract most visitors, numerous new resorts have opened on the island’s west coast. All the way from Mataram to Senggigi and beyond, the pristine coastline is rapidly being turned into the kind of holiday-paradise known to Bali’s south. The island is undergoing a radical transformation, and there is more on the way. Surely this change brings benefits, but a more important question seems: to what expense? 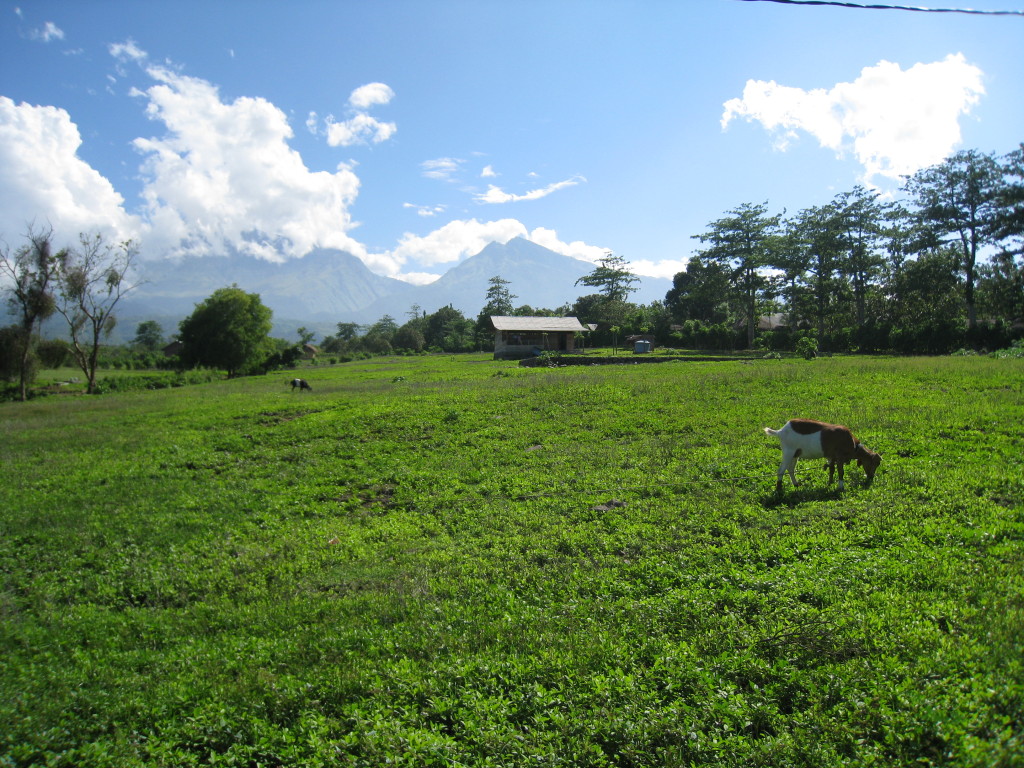 View on Rinjani near Senaru

Visiting Lombok this time, it is hard to imagine that only a decade ago, the island’s modest tourism industry had almost dried up. The Bali bombings and its aftermath had devastating effects. For a while, only few travelers made it here. Within a number of years however, tourists found their way back to the island. And that’s not surprising, since Lombok has an overpowering appeal. The people of Lombok, mostly Sasaks and a Hindu minority around Mataram, are warm and welcoming and the island boasts a number of key attractions.

Of course there is Mount Rinjani, measuring 3,726 m (12,224 ft) and Indonesia’s third highest mountain. Traveling by boat from Bali to the Gili’s, the first thing you’ll see of Lombok is this active volcano, looming over most of the island’s north. Adventurous two or three day treks up a lofty trail to the crater rim depart from Senaru or Sembalun. Prepare for breathtaking views over Lombok. 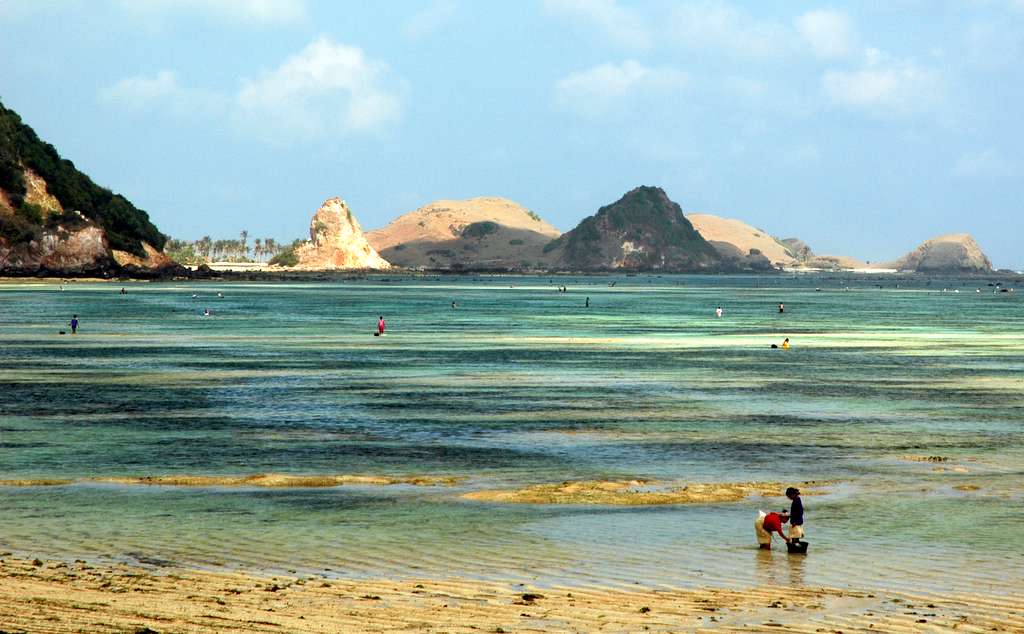 The beach at Kuta Lombok, By: Tanti Ruwani

The main reason travelers head to mainland Lombok however is Kuta, a surfer’s Mecca on the southern coast. The rapid transformation of the island is probably best seen there. A mere five years ago, Kuta was not more than a tranquil beach village with waterbuffalos grazing alongside deserted roads where seaweed was laid out to dry. There were maybe two dozen home stays and restaurants, mostly catering to surfers. Now, that number has at least tripled. Still, it’s mainly surfers you’ll find here, but that’s all about to change soon. 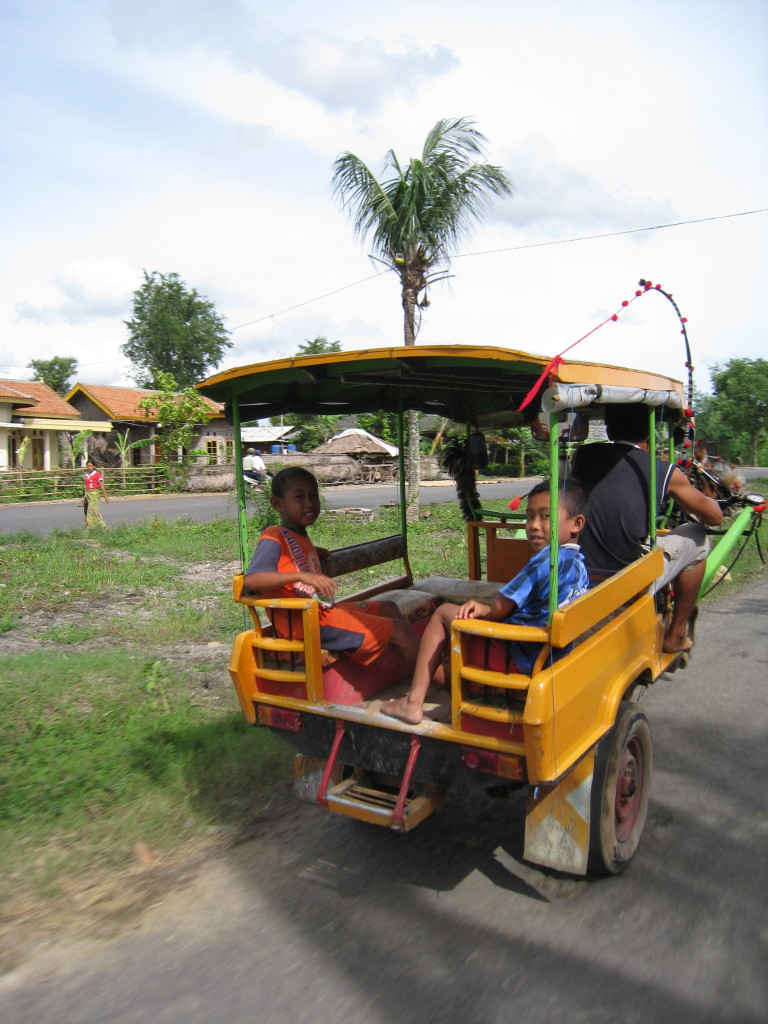 More plans for the future

In 2007, the Indonesian government granted a Dubai developer, Emaar Properties, a $600 million project on the Kuta and nearby Tanjung Aan beaches, including 10 five-star hotels, resorts and golf courses. Part of the deal was a modern international airport would be constructed near Praya, only 20 minutes from the South Coast. Costs: $US 108 million. As of October last year, Lombok International Airport is up and running.

Furthermore, a 20 km long, 4 lane road between Mataram and the airport has been constructed. In other parts of the island, roads are being upgraded and zealous business men are putting everything else in place. Many travel agents, tour guides, restaurants, hotels and car rentals only recently started their businesses. Tourism industry is getting ready for the future.

What will it bring? And what will Lombok look like in another five years? The tourist dollar may bring prosperity, but with it also permanent change. While busily planning new projects, authorities rush to say they have learned from mistakes made on Bali, where large scale projects have scarred parts of the island. “Environmental friendly tourism” and “respect for local traditions” seem to be the key words here. Let’s hope they are right this time.