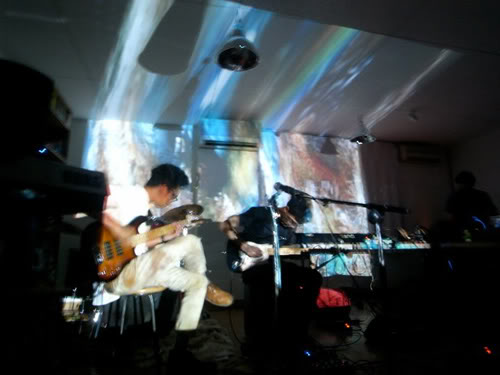 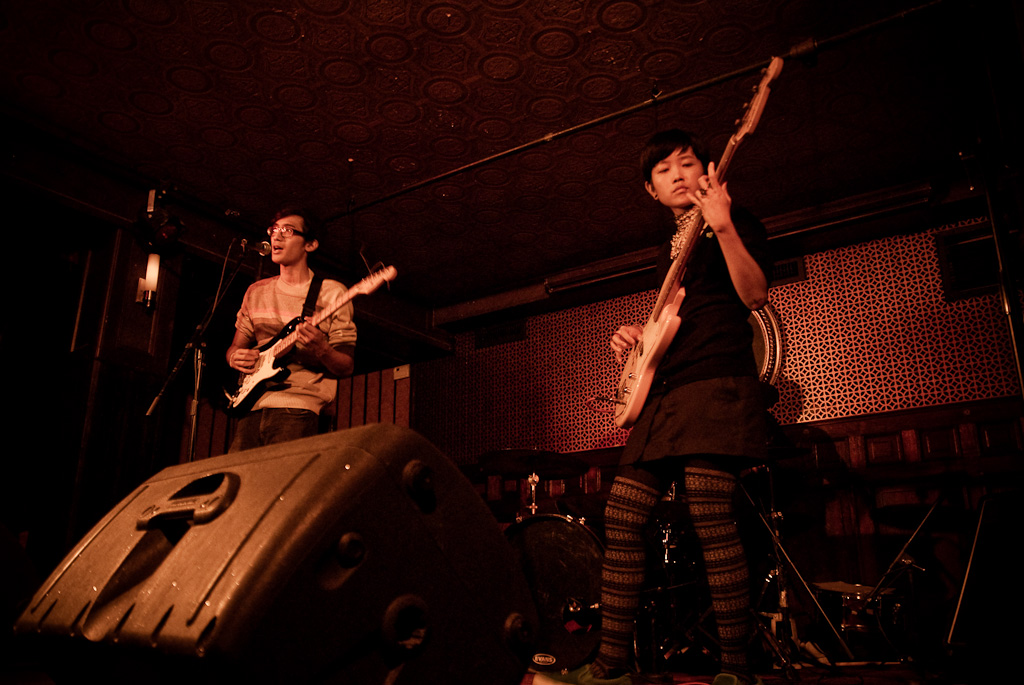 Finally finding something that you’ve been searching for some time (yet always knew existed) can cause quite the adrenaline rush. I recently returned to Jakarta for thirty days, mainly to proceed with my wedding celebrations, but also to burrow my nose deeper into Jakarta’s burgeoning underground music scene I’ve been hearing so much about.

I should perhaps accentuate my happiness at discovering such a thriving scene, as much of the popular music scene in Jakarta reflects much of the mainstream music world – bland, unoriginal, and weak. Yet in my limited time in the capital, I managed to listen to and see performances from quite a few promising bands and solo acts that left me smiling from ear-to-ear. Two of these acts reflect just a couple of the different styles that make up the independent music-making scene in Jakarta; the underground rock based Jirapah and the jazz/electro/hip hop inspired Aryo Adhianto and Space System. Curiously, I saw both of these artists in two very differing events that I shall explain further below.

Jirapah Formed in Brooklyn, New York City, Jirapah consist of Ken Jenie and Mariati Galo, an eccentric and happy Indonesian couple who also happen to like and make psychedelic ambient indie rock music. Despite already gaining a respectable following in Brooklyn, Mr. Jenie only recently relocated to Jakarta and is also starting to be noticed in the independent music scene. I saw Jirapah play a show as part of the uber-hip and staggeringly corporate (yes, overly so) Nylon Festival in Jakarta, and it was one of the much better performances from a mostly standard modern indie rock line-up. This is a video of the duo performing in Brooklyn:

The group, devoid of bassist Mar, had friends acting as session musicians to fill in on drums, bass and rhythm guitar while Ken went through his guitar effect pedals to a great and dreamy (yet at the same time, angry) effect. To get an idea on what they’re all about, click on the Soundcloud player below to sample another Jirapah track.

Also be sure to check their blog at http://jirapah.com/blog/

One of the best performances I witnessed while being in Jakarta was that of Aryo Adhianto, one half of the experimental jazz/electro/funk/house duo that is Space System. The performance was part of Studiorama, a sporadic mini-festival in crammed music studios in South Jakarta run by a collection of artists and writers. Performing under his pseudonym A Fine Tuning Creation, Aryo worked the Roland RD-500 keyboards with a simple piano effect going through re-worked versions of Space System as well as new compositions with stunning beauty. Furthermore, he managed to add hints of Javanese gamelan into his playing, seamlessly blending with the jazz/chamber flavoured music that formed the base of his music, without any hints of corniness. Here you can see them in action:

While already signed to a few European record labels, Aryo and Jonathan ‘Ojon’ Kusuma who make up Space System are also responsible for Space Rec, a Jakarta based do-it-yourself record label that harbour a number of like-minded artists such as Svarghi, Curah Melodia Mandiri and Voyagers of Icarie.

Click on the player below to listen to or download a mixtape I did comprising of Jakarta’s electronica minded artists, most notably Space System.