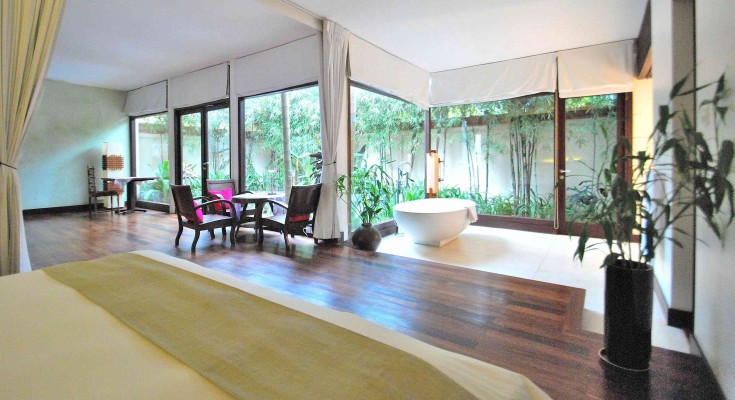 Six of the best: Siem Reap Hotels to make you stay another day…

A recent publicity campaign tried to persuade visitors to Siem Reap and the wonders of Angkor to ‘stay another day’ and invest a little more in the local economy. Most visitors still fly in, visit the ‘Big Three’ of Angkor Wat, Angkor Thom and Ta Prohm, and promptly fly out again. Finding the right hotel can make the decision to stay a day or two more just that little bit easier. Whatever your penchant, whilst far from exhaustive, our list of hotels with a difference provides just a few suggestions that might make you want to linger longer…

French colonial meets art deco at the swish Heritage Suites Hotel. Tucked away in a quiet backwater near the working pagoda of Wat Po Lanka. A vintage Mercedes Benz, once owned by the former King of Cambodia will whisk you away from the airport crowds, spirit you along the quiet roads of the Angkor Archaeological Park and deliver you to your warm and personal welcome at this unassuming member of the exclusive Relais and Chateaux Group. The hotel’s twenty large, sumptuous and very private suites are complemented by just six rooms – built originally for guests’ cooks, pilots, chauffeurs and nannies…Live weekly jazz in the elegant galleried lounge is just one of the many little touches that make this hotel special. Rooms from $145, suites from $245.

Bed with a view: Executive suite at The Heritage Suites Hotel, By: Simon Hare

For a suite with a more urban vibe, try the Karavansara Retreat and Residences which offers contemporary rooms plus 1, 2 and 3 bedroom suites overlooking the river, and comes with two rooftop pools. Watch saffron-clad monks come and go from your generous balcony, or if you need a spot of de-stressing you can join the hotel’s own weekly Buddhist meditation session. Suites from $128.

2 Siem Reap Hotels with a Heart

As one of the world’s poorest countries, Cambodia breaks many hearts and leaves visitors wanting to leave something positive behind. Many hotels have very enlightened attitudes to staff wellbeing, often paying for their healthcare, education and so on, and some actively give support and funding to local NGOs.

The Soria Moria Boutique Hotel in the up-and-coming Wat Bo area of town was recently named as a finalist in the 2012 Tourism for Tomorrow awards in recognition of its support for various local causes. As well as its charitable work this popular hotel’s great location, just a ten minute walk from the old market area, its romantic rooftop terrace, weekly bar and restaurant promotions and bright ensuite air-con rooms make it a great choice. Twin Rooms from $50.

For those on a budget, the Rosy Guest House has rooms from just $8 a night. But low rates do not stop the nice people at this friendly riverside guest house from doing their bit too. The bar-restaurant not only offers a huge choice of comfort foods for the weary traveller but also sells a range of products made by local social enterprises, and postcards made by children at a local free art school. You can hire one of the town’s trademark ‘white bicycles’, proceeds of which go to a local NGO, and 20 cents from every large bottle of mineral water sold here is donated to a clean water project. Once a month teams battle it out in a friendly charity quiz, complete with a host of seriously good raffle prizes.

3 Pretty as a Picture

Temple Town wears its art on its sleeve with galleries, art cafes, an art deli and a world renowned annual photo festival. It’s hardly surprising with so much visual inspiration around. Siem Reap also boasts a clutch of art hotels for those who like to surround themselves with objects of beauty.

The Alliance Boutique Villa, just five minutes’ walk from The Old Market is a hotel-cum-gallery with paintings adorning its walls and sculpture filling its open spaces. The Alliance also stages traditional puppet theatre and the shady poolside restaurant offers traditional Khmer tasting menus from $14 a head. Rooms start at $85. 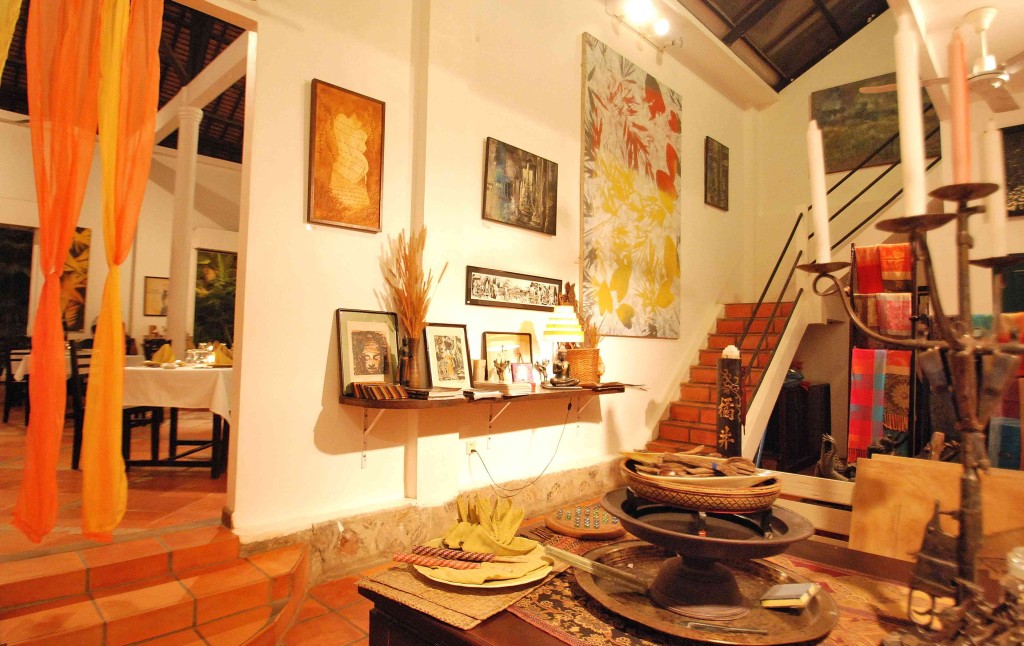 The riverside 1961 Hotel takes art beyond the realms of a theme to create a hotel that literally has art at its heart. Funky rooms pay homage to various art movements, from the ‘Norodom’, based on the Cambodian King Father’s fascination with film-making to ‘The Kennedy’ which celebrates the 60s kitch of American pop art. Guest are invited to contribute to the 1961 Hotel’s body of work on blank canvases and white spaces left in their rooms, or can interact with visiting artists as they mount one of the monthly exhibitions hosted here. Rooms start at just $30. Check their Facebook page for more info.

If photography is your passion, then resident British photographer Peter Oxley could be the man for you. Peter not only runs photo tours of the countryside and villages surrounding Siem Reap, but is also co-owns a boutique hotel with former magazine editor Virgil Calaguian. Peter’s photo tours all finish with refreshments and a group critique session at The Cockatoo Nature Resort, their nine-roomed hotel which occupies a traditional Khmer house surrounded by lush gardens. Even if photography is not your thing, Peter and Virgil’s hospitality is legend and it’s worth staying just for the warm welcome and witty banter. Double rooms from $55.

All the big hotels boast impressively manicured gardens but if you are looking for something a little more intimate, and a little less corporate then Siem Reap caters for you too. 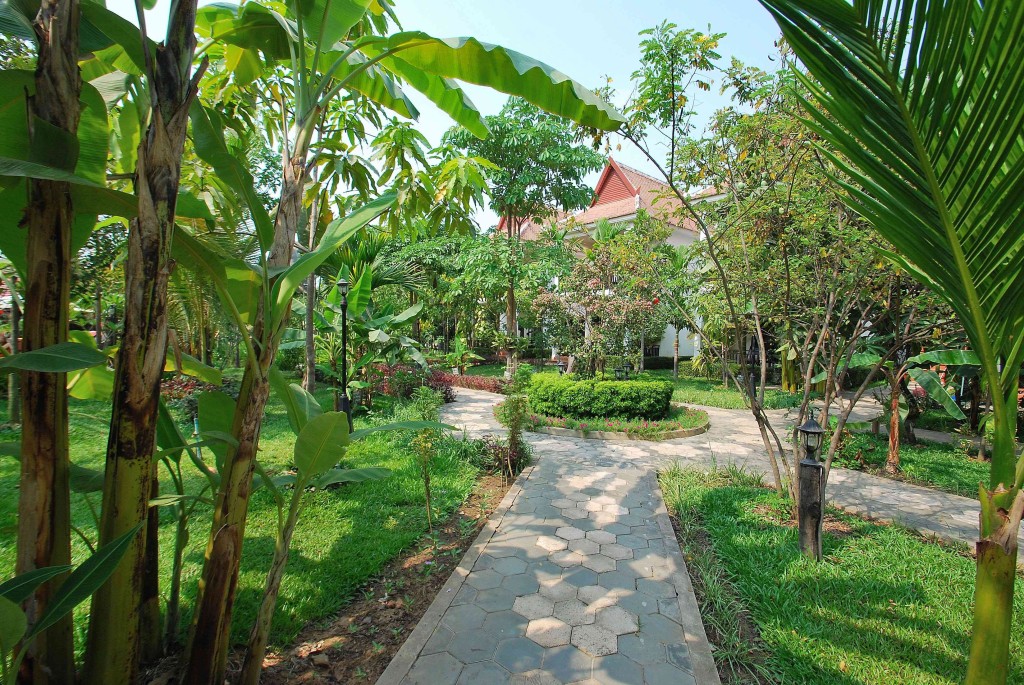 Garden of delights: The Sonalong Boutique Village's garden is a haven for butterflies and birds

The Sonalong Boutique Village is a little nature lover’s paradise, hidden up a quiet lane off trendy Wat Bo Road and less than fifteen minutes’ walk from the centre of town. The beautifully tended garden is home to myriad architectural, ornamental and edible plants and trees, from mangoes to bananas and fragrant frangipani to iconic lotus blossom. The gardens are a haven for butterflies and songbirds, quite a rarity in these parts thanks to decades of food shortages. A saltwater pool, with sun loungers, day beds and shady cabanas completes this garden idyll. Rooms from $65 in high season.

The River Garden Hotel at the opposite end of town also offers a fine tropical garden to complement its traditional Khmer-style buildings. Often described as ‘an oasis of calm’ in this buzzing little city the gardens here are another haven for birds and butterflies, as well as temple-weary travellers. The River Garden offers cooking classes, street food tours and even painting tours. It also does amazing home baked cakes and pastries. In fact, it does a bit of everything…Rooms from $45.

Given that modern day Siem Reap owes its entire economic survival to the architectural leviathans of Angkor, it is only fitting that the town’s hotels should feature the odd architectural gem too. First up, the Siem Reap branch of the ‘Foreign Correspondents Club’. Known as the FCC Angkor this sleek and chic boutique hotel sits in a quiet location on the riverside, housed in a modernist-art deco former French Ambassador’s holiday residence. Rooms from $135.

If you are looking for something with a more Khmer influence, then The Angkor Village could be right up your street. This beautiful resort hotel is a comparative old timer in Siem Reap terms having been built by French architect Olivier Piot and his Khmer wife Vatthi back on 1995, when Temple Town was little more than a village. Traditional low-rise buildings of local hardwood with palm-leaf and tile roofs are spread around lush gardens in a layout inspired by Buddhist pagodas. Thirty-eight deluxe rooms and four huge 120 square metre suites enjoy all the usual benefits of a modern luxury resort. Prices from $169. 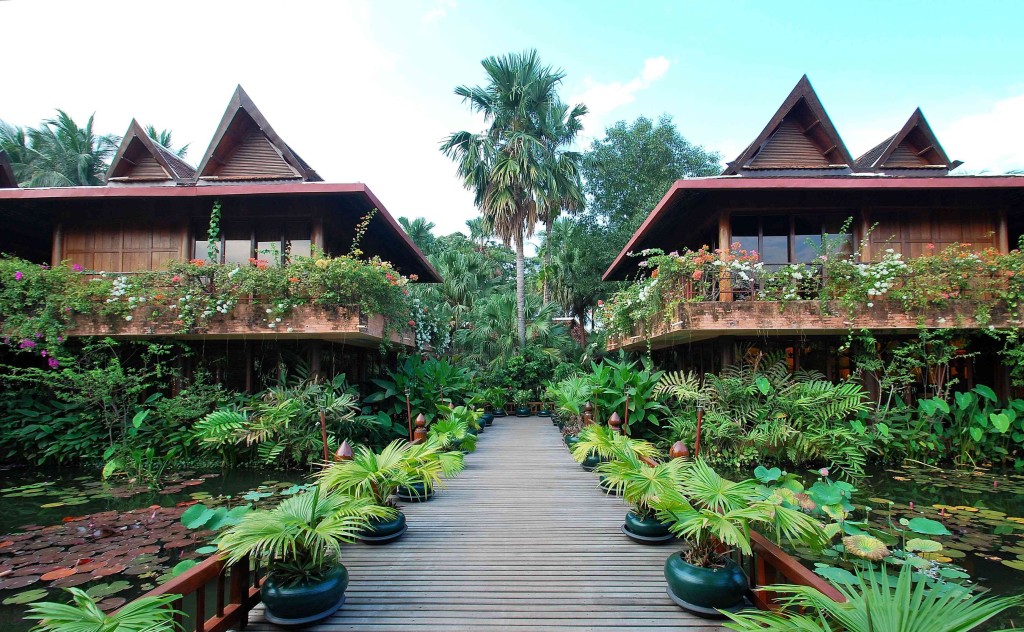 6 And now for Something Completely Different

If you are the type of person that hates having to queue at the breakfast buffet or fight for a sun lounger, then what better solution than a hotel where you are guaranteed to be the ONLY guest? The One Hotel Angkor is just that. Enter reception from ‘Pub Street Alley’ with it restaurants, bars, boutiques and stalls, and climb to your exclusive hideaway. A huge curved wooden sleeping platform dominates the bedroom, and conceals the urban cool ensuite with rainforest shower and a sunken bath just big enough for two. Up another flight of stairs is your own private roof terrace with Jacuzzi, day bed, and a table and chairs where your staff will serve you breakfast. More different from the daily breakfast buffet scramble you could not get. Prices from $285.

Wanna be alone? The One Hotel is spot on for privacy seekers, By: Simon Hare

Please note: Many hotels will offer discounts for long stays and in low season, so always enquire.