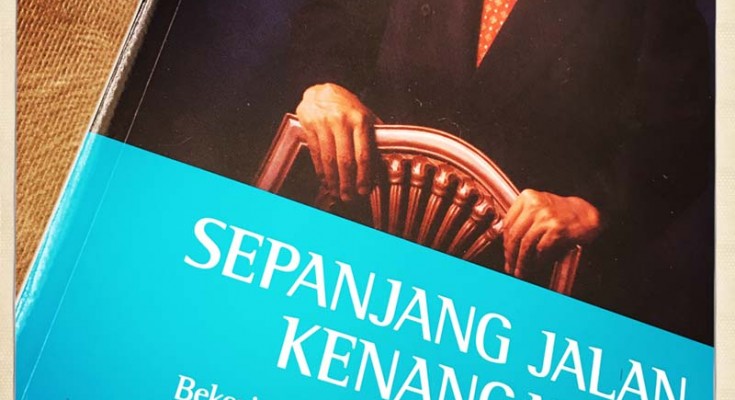 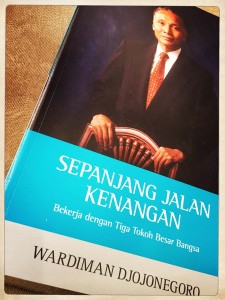 The words of Wardiman Djojonegoro reveal Indonesian history the way only a man who worked alongside Suharto, Ali Sadikin and B.J. Habibie can. The modest 74-year-old (now 82-year-old), a former education minister and current foundation chairman at the Habibie Center, recalls the younger days of a “big village” Jakarta and says it was the country’s third president who taught him the keys to national development”. That was what Peter Zack, a reporter for the Jakarta Globe, wrote on 18 April 2009.

In his recently published memoir, Sepanjang Jalan Kenangan (Jakarta: KPG, 2016), Wardiman took time to take a walk down memory lane to tell us about his life and career as well as sharing his thoughts on his lifetime’s work, the secrets of how to age gracefully and the future of Indonesian education. If the book has a motto, it can be best summed up by Wardiman’s answer to an SMP student who had asked the former Minister about the key to his lifetime success:”wherever you are placed, do your best!”.

Working under Ali Sadikin, the legendary Governor of Jakarta (1966-1977), Wardiman describes how in his words an outspoken and “rough diamond” Marine General had sufficient vision and skills to transform the “Big Village of Jakarta” into a blooming Metropolis.

In the process of this remarkable metamorphosis, the blunt General, guided by his passion of relieving the plight of the capital’s poorest citizens, began improving public services and pioneering innovative city improvements.  He improved the quality of life in urban neighborhoods with his kampong improvement program and was prepared to face controversy by legalizing gambling and widening roads without compensation. Despite his controversial reforms, Sadikin was a popular Governor. Wardiman had a privileged perspective on the Marine General’s Governorship. During his City Hall career, Wardiman served as Executive Secretary to the Governor. This involved him in key decision-making processes. He was also involved in hands-on administration. Amongst his many responsibilities were the development of the city’s museums, the computerization of the City administration, and reform of the City’s Statistical Bureau.