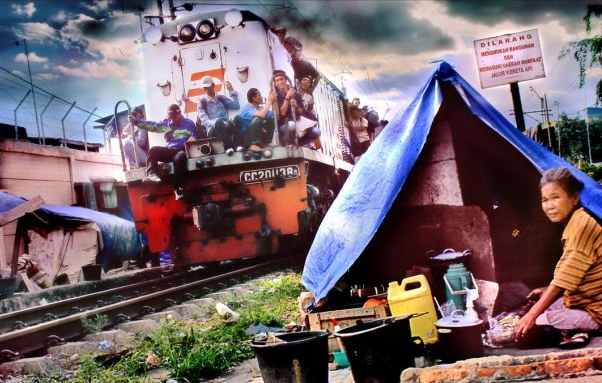 Since we started our Transport Transport Photo Contest, candidates have been trickling in steadily. In this first update we’ll show you the entries so far and how to vote for your favorite. Wanna have a shot at winning? The contest runs until October 15, so don’t wait and enter your pics now! Read everything about the prizes, rules and how to join the Latitudes 2011 Photo Contest.

The first contender is Robby Darmawan with his colorful collage like image of a train and railtrackside citydwellers:

Frans Ari Prasetyo tried a different tactic and entered three different pictures. The first one is of a lady with a bicycle on Nias island. Check out the fish hanging on the back: 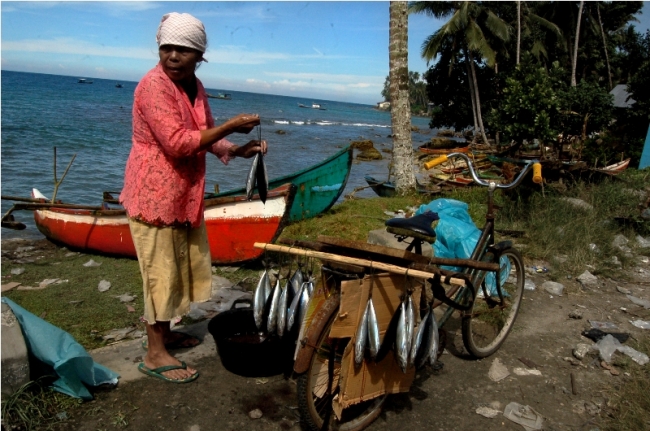 His second photo depicts a becak going on a ferry, in effect embodying our theme Transport, Transport: 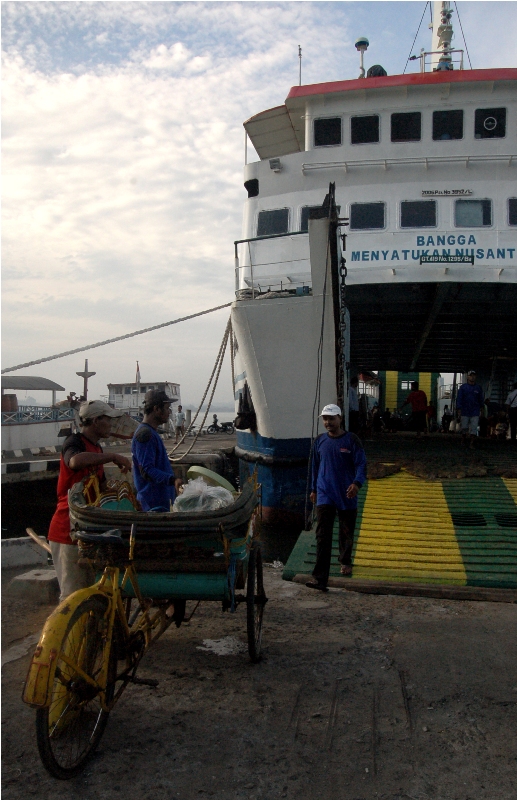 His last entry was taken in Penang, Malaysia and depicts a motorcycle: 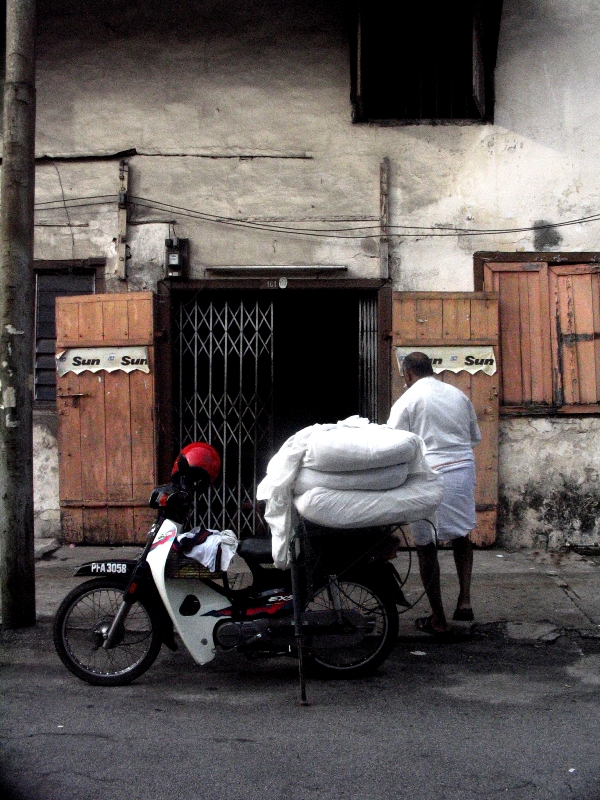 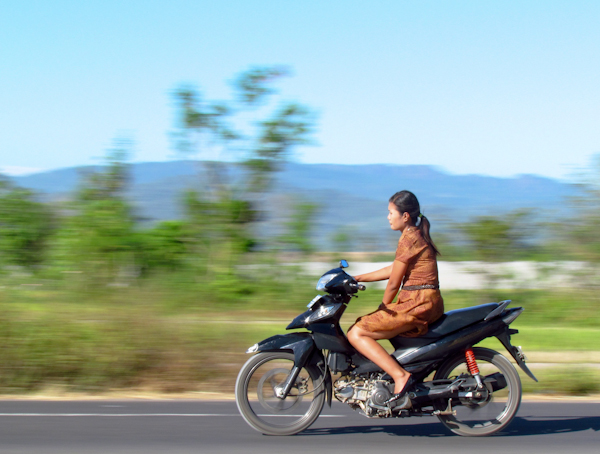 Putri Fitria’s image of Yogyakarta covered in volcanic ash (as a result of the eruption of the Merapi in 2010) is dramatic and strong: 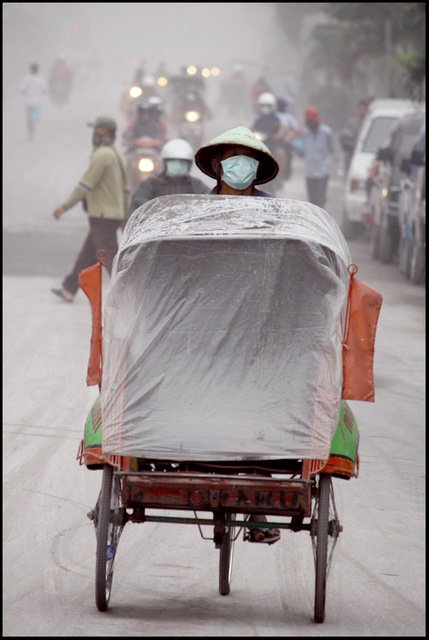 Becak..becak..save me from the ashes! By: Putri Fitria

Haryo Canggih Wicaksono also hails from Yogyakarta, but shows us a lighter side of life, with this great shot of some skateboarders cruising the city: 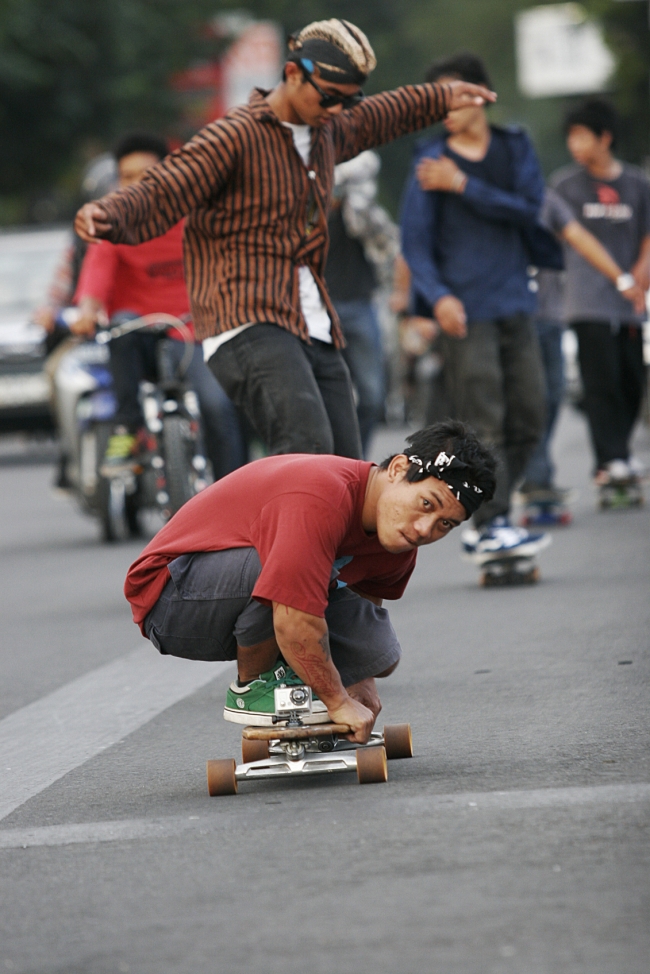 Skateboarding as a means of transportation, By: Haryo Canggih Wicaksono

Another contender from Yogyakarta is Mohtar Arifin, with this beautifully lit shot taken on Gili Trawangan near Lombok:

Zoilus Sitepu sent in no less than 4 photos, all outstanding images. The first one is of a hot air balloon festival in Bogor West-Java: 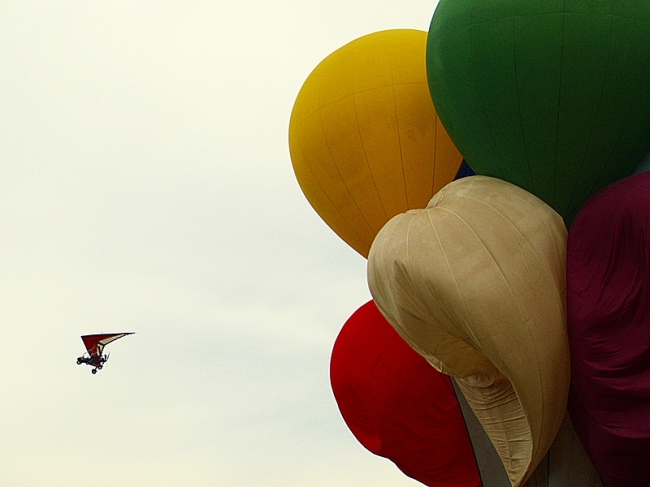 The second picture Zoilus sent us is an awesome and original panning shot: 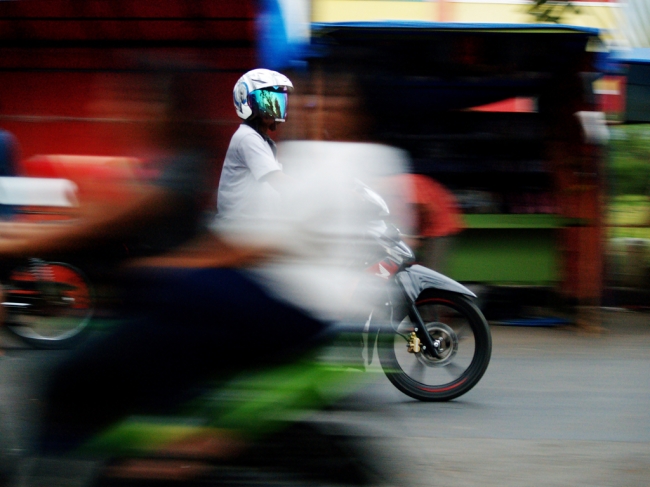 His third and forth shot are more traditional, but nonetheless striking: 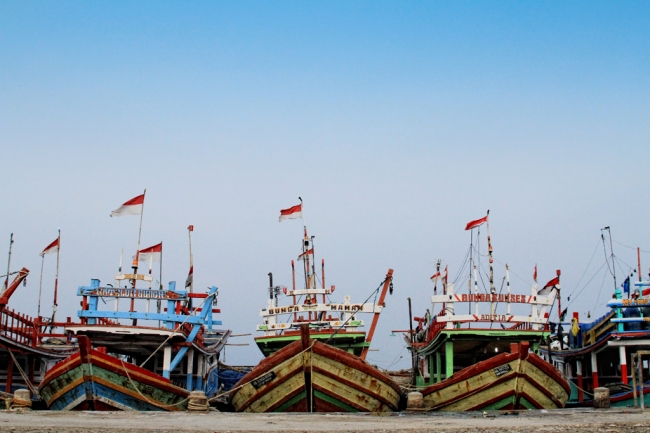 At a local fish market, Lempasing, Lampung, By: Zoilus Sitepu 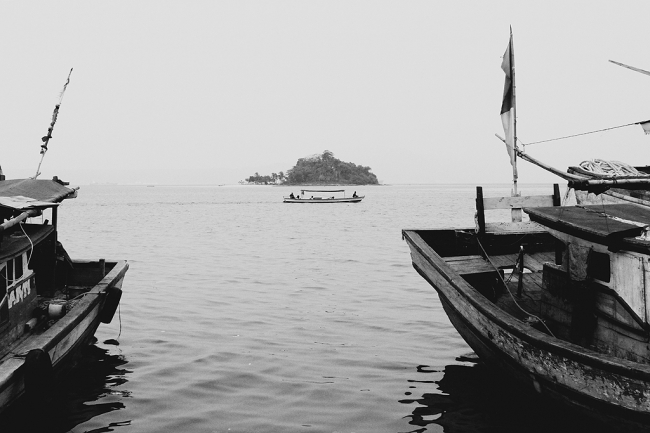 At a local fish market, Lempasing, Lampung, By: Zoilus Sitepu

The photo of Felix Goenadhi has a story to tell: Both of the people depicted are from a low class. The lady has polio, that’s why she’s in the “wheelchair”, and the gentleman in the picture is her husband. His leg is injured, which makes it difficult for him to push the chair. 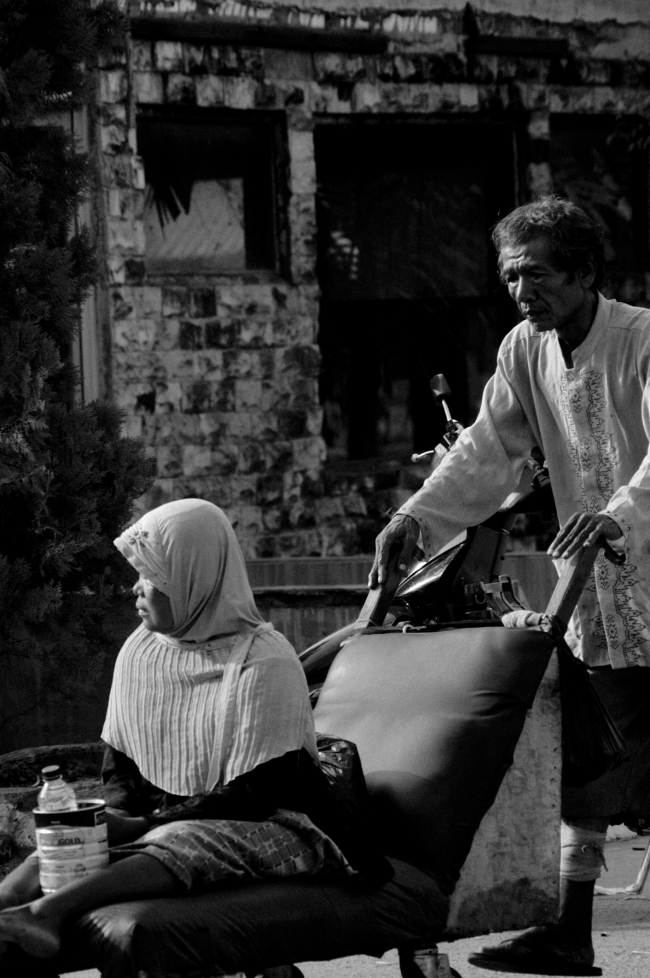 Vote for your favorite by clicking on the photo of your choice and clicking ‘like’ or adding a comment. As you can see, after these first few days only 14 people have entered the competition. You know what that means…all the more chance at winning, so don’t wait any longer and join the competition!