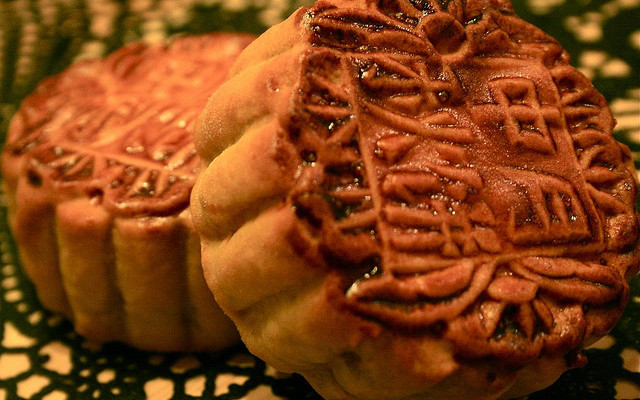 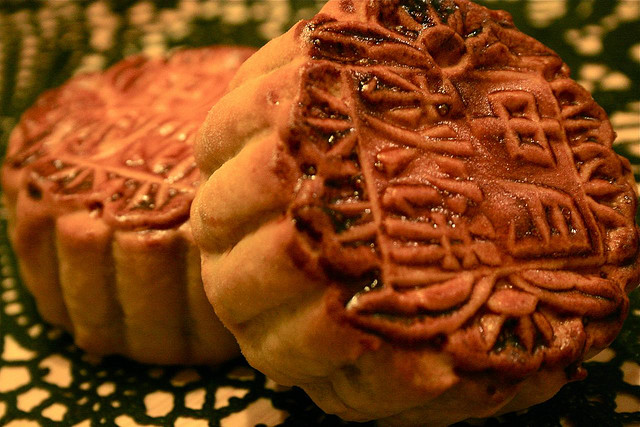 Because the traditional food of this festival is the mooncake (of which there are many varieties, in countries like the Philippines, Malaysia and Singapore), this festival is better known as the Mooncake Festival. Weeks before the celebration of the day, mooncakes are baked and sold in bakeries and supermarkets. They are usually round, but rectangular shaped pastries also exist, measuring about 10 cm in diameter and 4-5 cm thick. The moon cake traditionally consists of a dense filling made from lotus seed paste and it may also consist yolks from salted duck eggs in its center to symbolise the full moon. Nowadays, other filling such as peanuts and cheese are also popular.

Mooncakes are usually given to friends and members of the family while celebrating the festival together and admiring the beautiful moon. Take a look at this video to see the mooncake mania that erupts every year:

The celebration of the Mid-Autumn Festival goes with many other customs such as lighting lanterns in parks and on high points such as roofs, trees, towers and tower buildings. This is a custom in Hong Kong, Singapore and Malaysia. In Taiwan, unlike in other countries, instead of consuming mooncakes barbecueing meat outdoors is the way to celebrate the Mid-Autumn Festival. 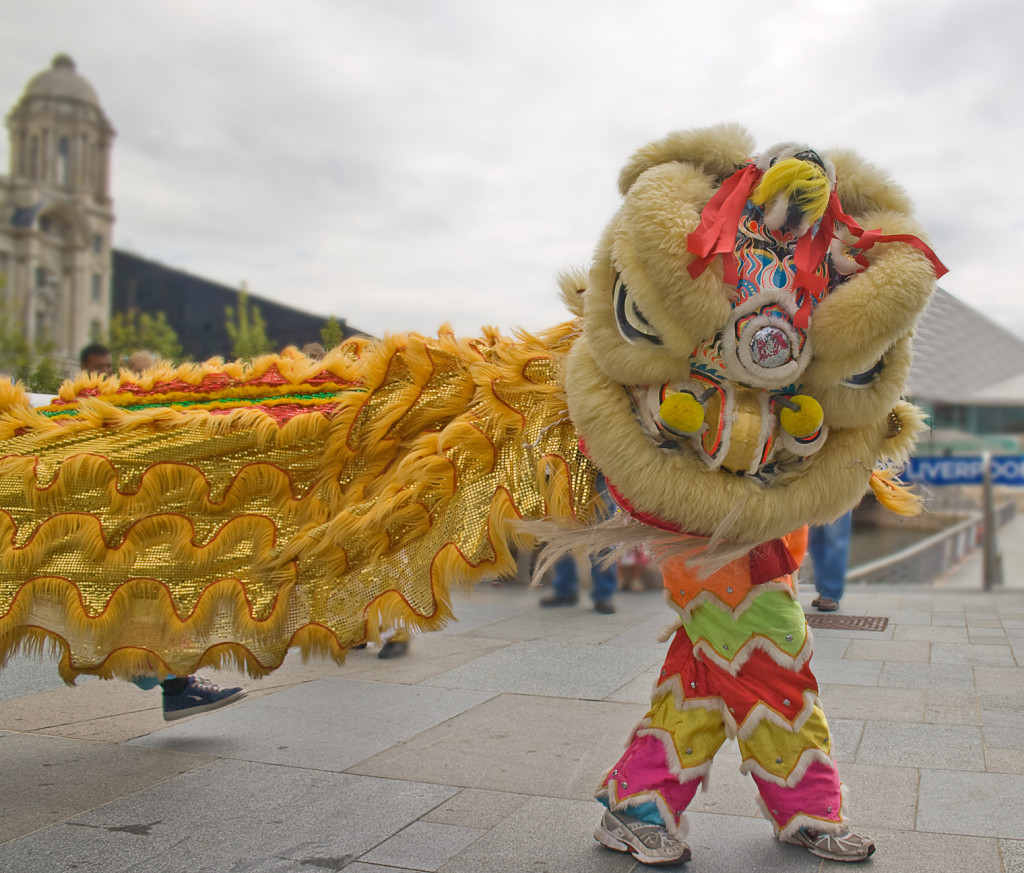 In Vietnam the celebration of the festival is usually accompanied with lion dances on the streets, performed by trained professional groups as well as by children groups. The groups go from house to house to wish the owners of the house good luck and fortune, while the owners give lucky money to show their gratitude.