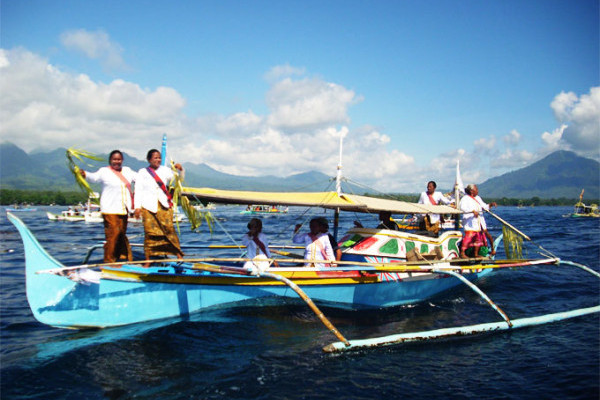 A group of women stand in a moving boat, dancing to traditional beats from a distant loudspeaker. They are all over 40 years old — one is in her late 60s. Every once in a while, they cry the distinct changa shriek: “Aheeheeheeheey!” 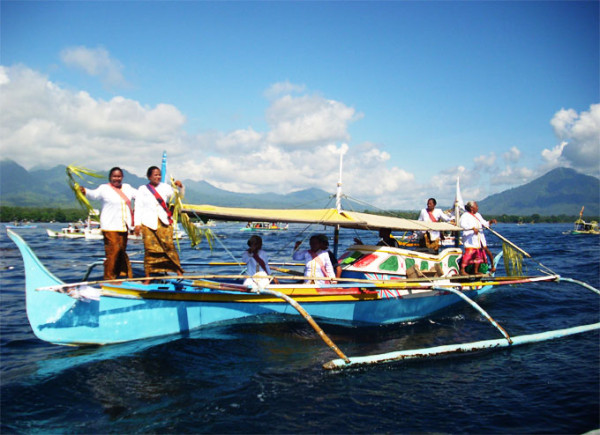 "Aheeheeheeheey!" Dancing on a boat, By: Travel Junkie Indonesia

I met them many times in Tobelo, the capital of North Halmahera District in North Maluku Province. Every time I saw them, they were dancing and shouting energetically, only to stop when the music died. The ladies are part of a traditional art performance group named Gumi Guraci, whose headquarters are called Dabiloha and located near Tanjung Pilawang Beach. During my stay in town, nights of partying took place at this beachside venue.

The people of Maluku are known for their love of music. In Tobelo, the evidence can easily be seen along its streets. As you navigate around town and the surrounding villages, either by angkot (public minivan) or bentor (basically a motorcycle pushing two extra seats up front), you would see loudspeakers piled on top of each other on many terraces. Most of the cars and minivans here are also equipped with state-of-the-art sound systems.

The people of Tobelo are proud to call themselves descendants of changa, or pirates. Although the kings and queens of the waters, coasts, and nearby isles did not use loudspeakers back in their time, their offsprings get the principle of partying right: as loud as possible. So loud are these parties, a local told me that at certain happenings such as weddings or a Christmas party, the ill and the elderly will be moved away to a quieter environment, just in case. 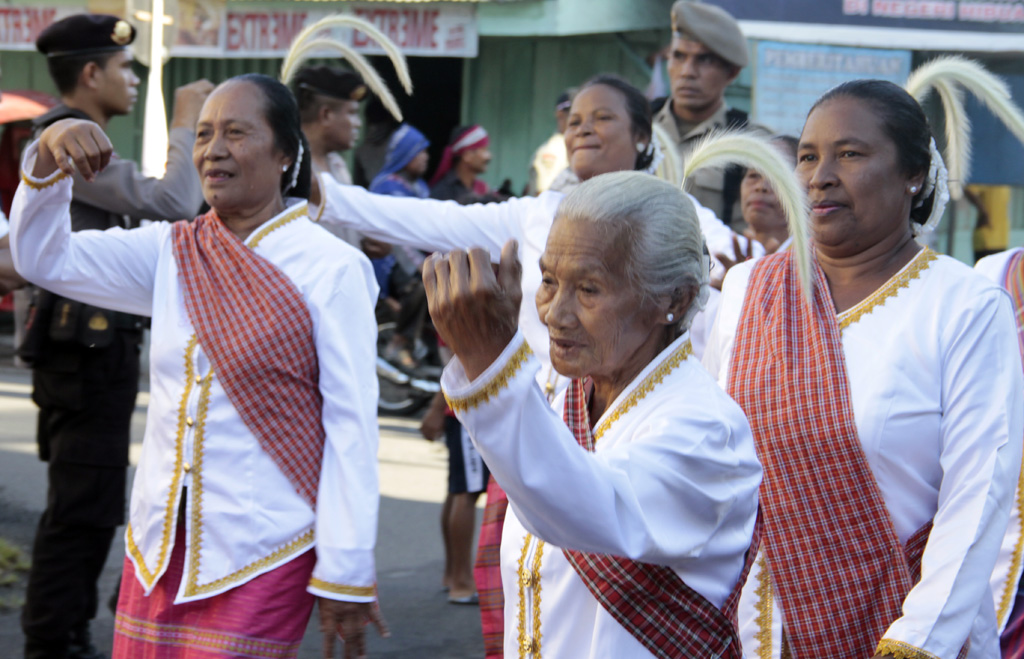 Although the pirate ancestors are said to be fond of stealing and slaying (preferably by decapitation), blood drinking, and girl snatching, the descendants seemed courteous enough as to bow and extend a hand to ask the girls to dance at a party. And what’s partying like pirates without booze? Which is why Tobelo has sagero, a sweet-and-sour, fermented palm wine usually served from a large bamboo trunk. Ferment it long enough and you will end up with the even stronger cap tikus. Either way, they make for a great accompaniment for baronggeng, the local term for all-night dancing.

One of the most famous traditional dances from Maluku is called cakalele. In Tobelo, the lively war dance, now performed during traditional ceremonies or when welcoming important guests, is very well preserved and even children know the cues for tossing the sword and spear in one hand while holding the salawaku or wooden shield in the other. Another Maluku dance that I got to watch in Tobelo was the katreji, whose music and movements were heavily influenced by Dutch culture. 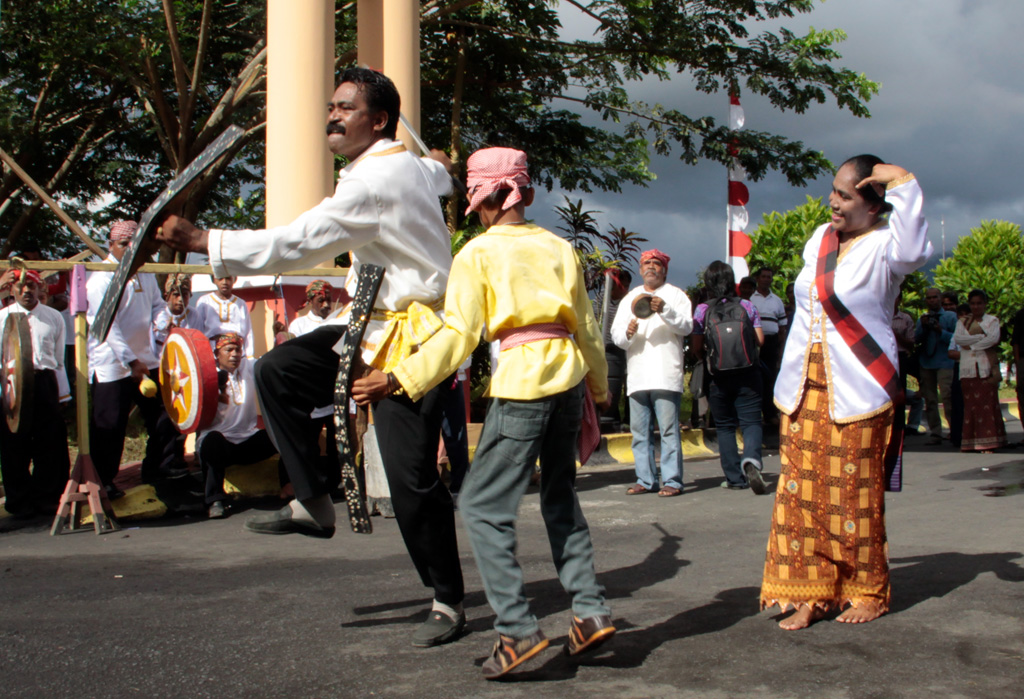 If you are into a more modern form of entertainment, Tobelo has several night clubs. In fact, the well-off from the more urbanized yet rather conservative island of Ternate, located off of Halmahera’s western shores, come to Tobelo to spend their money at one of these clubs — so I was told.

It was at Zook — its name and sign reminiscent of Southeast Asia’s famous dance club Zouk — that I realized how people in Tobelo appreciate those who are not averse to singing and dancing in public. One night, out of spontaneity, some friends and I performed on Zook’s stage. Afterward, several locals approached us and, in an awkward but warm gesture, shook our hands and said thanks.

If you are not into dancing and singing at all, Tobelo’s beaches, especially on the nearby isles, make for an unforgettable swimming, snorkeling, and diving experience. Renting a motored boat at Rp150,000 for half a day brought us to Kumo, Kakara, and Tagalaya islands, each within a 30-minute’s reach from Tobelo’s ports. In the neighboring subdistrict of Galela, a drive past coconut and nutmeg plantations will bring you to the Mamuya Hotsprings on the valley between Mamuya and Dukono mountains. 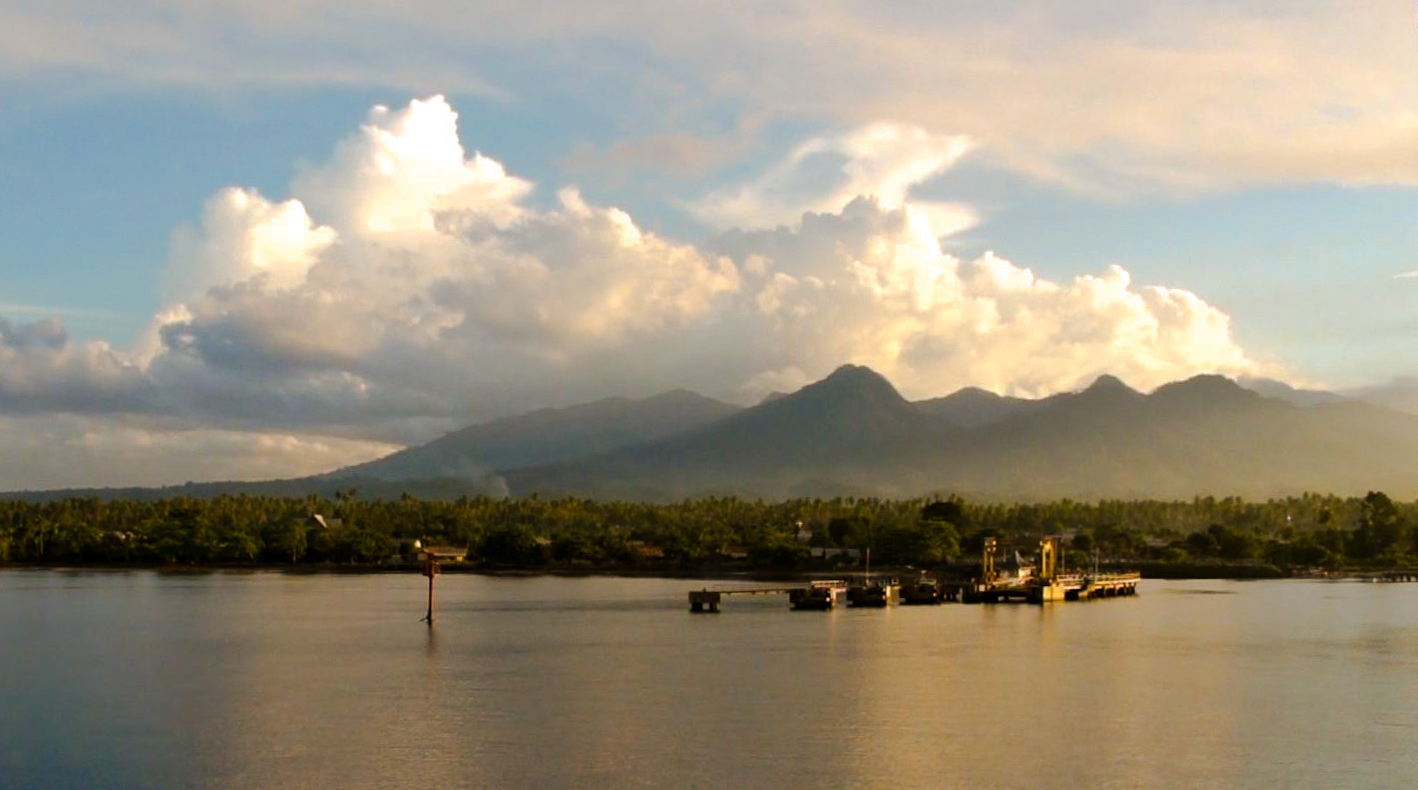 Welcome to Tobelo, By: Rahung Nasution

It is also in Galela, as well as in Kao and Malifut, that you can visit the remains of World War II, such as cannons, bunkers, runways, as well as the wreckage of airplanes and ships. Back downtown, visit the octagon-shaped Hibua Lamo, meaning “great house,” which stands as a reminder that the people of Tobelo are all family. The traditional house was built after the people agreed to put aside the differences that triggered the violent 1999 Maluku conflict, and to finally live in peace. The magnificent district headquarters are also octagonal in shape, a symbol of the people’s welcoming attitude toward visitors from any of the eight wind points. 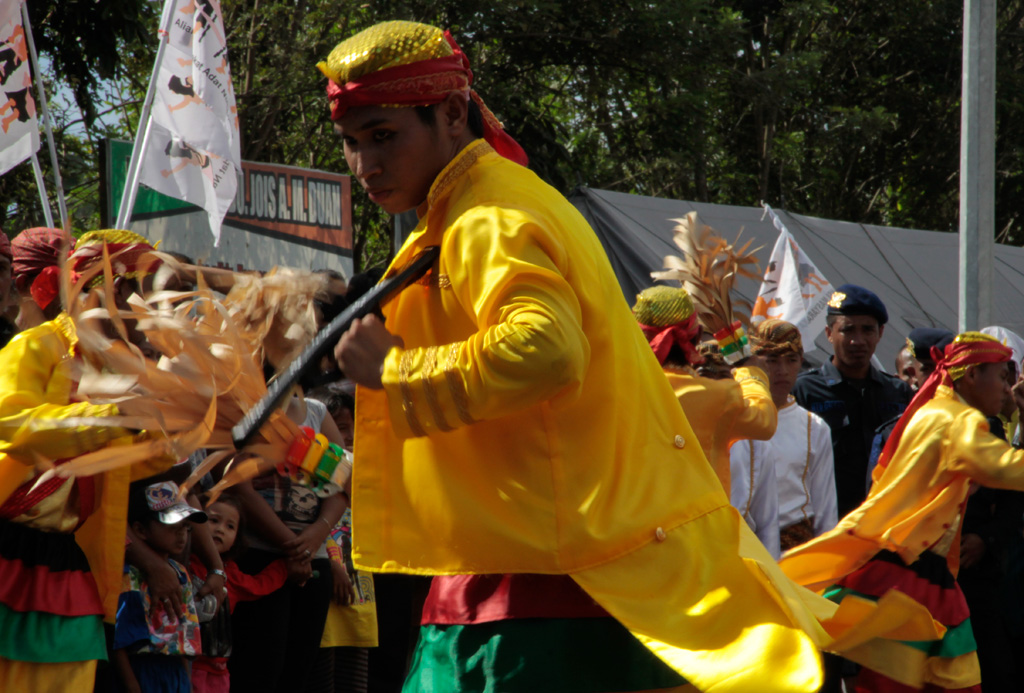 Ternate’s Babullah Airport is the main gateway to North Maluku. To get to Tobelo, hop on a ferry or speedboat from one of Ternate’s ports to Sofifi on Halmahera’s western coast. From here, a taksi, which is a regular car functioning as a public transport, will take you on a four-hour trip through the generally smooth but snaky Trans-Halmahera road to Tobelo. Most of Tobelo’s hotels are available downtown near the market area.

Once in town, it is urged that you acquaint yourselves with the friendly locals in order to find the right company to enjoy nights of partying, pirate-style.