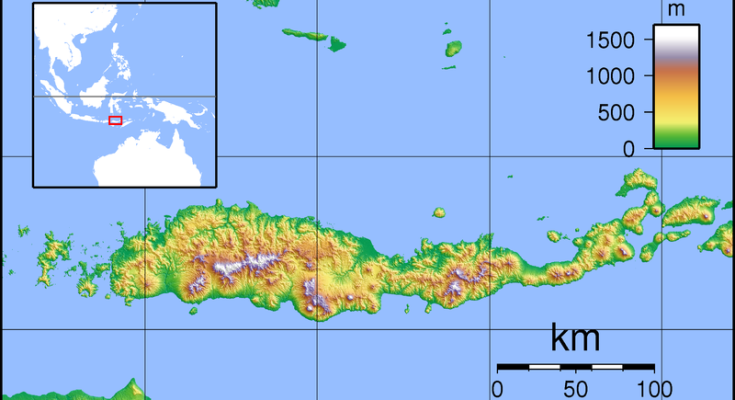 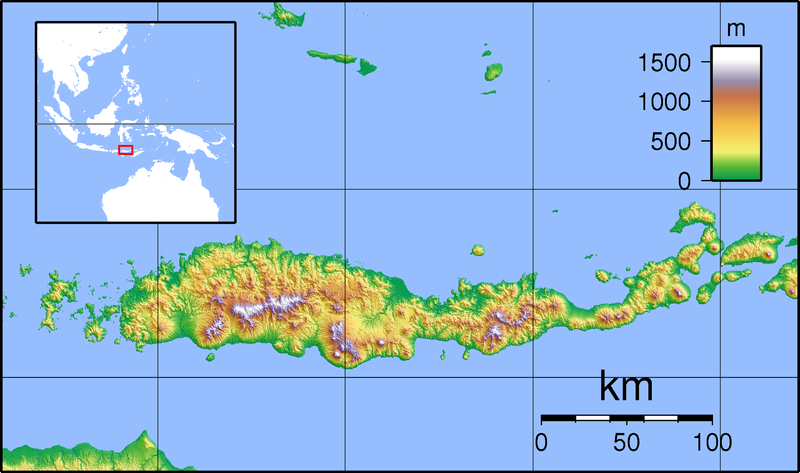 Kelimutu is a volcano on the island of Flores. At 1,640 meters above sea level, the mountain forms the highest point on the island; Its main attractions are the three colored crater lakes: Tiwu Ata Mbupu (Lake of Old People) is usually blue and is the westernmost of the three lakes. Tiwu Nuwa Muri Koo Fai (Lake of Young Men and Maidens) is usually green, while Tiwu Ata Polo (Bewitched or Enchanted Lake) is reddish in color. The color of the lakes changes as a result of chemical reactions resulting from the minerals contained in the lake, possibly triggered by volcano gas activity.

The name Kelimutu can be roughly translated as the “Getting together mountains;” Keli means mountain, Mutu means get together. The locals believe that Kelimutu is under the reign of Konde Ratu, a supernatural king, who rules over the  spirits of the dead. Young spirits reside happily in Tiwu Koo Fai Nuwa Muri (Lake of the Young Men and Maidens); the old live in Tiwu Ata Bupu (Lake of Old People), while evil spirits dwell in Tiwu Ata Polo (Bewitched Lake). 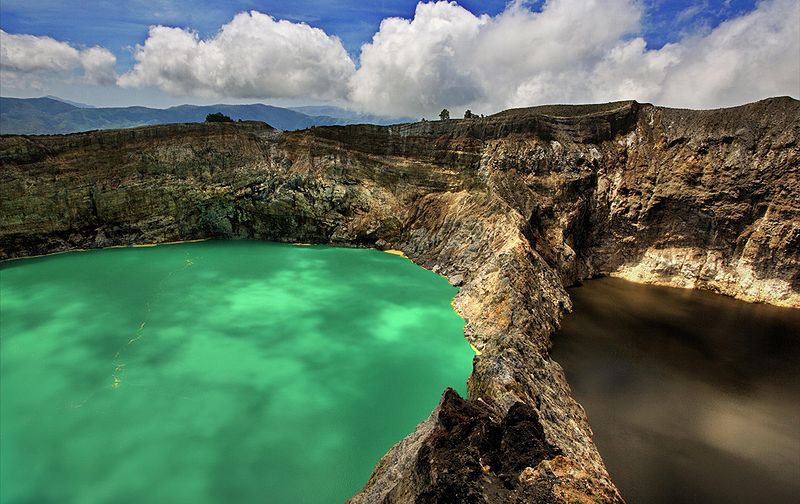 The Lakes of the Young and Old side by side, By: Neil Liddle

The lakes of the young and old lay side by side; a thin crater wall affected by wind, erosion and landslides separates the two. At the water surface fifty meters below, the wind has free reign, often causing small typhoons.

The color of the lakes has changed often in the last three decades. Strangely, this always happens in the middle of the night, nobody has ever seen it happen. In December 2008, the color of two of the three lakes changed. The water in Lake Tiwu Ata Polo turned from black to dark green, while Lake Tiwu Nua Muri Koo Fai turned greenish blue. In 2009 the color changed after only eight months. Last January, the colors changed again.

Speaking to the press last January, the head of Kelimutu National Park Center, Sri Mulyani said that Tiwu Ata Polo, which used to be green, changed to brown; Tiwu Ata Bupu, which was dark had turned green and mossy, while the Tiwu Nuamuri Kofai remained green. 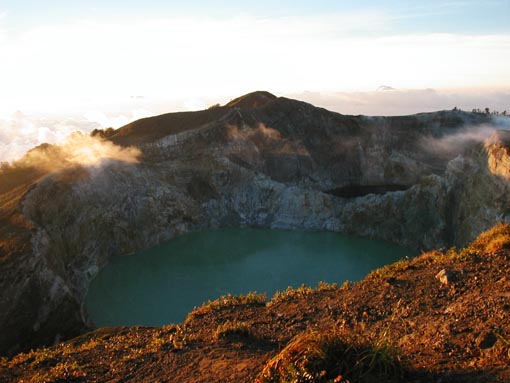 After intensive studies since 2007, the Indonesian Institute of Sciences’ (LIPI) Geo-technology Research Center concluded that the changes could mean an eruption was imminent. But local people have their own interpretation. According to them the color changes signify political and cultural changes in the region. The last January 2013 color change took place just three months before the East Nusa Tenggara governor election this coming March.

Kelimutu as a Tourist Destination

In the past, Kelimutu was just a resting place for the dead. Presently, the region has developed into a major tourist destination on Flores.

The other main port of call is the tiny island of Komodo; home of the komodo dragon. In 1992 the Kelimutu region was established as a National Natural Conservation Region. The sanctuary covers more than 5,356.5 hectares of sloping hills and forest, with over 70 different species of flora and fauna. An example is the garugiwa (pachycephala nudigula); a slender black bird with a green and yellowish body.

The number of tourists, according to head of Kelimutu National Park Center, Sri Mulyani, has been growing consistently, particularly in the last three months, following the current color changes in the lakes: “People are curious about the color changes and it encourages them to visit. In 2011, 28.068 people visited Kelimutu; in 2012 – 2013, the number of tourist increased to 34.198 visitors.

Ende and Maumere are both small towns; don’t expect any world class hotels here. But the towns offer some decent hostels, mid range hotels and bungalows at affordable prices. In Ende, Dwi Putera Hotel in Yos Sudarso Street is located about 100 meters away from the Museum of Soekarno; the house he and his second wife Inggrit Ganarsih lived for two years. Safari Hotel at Jalan Kelimutu is possibly the best option in this small seaside town; it offers an ATM, souvenir shop and car rental, as well as a pool.

In Moni, a small village near Kelimutu, the local government runs Sao Ria Wisata, some bungalows with Wifi. Flores Sare and Hotel Flores are about a kilometer away from government bungalows. 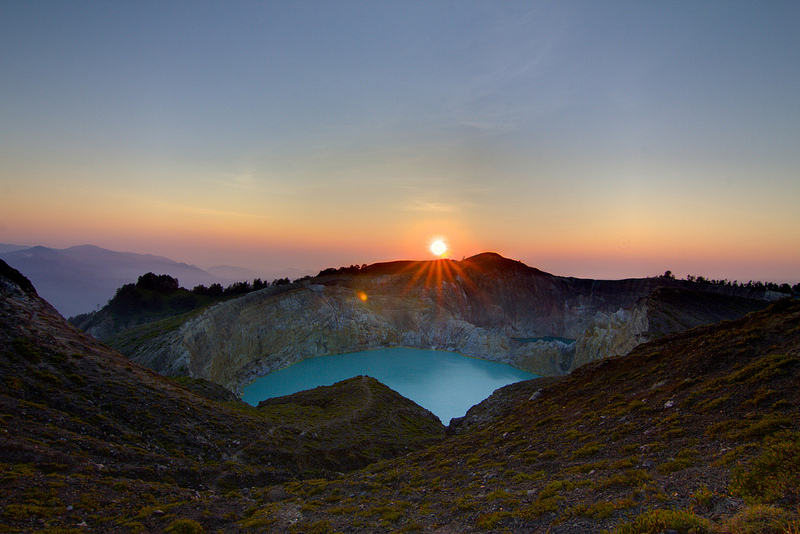 How to get to Kelimutu

Kelimutu is accessible by land, sea and air. Firstly, you can take a flight or ferry to Ende directly from Surabaya or Kupang, the capital of the province. In Ende you can rent a car and head eastward for almost 70 Km to arrive in Moni.  You can also travel through Maumere. From Frans Seda Airport, Maumere, you head westward to reach Moni. Kelimutu is best enjoyed in the morning from 6 -10 a.m. because weather conditions are best in the early hours.