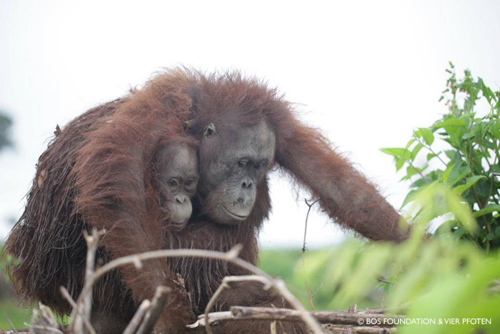 School students may have known Indonesia’s endemic cute animals such as the orangutan, the Javanese eagle and rhinos from books or magazines, but have they really ‘seen’ it? Most likely only a handful of them have. Those who still haven’t seen them can experience seeing these beautiful animals, only if they are willing to travel some 150 kilometers from Jakarta to an isolated enclave in Sukabumi’s countryside of Cikananga.

It will be a a whole-day and a rather tough journey, though. But don’t get daunted, the center also provides a lodgings for visitors. And in the early morning all exhausts would be offset with the flowing of nature’s orchestra. One would hear singing he or she has never heard elsewhere. ”Singing” may be an indulgent term, but the variety of cries that echo across the 1.5-hectare compound of the PPSC, the Indonesian acronym for Cikananga Animal Rescue Center is certainly unique – the calls of tigers, orangutans, bears, eagles, deer and panthers can all be distinctly heard. 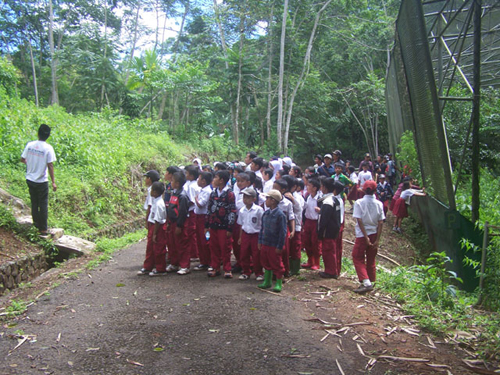 “School students are always welcome here,” said Resit Rozer, the PPSC director. Being a non-profit organization, the PPSC is dedicated to the conservation of wildlife and its habitat in Indonesia. Set up over seven years ago, the centre supports the government by returning illegally trapped and captured animals to the wild.

The animals are mostly taken from their masters – be they animal lovers or hunters — during PPSC’s operation. Here, they are rehabilitated, naturalized, and in time, released back to the wild. But that’s not always the case. Occasionally, people voluntarily give up their animals to the center for true love to their animals. Last month, a Sukabumi resident gave up a young crested eagle (Accipiter trivirgatus). Now the eagle is under medical treatment and rehabilitation. The PPSC team will soon train the eagle to revive its original nature. “It’s not easy for an animal that have been domesticated to regain its natural characteristics,” said Iing Animalica, a PPSC’s conservationist.

In the last three months, the center has released 25 Critically Endangered Black-winged Starlings of the West Javan subspecies (Sturnus melanopterus melanopterus) into the species’ native habitat in West Java. An area near the center was selected to execute a trial release for these species. While being suitable habitat for the species, the site is safe from wildlife hunting, capture and trade, and that the local community is very supportive towards this program. The trial release would also lighten the burden of monitoring and preparation of habituation facilities. 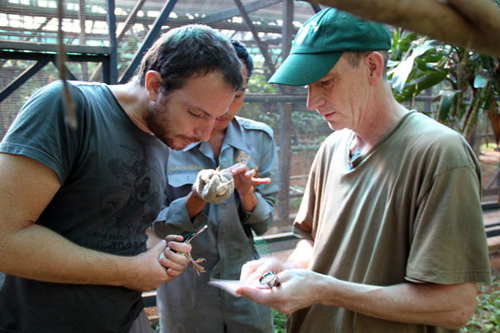 ”It’s never been easy to bring the animals here,” said Iing, ”The hunters are usually tough men who are ready to fight us. They don’t want us to stop them because it is good business for them.” As of today, the PPSC harbors 1,400 animals. Among them are Black-winged Starling, Sumatran Laughing-thrush, Javan Short-tailed Green Magpie, Javan Warty Pig, Javan Leopard, Sunbear, Orangutans and False Gharial.

PPSC and the Future

PPSC is part of Indonesia’s commitment to Convention on International Trade in Endangered Species of Wild Fauna and Flora [CITES], though it was built and financed by the Switzerland-based Gibbon Foundation. Based on the GF-Indonesia agreement and CITES, the Indonesian government is committed to taking over the GF’s role in financing the center after five years. In fact, when the GF ceased its financial support in 2007, the Indonesian government failed to carry out its commitment despite being a signatory of the convention since 1978. This led to a nightmarish situation. The animals were unfed. Workers were unpaid. Several animals died and PPSC workers should take moonlighting jobs. 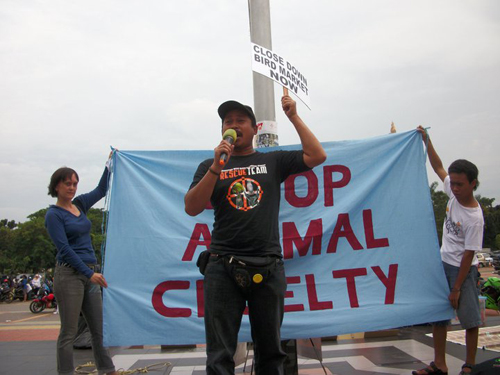 The center survives up until today – thanks to the strong commitment of its workers and volunteers. So far, it gets funding from Jatim Park II and Orangutan Outreach. But the tide of illegal trade in wild animals in Indonesia seems too big for PPSC. According to Indonesia’s Forestry Ministry, the country has lost a notional 650 million U.S. dollars in the last two years as a result of such smuggling. “The value of illegal trade in wild animals is catching up with that of drug trafficking. We need international support,” Resit told Latitudes.