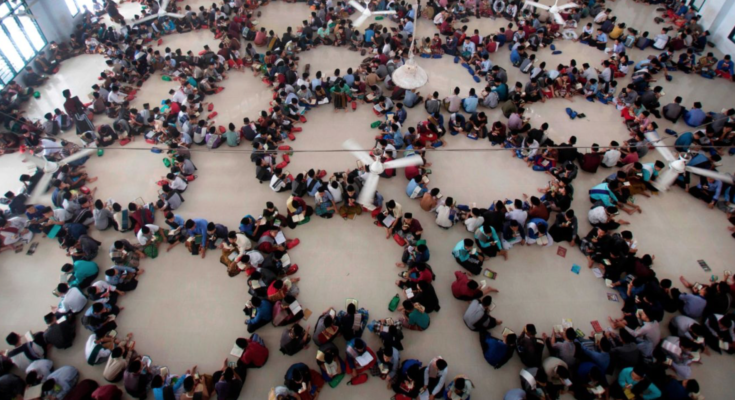 Muslims around the world celebrate the holy month of Ramadan by praying during the night time and abstaining from eating, drinking, and sexual acts during the period between sunrise and sunset.

Ramadan is the ninth month in the Islamic calendar and it is believed that the revelation of the first verse in the Quran was during its last 10 nights. The Quran describes this singular evening of worship as “better than a thousand months.” It marks the day when Muslims believe the angel Gabriel began giving Mohammed revelations from God.

Nearly 2 billion Muslims will enter Ramadan this coming week to re-connect with God through fasting, abstinence from sex and drink from dawn to dusk, praying extra dedications at home and in mosques in the evenings, and seeking forgiveness for trespasses. This heightened spiritual awareness brings communities and congregations together around the globe.