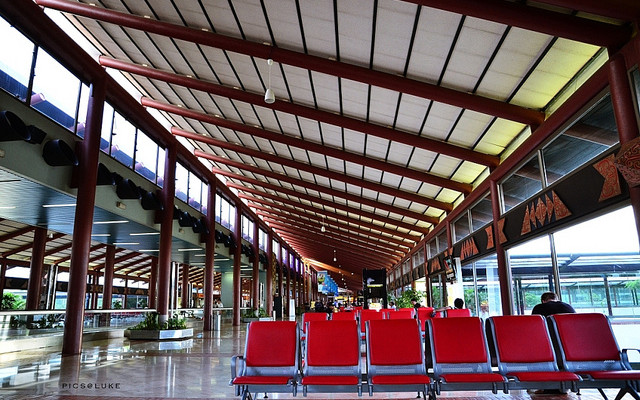 Arriving & Getting into Jakarta

Jakarta is serviced by Soekarno Hatta International airport, located about an hour driving (20 jampacked kilometers) from central Jakarta. The airport is often called Cengkareng by Indonesians, after the subdistrict it is located in. Many international airlines from Europe, Asia and Australia make Soekarno-Hatta their turnaround airport, while a number do continue on to Bali and Australia.

Somewhat surprisingly, Sukarno Hatta is one of the best on-time airports in the world (coming second in 2009)! This airport is also the hub of Indonesia’s own Garuda Indonesia as well as home for most of Indonesia’s regular domestic airlines and low-cost carriers (LCC).  Sukarno Hatta consists of 3 terminals, with the newly built low cost terminal being the latest addition.

For most international visitors a visa on arrival is mandatory (25 USD). Make sure you have USD, Euro or Rupiah at hand, otherwise you’ll have to ask permission to visit the ATM that conveniently is located after customs! Also, run if you want to be first in line…

From the airport you can reach the city by taxi or by bus. Taxis leave straight from the arrival hall. The time that only Bluebird taxis are reliable is over, but prices do differ between different companies. If a taxi depicts ‘tarif lama’ or ‘tarif bawah’ its fares are said to be cheaper. Also, check whether they use a meter (argo)! Reliable companies are: Taxiku, Express and Cipaganti (that also operates shuttle buses).

The Damri buses leave from terminal 2 and 3. DAMRI shuttle buses connect to numerous destinations in Jakarta and beyond; Gambir (the most appropriate for those going to Jalan Jaksa area), Rawamangun, Blok M, Tanjung Priok, Kampung Rambutan, Pasar Minggu, Lebak Bulus and Kemayoran (Rp 20,000) as well as directly to the neighboring cities of Bekasi, Serang (Rp 30,000), Bogor and Cikarang (Rp 35,000). The bus service from the airport operates until midnight (despite what taxi touts may say to you), is reliable and comfortable. You can get the tickets in the many counters after the airport exit. If arriving by an international flight to the terminal 2, head to the left after going out of the building until you see DAMRI ticket booths and bus stops. In terminal 3, the bus stop is in front of it just behind taxi ranks. Note that DAMRI service to the airport shuts down much earlier – for example, the bus from Gambir operates from 3.30am to 7.30pm.

Cipaganti also operates shuttle buses to Jakarta and beyond. They are stationed near terminal 1A, 1B, 1C, 2D, 2E, 2F. There minivans usually depart every hour and are a comfortable way of getting into the city.

A great option for those traveling on to Bandung is Primajasa. The buses leave hourly and cost some 75.000 Rp. The trip to Bandung takes between 2,5-3,5 hours, depending on traffic.